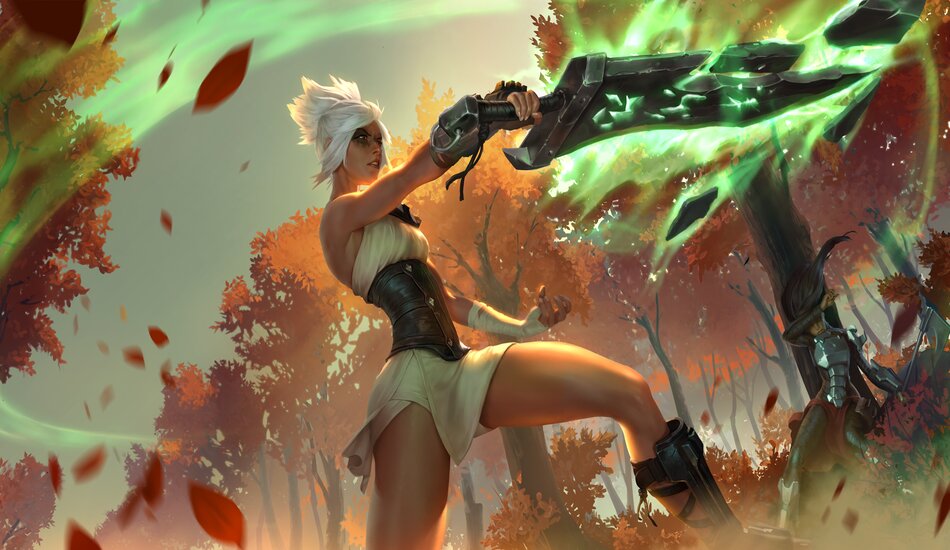 Players pick between one of eight champions, all starting with a premade deck. In addition, between each encounter, players select cards and powers to accumulate that will enhance their strength by a wide margin. Aside from adding on to their premade and Lab-exclusive powers, players can also add items to their cards that augment their effectiveness for the better.

Here’s the list of champions that you can pick from:

After selecting your champion, picking a power occurs right away. Every power and item that can be added to your cards are ordered earlier in their list based on their general usefulness and flexible power level. But due to how expansive this Lab is, some fringe options may be absurdly strong if you find the right circumstance for them.

Here’s a list of every power and item that players can find.

Every known item for units

Every known item for spells 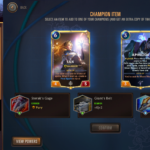 The 30 Nexus health you start off with is carried over between your matches. This means that if you have the means to heal in the middle of your combat, it may be worth avoiding winning in certain moments so you can find your restorative or Lifesteal cards to reach a higher health total before claiming victory. You don’t need to do this for every fight, though, since the game will restore your health to full after defeating the Thresh and Sejuani boss.

When it comes to picking items for your units and spells, you can always stack multiple items onto the same card, so it may be best to go for that when given the opportunity. This is due to the fact that having one card boosted to absurd heights of power can be better than having multiple cards at a slightly elevated level of strength, in addition to improving your odds of finding it.

Much like Journey to the Peak, this Lab is still considered an AI fight. That means you have infinite time each turn to consider the best play, so don’t feel too pressured when trying to find a specific line of victory. This is also enforced by Labs being a casual environment in general.

Tips for each fight

Spiders: As the first fight, it’s pretty easy to claim board control despite the free 1/1 Spider added to the AI’s hand each turn. Due to being within the first three encounters, this battle only has 10 Nexus health to defeat, allowing you to find lethal opportunities fairly quickly.

Mistwraith: As the name of this encounter implies, the enemy deck is filled with Mistwraiths that scale in power as the fight goes on. Try your best to defeat Mistwraiths that have low attack since any left alive will increase in power once a new copy is summoned.

Thresh: Even though he’s the first boss, Thresh still only has 10 Nexus health, making him vulnerable to getting burned. Since he starts with Vaults of Helia, trying to remove his threats before they die and get replaced by a higher mana cost unit will be paramount to victory. The most expensive unit in his deck is five, so once Thresh or Tortured Prodigy reach the board, the Vaults are effectively worthless.

Since Thresh is a champion, he always has a copy of himself in hand, so you should be ready to play around his champion spell, The Box, if you’re trying to develop your field. As long as you can clear the board and prevent Thresh from leveling up, you should be able to claim victory and then restore your Nexus to full health.

Hunters: As the second act of encounters, the enemy Nexus will now have 20 health. Since your weakest unit will be given Vulnerable each round, only play what you’re willing to lose if you can’t immediately protect it. Outside of that, there’s nothing too special about this encounter.

Scars: Since the enemy is starting with a free Scargrounds, you’ll need to try to avoid blocking enemy units with your weaklings. Otherwise, the enemy cards will be more difficult to remove later. While this might mean taking a little more damage, it may be worth it to help guarantee victory.

Sejuani: Similar to Thresh, you should expect to play around a Sejuani as soon as turn six and Fury of the North if she has four spare mana active. Since this is a boss fight, you won’t need to worry about healing to full in the middle of combat since winning will bring you back to full.

Foundry: As the final act of encounters, the enemy Nexus now matches your health and starts with 30. Since this enemy begins with Hexcore Foundry, you can mulligan your hand more aggressively because you’ll draw more cards than usual when compared to regular games of LoR.

This is one of the more difficult encounters within the Lab due to the free mana discount the Foundry has. Despite this, as long as you maintain board control, you should be able to claim victory since they don’t have many options for the late game.

Guard Bots: Every turn, this AI will summon a free Heimerdinger turret, which will give them a ton of free value and immediate tempo. While this will be difficult to overcome initially, all of the turrets are one health, making them susceptible to getting pinged off by one-damage abilities.

Outside of the AI’s power, their deck has a ton of weak Piltover and Zaun units and removal-based spells to try to halt your board development. Once the Elusive turret has been summoned, the Guard Bots will only summon 8/8 dinosaurs each turn.

Viktor: As the final encounter, Viktor has the greatest synergy between his power when compared to the other bosses. Since most of his followers start with multiple keywords, it’s easy for them to accrue many bonus stats that will quickly overwhelm you as you develop your board.

One major aspect to consider when tackling this encounter is that anytime Viktor adds a keyword to his units (through means like his Hex Core Upgrade or Mechanized Mimic), they’ll gain an extra +1/+1 in bonus stats. This means you need to look out for potential stat increases and play around those opportunities when they’re presented. 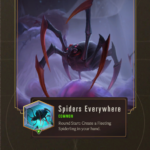 Players have until Feb. 24 to try out this roguelike Lab experience and claim their eight icons before it has a chance of rotating out.