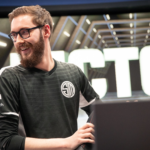 The 2020 edition of League of Legends’ highest stage, the World Championship, kicked off on Sept. 25 with the play-in stage. Time flies by when the best teams around the world start clashing, though, and the tournament concluded on Oct. 31 with DAMWON Gaming lifting the trophy, putting the LCK back on top of international play.

Despite the lack of a live audience (outside of the finals), Worlds 2020 delivered in terms of content, quality League matches, and storylines. While some unexpected talents found a way to show their true potential, others failed to live up to the hype.

Though each player on every team is one of the best competitors in their position, nerves can be a considerable factor at primetime tournaments like Worlds. Considering all players and teams come into the event with high hopes, a disappointing performance when it matters the most can cause squads to leave the stage in heartbreak. While you can write off some disappointing performances to simply having a bad day, Worlds is potentially the last place that you want to choke.

Some fans may think a team can’t recover from a soul-crushing main stage performance, but it can easily have the opposite effect as well. Players and teams at this level of League constantly look for a source of motivation. The desire to redeem past failures from Worlds 2020 can be their deadliest weapons going into the 2021 season.

Here are several storylines from Worlds 2020 that might not have panned out as the players or teams expected.

NA’s veterans couldn’t rise up to the challenge

First-time Worlds attendees are usually the ones to crumble under pressure, but that’s what veterans are there for. In addition to bringing experience to the table, veterans are in charge of harnessing the most out of hotshot players—and seeing the opposite happen may destroy a team’s odds of survival.

When the veterans are the ones showing signs of weakness when it matters the most, though, the rookies can only cover for them for so long.

Doublelift’s fans were ready for him to finally show his best performance so far in Worlds history this year. But those expectations will be postponed until further notice. After his surprising transfer to TSM, the team went on to capture the 2020 LCS Summer Split title, the org’s first since 2017.

Doublelift started off Worlds 2020 consistent with his farm, but he seemed twitchy. He began getting caught out of position and looked like he couldn’t read the lane situation like he always does, leading to even more mistakes. The level of communication with his longtime duo, Biofrost, also seemed relatively lower than usual. TSM’s experiments within the support role yielded better results with Treatz in the driver’s seat during the Summer Split, but it was ultimately decided that Biofrost’s Worlds experience could help them more in the long run.

That decision seemingly didn’t work out and Doublelift’s constant overextensions in lane got him killed at the worst times. He never had his summoner spells when he needed them the most and averaged the worst KDA ratio among all the AD carries at Worlds, according to League stats site gol.gg.

TSM’s downfall wasn’t entirely on Doublelift, though. While the team lacked the chemistry they exhibited throughout the summer, TSM’s veterans let down the young talent who played their hearts out. The efforts of Broken Blade and Spica were left hanging due to the uncharacteristically lousy performance of the team’s veterans.

Bjergsen found himself struggling quite frequently during laning stages and repeatedly got hit by skillshots that forced him to base, making him miss crucial CS. His rotations around the map failed to click with the rest of his team and most of his attempts resulted in him falling even more behind on farm.

Though any player can simply have off days and perform worse than usual, Bjergsen and Doublift didn’t have this luxury at Worlds 2020. The two experienced NA players had to lead the youngsters of the squad to glory, which is now a dream that will have to live to fight another day. The fact that TSM got into the history books by becoming the first No. 1 seed to crash out the tournament with zero wins may make it harder for the team to recover. But if a phoenix can rise from the ashes, so can TSM.

This has been a year to forget for almost all of the NA teams. FlyQuest landed in one of the tournament’s toughest groups, but the game they won against Top Esports showed they had what it takes to advance to the next stage of the tournament. As one of the oldest players in the tournament, there were already questions about whether Solo would be able to keep up with the young blood. Though 2020 was Solo’s first World Championship, the veteran top laner came into the tournament with a consistent track record from the regular season.

Most of FlyQuest’s problems originated from the top lane. Solo started the tournament in a confident manner but failed to find his rhythm, which broke him over time. While he looked like he was making space for his team around the map, he died too many times. During FlyQuest’s match against TES, in particular, Solo’s early-game performance allowed the Chinese team to score a couple of easy kills on him to snowball out of control.

If you were to analyze MAD Lions’ play through stats, you could write their performance off to an unlucky draw or on-stage nerves.

The LEC’s fourth-seeded team came into the play-in stage with high hopes only to get knocked out by Papara SuperMassive, the TCL champions. This wouldn’t have been as big of a problem if SuperMassive made it into the group stage, but they ended up getting swept by Unicorns of Love after eliminating MAD Lions and adding salt to a fresh wound. 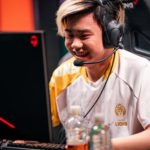 MAD Lions’ promising start to the play-in stage was quickly overshadowed when they started crumbling against SuperMassive due to Shad0w and Orome’s limited champion pools. It was clear that the team had no time to play around the constant top lane pressure of SuperMassive and Orome had to survive through the lane while on tank duty.

While Orome was able to soak the pressure and become MAD’s dedicated tank, his lack of experience definitely showed over time. He just seemed uncomfortable throughout the series.

Shad0w played a good part of the series as Graves, who was one of the more popular champions in the Worlds meta. But it was also apparent that Graves didn’t have what MAD Lions needed against a team like SuperMassive. The young jungler tried his luck with Lillia and Sett, but he was outclassed by KaKAO when it came down to farming and overall effectiveness around the map.

This doesn’t mean that MAD Lions is a hopeless team, however. Gameplay-wise, MAD were one of the more consistent rosters in the tournament. The squad can undoubtedly become a top contender with a broader champion pool that’d allow them to adapt against different playstyles.

The European region was so close, yet too far

When the Worlds knockout stage bracket was determined shortly after the group stage ended on Oct. 8, most fans were surprised to see how the teams were spread out. The bracket’s upper side featured all the Chinese teams in the tournament with Fnatic, while the bottom side featured the Korean teams and G2.

The only time two European teams got to clash in a Worlds final was in 2011 and the region has only made it to the finals twice after that. The stage was set for a regional tale, but it was canceled before it could even take off.

Though G2 advanced to the semifinals with a clean sweep of Gen.G, Fnatic lost against Top after holding a 2-0 lead in the best-of-five series. Fnatic looked like they were going to move on to the semifinals to keep the all European final dream alive, but TES decided to wake up and reverse sweep Fnatic.

G2 crashed out in the semifinals against the inevitable champions, DAMWON Gaming, fading away as the European region’s last hope.

Came out of the play-in stage for this?

The level of competition in this year’s play-in stage was at an all-time high. Each region meant business and the rosters were filled with impressive talents. While Team Liquid and PSG Talon were able to make it to the main event by placing first in their groups, four teams had to go through an elimination bracket to advance to the main event.

The team that everyone had their eyes on in this stage was MAD Lions, but they found themselves out of the competition during the first round after a long battle against SuperMassive. The Turkish champions looked like they had MAD’s number and proved to be strong candidates for the main event—until they faced Unicorns of Love.

UOL swept SUP to advance to the main event and looked impressive while doing so. They weren’t considered a contender to win the tournament but UOL certainly had the potential to upset higher-seeded teams.

UOL’s main stage performance wasn’t close to how they played in the play-ins, however. The team clearly struggled to keep up with the rest of their group. TES, DRX, and FlyQuest didn’t give the CIS representative a single chance and none of them dropped a game against UOL.

It certainly felt like the UOL on the main stage was composed of entirely different players who looked out of their element. While MAD weren’t even close to making it to the main event, it still left fans wondering whether a MAD Lions squad on a good day would be a better fit to come out of that bracket for the sake of the competition.

Suning came into Worlds 2020 as the third-best team from China with a shaky track record. No one doubted their skill, but they were one of the more inconsistent teams heading into the tournament. Suning were a team that could beat anybody, but they could also lose to the most unexpected opponents as well.

The latter didn’t happen, though. Suning started the tournament strong by topping their group only to find themselves stacked in the upper side of the knockout stage bracket against their Chinese rivals. Suning had to go through two teams that had a better season in their domestic league and most fans believed they’d crash out of the tournament before the finals.

Suning made quick work of both JD Gaming and Top, though. Their performance showcased that the LPL placements meant nothing and they were simply the best team from China at Worlds 2020. Suning knocked both of their domestic competitors out of the tournament while only dropping a single game against each of them.

The Cinderella story was cut short by DWG, however. Though the Chinese dark horse took a game off DWG, they weren’t strong enough to resist the pressure and lost 3-1 in the finals. While their magical run to the finals was definitely impressive by itself, Suning were unable to crown their run with a title to make it immortal.