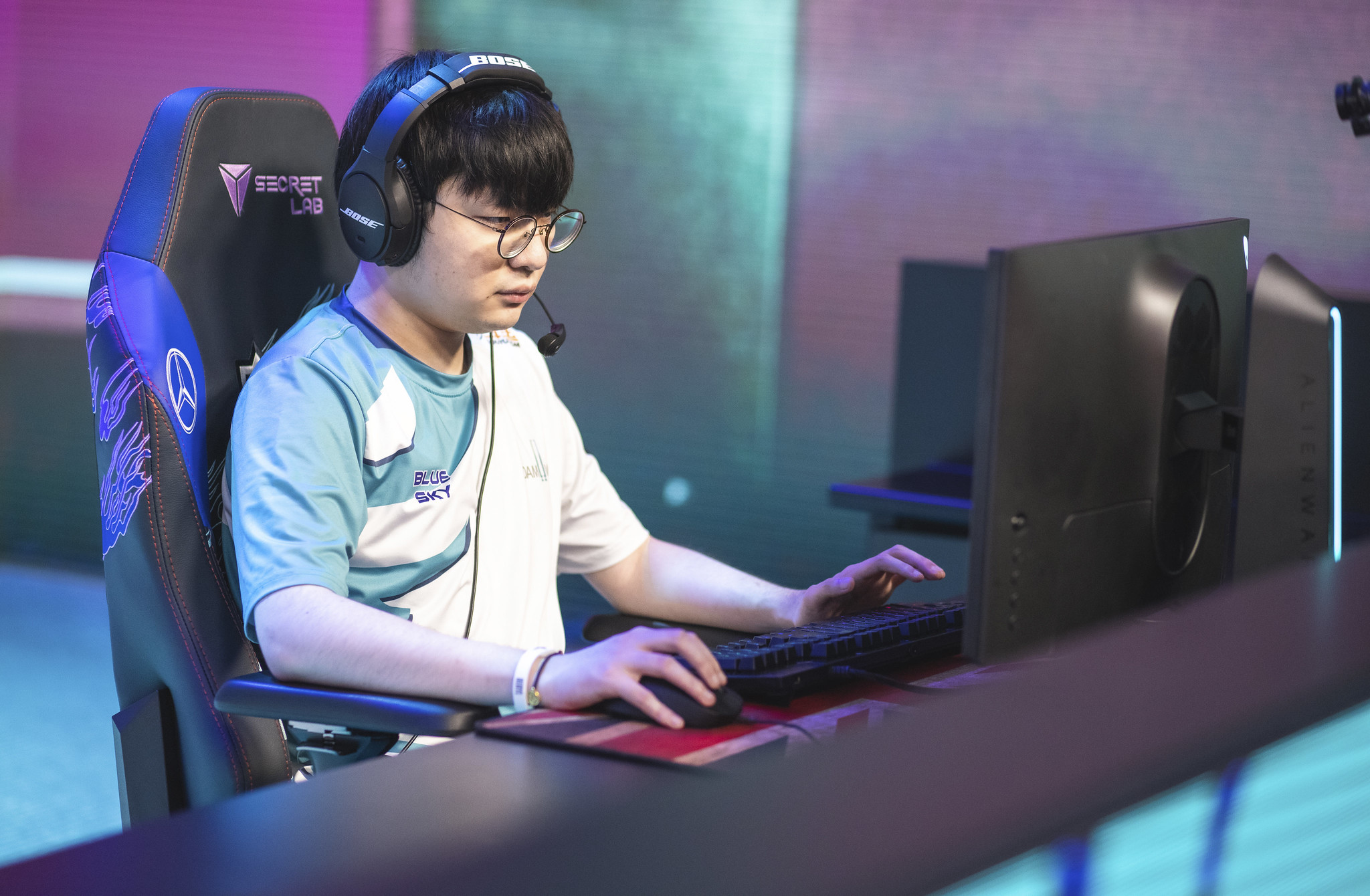 Going into this rematch the odds were against G2 due to how dominant DWG were throughout the entire year. They had one of the most dominant splits in the LCK, completely crushing the opposition. The solo laners of Jang “Nuguri” Ha-gwon and Heo “ShowMaker” Su popped off this series, outmaneuvering Wunder and Caps from G2’s side in every game.

The series began with a surprise flex Lucian into the bottom lane by G2. This tactic didn’t pay off, however, with DWG looking prepared for such a tactic. DWG’s Kim “Canyon” Geon-bu took over the game early on from the jungle, snowballing his teammates and closing out the first game of the series without any issues.

After the devastating loss in the first game, G2 picked the red side which seemed like a huge mistake for the second match. DWG were on a winstreak on the blue side and were seen as the favorites to win it.

Once the game started G2 played like heroes. They got an early lead and maintained it throughout the game, stopping DWG’s blue side 25-game winstreak.

In the next two games, DWG adjusted their drafting phase, baiting out G2 into picking certain champions and then countering them with surprise picks. This tactic worked out wonderfully, allowing DWG to secure the next game win and putting the series at match point in their favor.

After being destroyed in the third game, G2 pulled out five comfort picks in all lanes with a hope to withstand LCK’s crushing might. They weren’t able to deliver with DWG dismantling them in one of the fastest games at this year’s World Championship.

G2’s competitive run is over this year. They didn’t look as dominant as the previous year and weren’t seen as one of the favorites to win it all. Even after taking down Gen.G in a clean 3-0 sweep last week, everyone was doubting whether they’d be able to take down DWG as well, who are on an entirely different level.

DWG will face the winner between Suning and TOP Esports next week on Oct. 31. Tune in to find out who will reign supreme during this year’s World Championship at 4am CT.