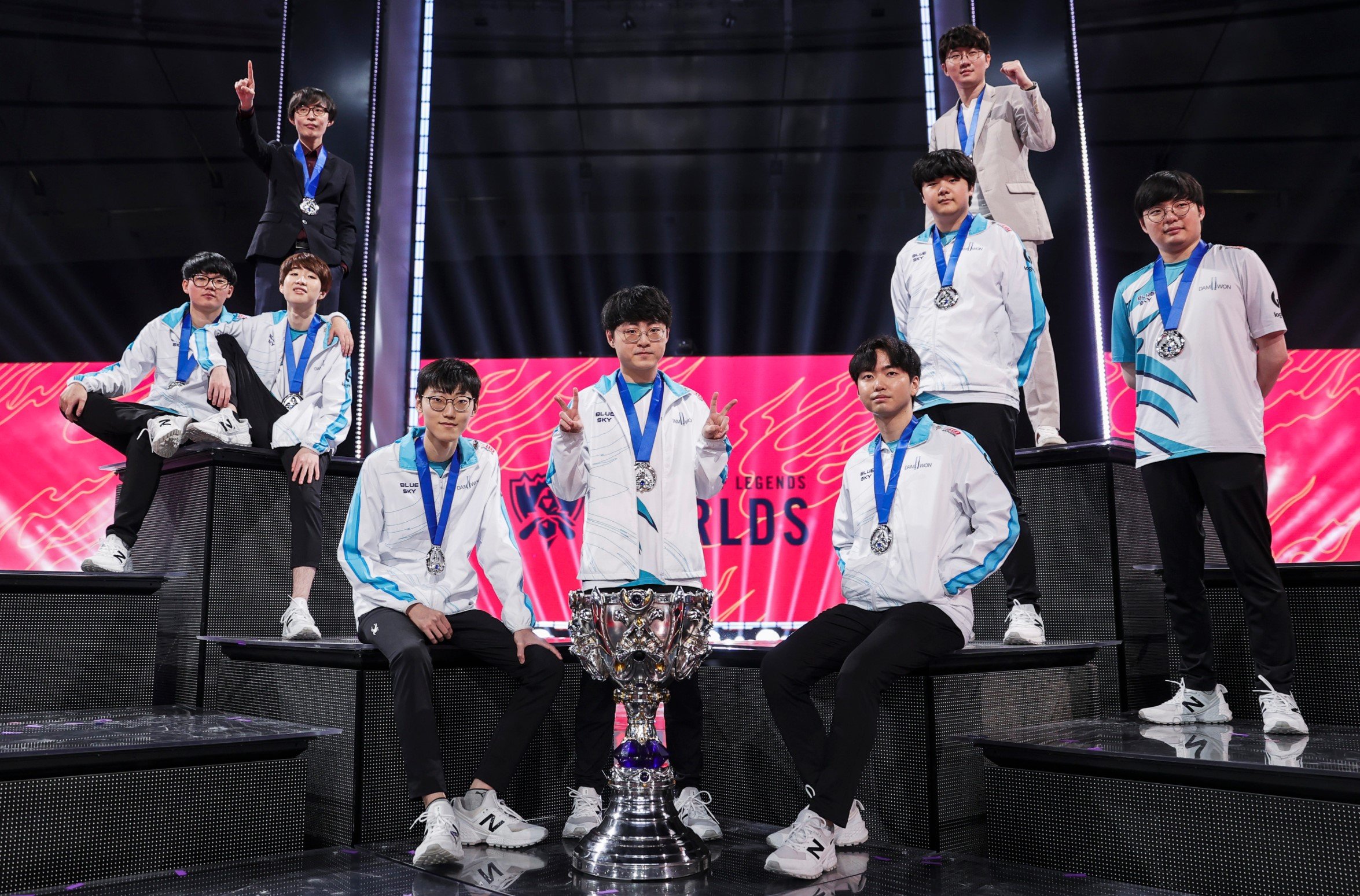 Six months ago, DAMWON Gaming were a middle-of-the-road team hovering around fifth place in the LCK. After getting bounced from the Spring Playoffs by DRX and finishing with a 9-9 record for the split, the team had been counted out of Korean domestic play for the foreseeable future. Even despite reaching the League of Legends World Championship in 2019, it was becoming largely accepted that this new era of DWG was destined to be simply average.

That was until the team blazed a path through the entirety of the LCK and eventually, the world. Once the Summer Split kicked off, DWG turned things around at the drop of a hat, blossoming from a borderline LCK playoff contender to a genuine international threat within weeks.

DWG posted an unbelievable record of 51-8 from the start of the Summer Split all the way to today’s Worlds final, as the halfway point of the season marked a true turning point for the organization. Players like ShowMaker, Ghost, and Canyon went from reasonably good pieces of talent with potential to world-class superstars in the matter of just a few games.

But even the team’s 37-5 record in domestic play this summer was one-upped by a World Championship run that cemented this roster as one of the strongest to emerge out of Korea.

What’s most poetic about DWG’s run to immortality is the fact that the team had to overcome so many of its former demons to secure its place at the top.

Perhaps it was fitting that DWG toppled DRX in the quarterfinal round of this year’s World Championship, considering that DRX got the better of DWG during the Spring Playoffs earlier this year. What’s even more fitting is how DWG breezed past G2 Esports—the team that knocked them out of Worlds 2019—in this year’s semifinal round. The retooled and polished DWG roster sought a deadly combination of redemption and vengeance against every team that supposedly had its number.

“[DWG] seemed like a bunch of rookies who played through relying on their mechanics in 2019,” the team’s head coach Zefa said after today’s final match. “This year…they were able to learn more about the game, so they also became very smart about the game. That’s why they won Worlds.”

But what’s most fitting of all is how DWG overcame a challenger from the LPL in Suning during the tournament’s final round. For the last two seasons, the LCK had been denied a trip to the Worlds finals. Not since 2017, when Samsung Galaxy lifted the Summoner’s Cup, had a team from Korea even had the opportunity to play for a title. The region’s five-year run of dominance had been shelved in 2018 and 2019 when teams from the LPL and LEC played in the Worlds finals on back-to-back occasions.

But with DWG’s win today, the LCK is firmly back on top of the world. The fact that DWG had to claim victory over the region took the crown from Korea in the first place only makes this world title that much sweeter for a team that felt like it had been destined to win since the tournament began at the beginning of October.

But regardless of any narrative or storyline surrounding DWG after this World Championship, the undeniable fact that this team can wear proudly on its shoulders is that it went on one of the most dominant runs ever to close out a given season of competitive League of Legends.

With a final game record of 51 wins in their last 59 games and a record of 14-3 at this year’s World Championship, DWG wrote themselves into the history books as one of the best teams to win Worlds. Only the 2015 iteration of SKT, which went 53-7 in its run to that year’s world title, managed to win a higher percentage of its games down the stretch than this year’s DWG roster.

After last week’s semifinal victory, Nuguri cited the team’s ability to “learn a lot while winning,” emphasizing that they only get better with each game they play. Considering the team’s 86-percent win rate across the Summer Split and World Championship, it’s fair to say that DWG just got better and better. No one on the roster stopped to even catch their breath at any point between June and today.

An unprecedented 2020 season saw DWG catapult themselves all the way to the top of the international League landscape. As the professional scene faced challenges unlike ever before, the LCK representatives rose to meet every single one of them.

When the circumstances were more difficult than at any prior point in the history of professional League of Legends, DWG managed to not only secure a Worlds title but do so in emphatic fashion.

A dynasty in the making

Moving forward, don’t expect this DWG roster to vanish into thin air. The organization has put together a winning product that could dominate the greater scope of the LCK—and the world as a whole—for years to come.

With multiple players who could arguably be considered the best in the world at their respective positions in Nuguri, Canyon, and ShowMaker, DWG is posed to dominate professional League for a long time. That is, of course, assuming the organization makes an attempt to keep its core of star players together following their historic run to a Worlds title.

Nuguri and BeryL will both be on the market when free agency opens up in just over two weeks, considering their contracts with DWG only run through the end of the 2020 season. The rest of the roster, however, is under contract though at least the end of 2021. If DWG is going to make a run at a repeat, it’ll have to lock down some of the most important pieces of a roster that carried the organization all the way to the top in 2020 before they become fair game for the rest of the world.

And even if DWG does manage to return to the Rift in 2021 with the exact same outlook as 2020’s championship-winning team, repeating a run like this one will be a tall order. Only on three occasions has a previous world champion even qualified for the tournament the following season for a chance to defend the title.

But the potential of this roster is unmatched by any other team in the world as it currently stands. Heading into 2021, the question is not whether DWG can repeat as world champions, but rather, who’s going to actually rise up and stop them?

Fresh off today’s victory, there’s no reason to believe that DWG shouldn’t be just as dominant in 2021 as it was at the back-end of 2020. With groundbreaking results under its belt and the potential to keep one of the most dominant rosters in League history together for another chance at greatness next year, we could very well see DWG hoist the Summoner’s Cup at this time next year too.