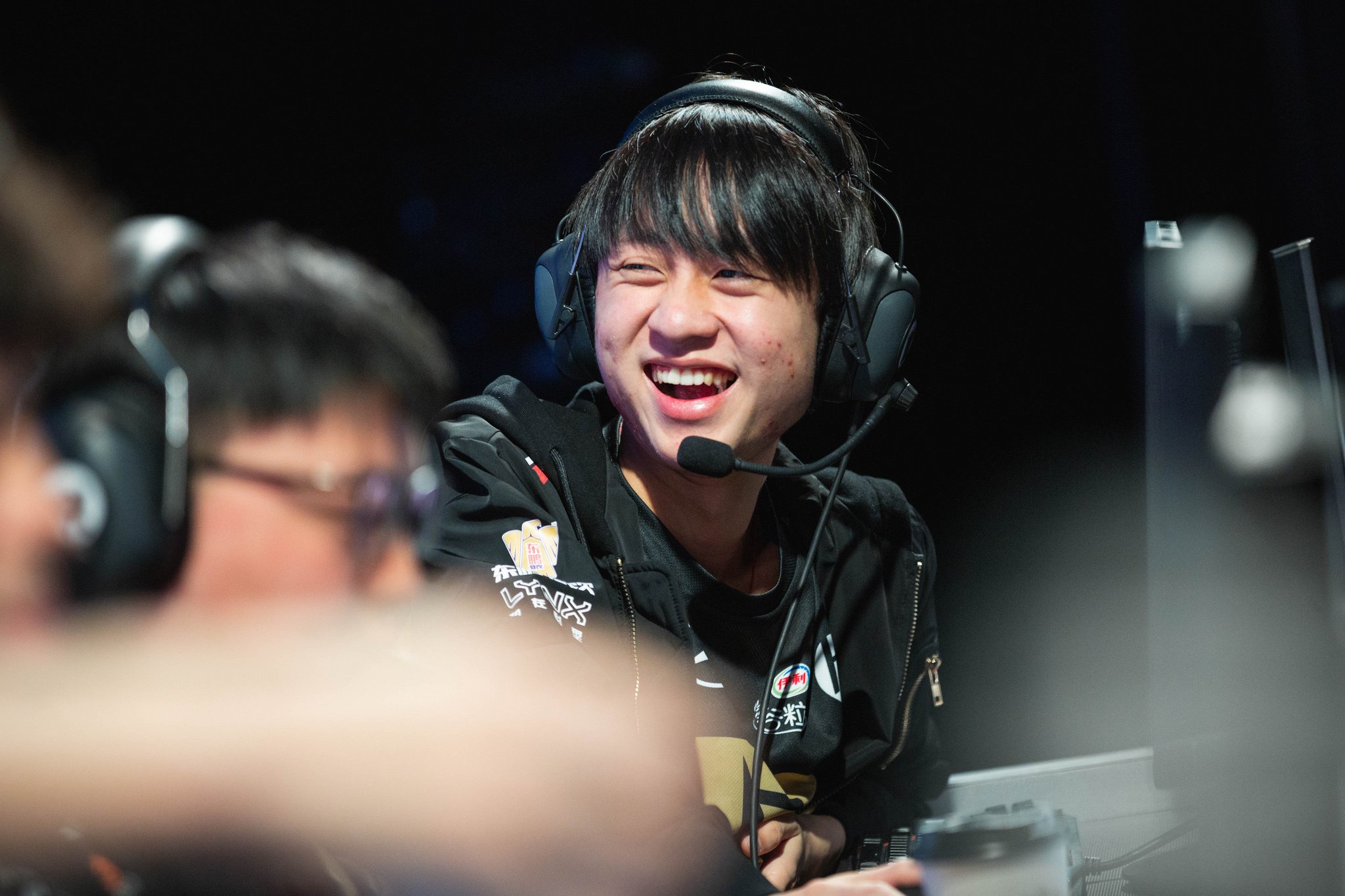 After a night full of intense games, China’s Royal Never Give Up will head into the World Championship quarterfinals as Group B’s top seed.

Despite ending the night as Group B’s best team, RNG experienced multiple defeats over the course of day five of the group stage. In today’s opening match, RNG suffered their first loss of the tournament to Europe’s Team Vitality.

Then, in their next game, RNG once again lost, this time to North America’s Cloud9. After starting the day 0-2, RNG decided to bring in their reserve jungler Liu “Mlxg” Shi-Yu prior to their match against South Korea’s Gen.G.

The change in jungler saw positive results, with RNG beating Gen.G in dominant fashion. But Mlxg and RNG’s biggest and final test of Group B would be beating Sunday’s hottest team: Cloud9. C9 had won all three of their matches and looked like they could top the group.

In an insanely-close tiebreaker, both teams were relentless, always willing to fight. But despite this constant skirmishing, neither team could edge out a huge lead from these fights. Instead, both teams suffered major injuries, causing them to return to their base, unable to tackle a major objective.

This stalemate continued until 38 minutes, when RNG support Shi “Ming” Sen-Ming landed an incredible Rakan ultimate onto Cloud9’s mid and support. Ming’s engage led RNG to a fight where they aced Cloud9 and then ended the game with the help of C9’s long death timers.

As the first two teams to qualify for the World Championship bracket stage, both RNG and Cloud9 will have to wait until Oct. 17 to find out which squads they’ll face in the quarterfinals.