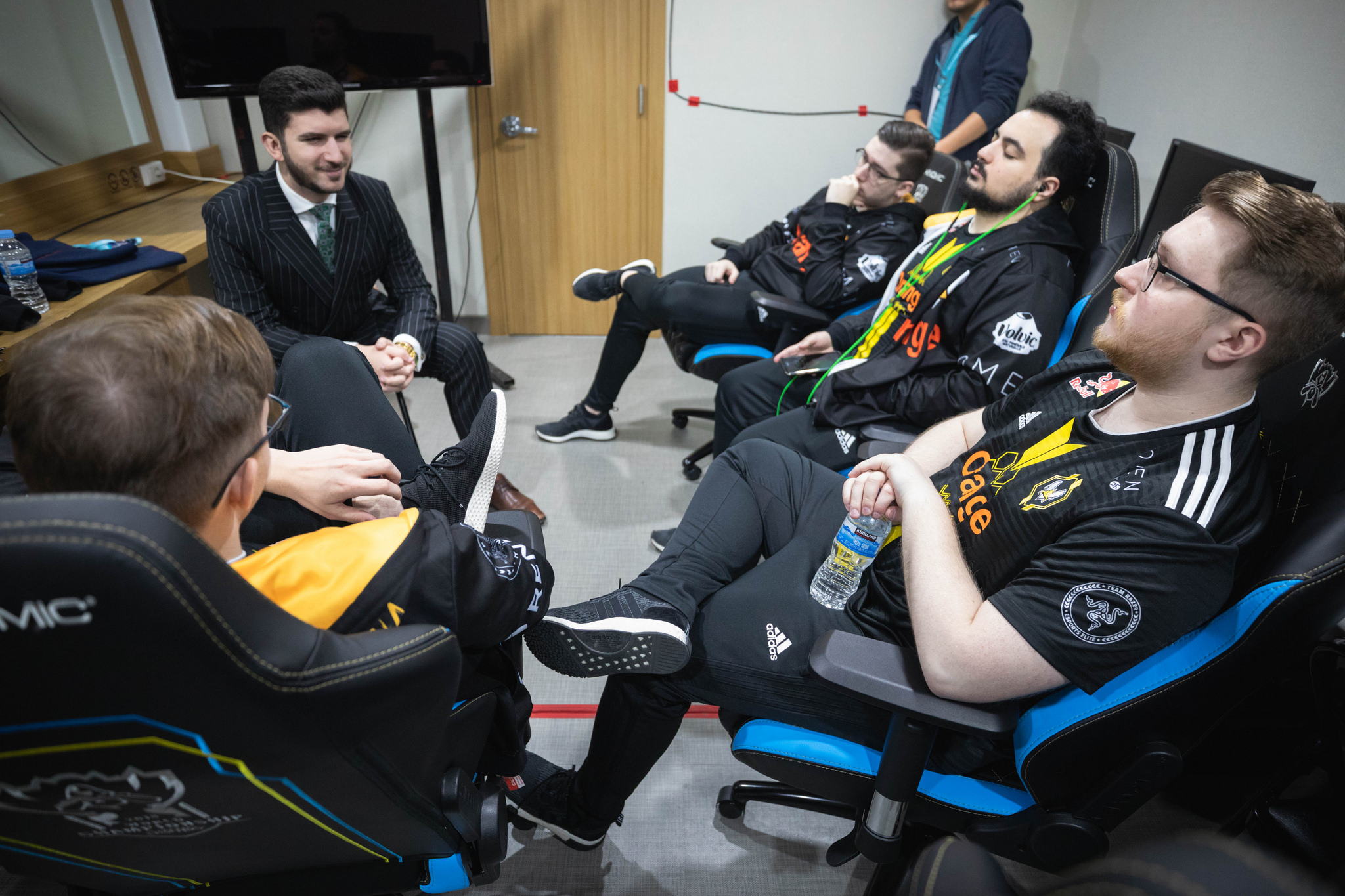 Team Vitality have conquered the towering giants, handing World Championship favorites Royal Never Give Up their first loss of the tournament in an exciting day five opener.

“People say that we’re trapped in this group,” Vitality said after the World Championship group draw in an interview with Inven Global. “But it’s the other way around, RNG and Gen.G are trapped with us.” The reaction to this flash of confidence from Vitality was major skepticism. Vitality were unable to even make the finals of the EU LCS Summer Split, so beating either the current world champions or favorites to win the upcoming World Championship was a hard sell.

Related: Vitality doesn’t seem to think they’ll have an issue with RNG and Gen.G at Worlds

But Vitality beat Gen.G. With one name scratched off their group stage hit list, Vitality had another target in their sights: RNG.

After being defeated in their first meeting with the LPL champions, Vitality decided to rely on AD carry Amadeu “Attila” Carvalho’s Draven pocket pick. And although Atilla played well, ending the game 6/1/6, Vitality’s true carry in their win against RNG was support Jakub “Jactroll” Skurzyński’s Thresh.

With the gold and pressure advantage, Vitality ramped up their aggressiveness, while Jactroll continued to hit hook after hook. Once Vitality took the Baron, they were ready to end the game. RNG AD carry Jian “Uzi” Zi-Hao tried his best to carry the game as Kai’Sa, but he had no one to protect him as Vitality shredded through his frontline.

This was a crucial win for Vitality after losing their last two games. And Group B’s first-place spot is still up for grabs.