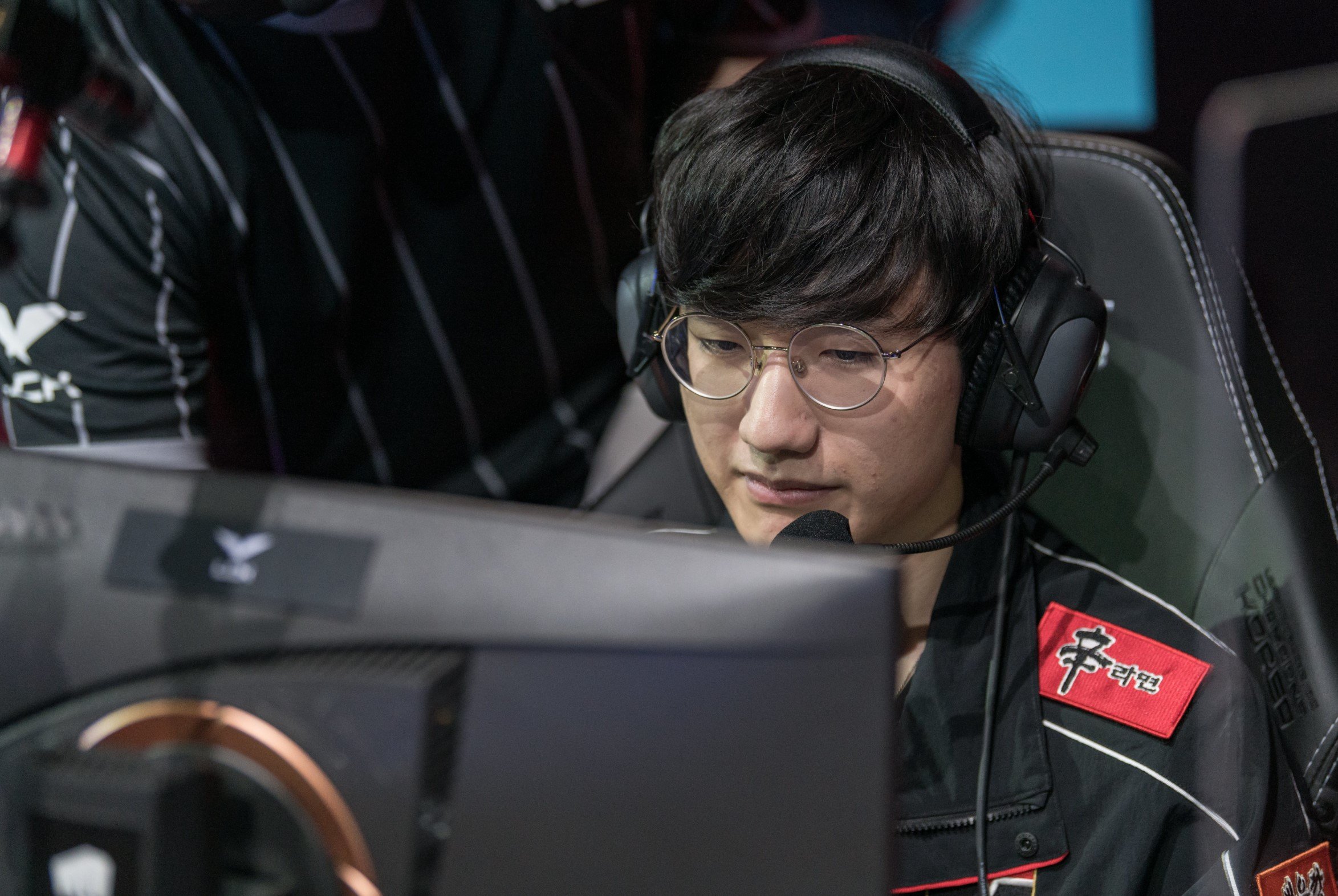 Nongshim RedForce picked up an easy 2-0 win over KT Rolster to finish the sixth week of the 2021 LCK Summer Split. This victory extends their win streak to four games, while KT Rolster is slowly losing their hopes of making the playoffs.

AD carry deokdam and mid laner Gori picked up the MVP votes for today’s League of Legends series. Both carries had a strong showing throughout the series, with the AD carry picking up the first vote after a strong Aphelios performance, while Gori earned his vote by carrying the second match with his Sylas pick.

The first match of the series opened up with various aggressive plays from Peanut, who used Volibear to constantly invade his opponents. He built a lead for his team all over the map and helped them transition into the midgame with an item advantage over their opponents. Although KT had a great teamfighting composition, they fell too far behind early on and lost the first match of the series because of it.

In the second match, KT banned away key picks from NS that helped them win the first match. They looked much better early on and put up a good fight against NS’ overaggression. Once the match got to midgame, however, NS was able to use their better teamfighting abilities to dominate the match and finish the series 2-0.

NS (9-3) will return on the Rift next week in an easy match against Fredit BRION (5-7). They should easily take them down and continue their win streak in the 2021 LCK Summer Split.