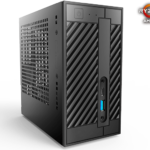 When it comes to buying a gaming PC, it’s easy to get it wrong without the right guidance. If you don’t know exactly what you’re looking for, it’s possible that you’ll get a PC that fits your budget but not your needs.

One thing you can do is build your own PC with your own requirements. But if you want to save yourself the time and effort, this article on the top gaming PCs under $500 is for you.

You don’t have to splurge to get a PC that’s suitable for gaming. There are many budget desktops that are good enough for even high-end games. You may be wondering what other factors you have to consider to make the right choice.

The processor is usually the first thing people want to know about when buying a PC. You want a processor that’s capable of supporting even the most intensive games. For some games, a not-so-strong processor would greatly diminish the system’s performance and frame rate.

You should also find out the PC’s RAM capacity. A PC under $500 with a small capacity would slow down significantly if multiple programs are running at the same time. In addition to that, highly demanding games may not run, or if they do, you may face multiple bugs. The general storage capacity of the PC should be as large as possible so you can save your games and other files and applications with ease.

Since you’re looking specifically into gaming PCs under $500, the graphics have to be top-notch. Many modern games have vivid visuals and only a PC under $500 with the latest graphics cards will be able to run them to that capacity. If you can’t run the game at the highest setting, your PC should meet the minimum requirements of the game to run at a low setting.

Other features to look into are WiFi settings, as well as the presence of USB ports to allow you to connect external gaming devices. The general hardware design, cooling systems, and visual performance are other things that shouldn’t be overlooked in the consideration of the best gaming PCs under $500.

The Periphio Reaper is an under $500 entry-level gaming PC, and you need to align your expectations with its hardware. You’ll get what you are paying for. Of course, it can’t render highly graphical games, but you can expect it to run some games like Minecraft or League of Legends smoothly. The Periphio Reaper gaming PC comes with an Intel i5 6500 processor and Intel HD Graphics 530. Also, 16GB of RAM and 240GB SSD are available. You can get more powerful configurations by adding a few hundred bucks to the base price.

There are enough connectivity options ranging from USB to WiFi. This means you can connect external devices and access the internet with high bandwidth.

The downside to the design is that upgrading hardware becomes difficult because of its small size. The computer also doesn’t come with a keyboard or mouse, or even an operating system. Nevertheless, it’s still an impressive budget computer.

Dell has a rich lineup of gaming PCs, and it also won’t disappoint those with a tight budget. The Dell gaming Optiplex 990 is a mini-tower computer that offers a performance commensurate with its price level. It features an Intel Core i7 processor that runs at up to 3.8GHz and uses an NVIDIA GeForce GT 710 as GPU. Also, an option for controlling RGB lighting with a dedicated remote might give the sense of a premium gaming PC.

The first thing you’ll notice is the beautiful design of the PC. For those who want a device that’s performing well and aesthetically pleasing, the Lenovo Erazer X315 is a good pick. The front lighting and one-touch cover door are two things that stand out. Another thing you’ll notice while playing games is the wonderful audio.

A great processor, coupled with ample storage, memory, and a graphics card that can handle resource-intensive games make this PC one of the best devices under $500.

This is a good example of why you should never judge a book by its cover. The HP 8300 may only boast a basic keyboard and mouse and a design that’s not aesthetically pleasing, but it has incredible power. The focus is on effectiveness and performance.

You can expect high performance with the HP 8300. It has an Intel Core i5 processor, eight GB of RAM, and a one TB HDD. This all means the speed of gaming is incredible. In addition, the NVIDIA GT 710 graphics, which is 4k certified, is also a bonus.

The Dell Optiplex 7020 isn’t your regular gaming PC. Although it doesn’t have a lot of flashing RGB LEDs and a dedicated gaming graphics card, it packs top specs that can run games at high frame rates. At less than $500, you can’t go wrong with the Dell Optiplex 7020.