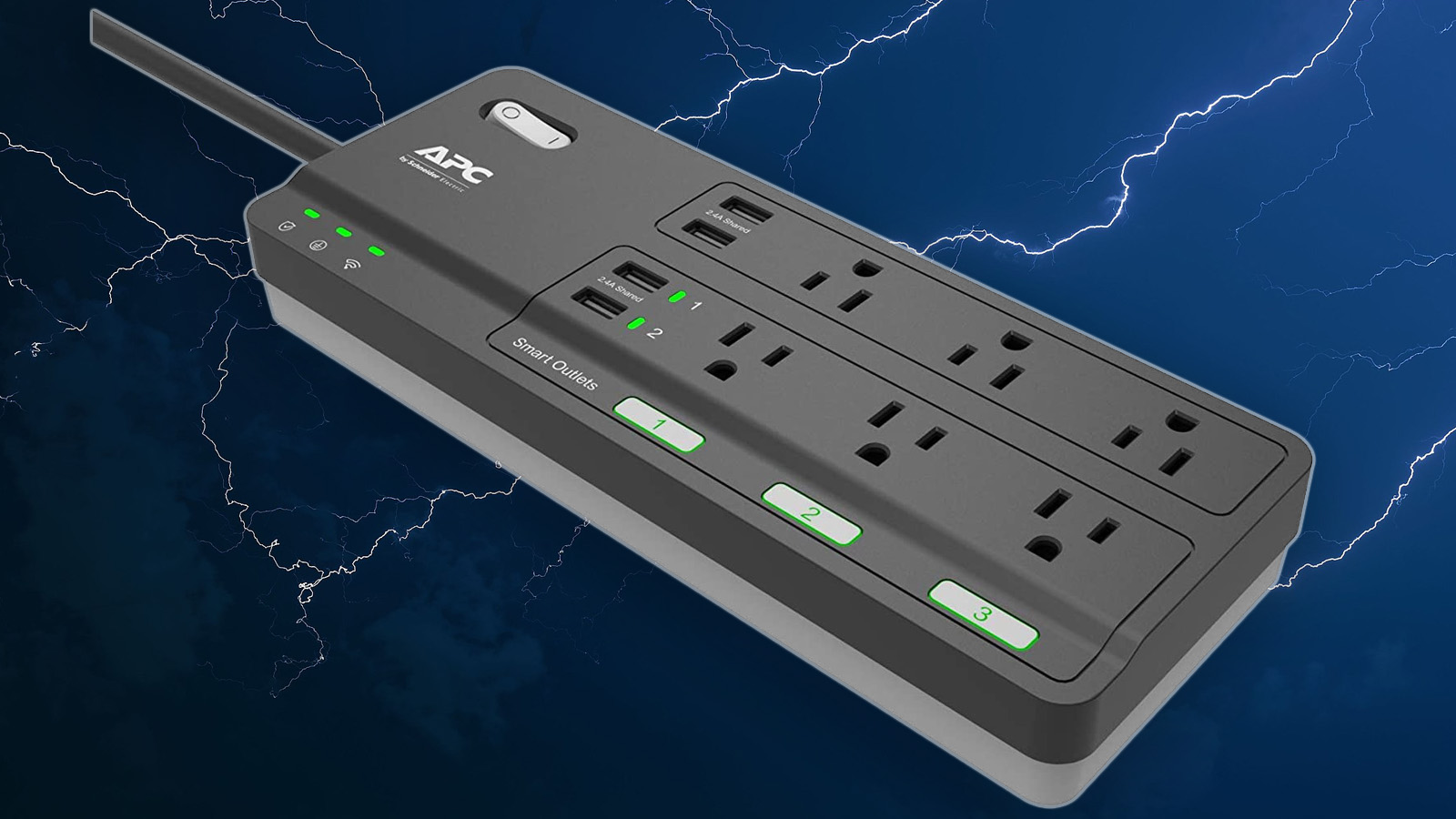 Image via Wikimedia Commons and APC on Amazon

Suffering a power outage while playing games online is painful enough. However, the pain increases tenfold if the outage causes a surge that fries your gaming rig, forcing you to outlay money to replace damaged hardware.

It’s a prospect that makes any gamer shudder, but the good news is you can avoid this situation by adding a surge protector to your set-up and relaxing them every two years to ensure they’re always in working order.

A surge protector works by preventing your equipment from being exposed to power surges and voltage spikes that exceed 120V, which is the point where it can deal irreparable damage to your hardware.

They also have the added benefit of providing extra power outlets for you to plug your hardware and peripherals in, allowing you to have everything connected to the same source while simultaneously protecting them.

But what do you look for when purchasing one? One thing to consider is its protection rating, which determines how resilient the surge protector is. Most are rated between 1,000 and 2,000 joules, which is more than enough to protect your hardware.

Other things include how many power outlets it has, whether it has any additional USB ports for you to charge items like mobile phones and tablets, how long the cable is, whether it has warranty, and more.

Based on these metrics, we’ve shortlisted some of the best surge protectors for gaming PCs in 2022, including the best overall, the best smart one, the best one for larger plugs, the best space-saving one, and the best budget one.

This surge protector works as not one but two separate surge protectors with 4,000-joule ratings. While it can’t withstand a theoretical 8,000-joule surge, it can take two 4,000 joule surges, but most surges aren’t over 1,000 joules. This means less time replacing surge projectors and more time gaming. It’s got LEDs to tell if it’s correctly grounded as well as if either of the dual surge protectors is out.

It also comes with a decent warranty, which is highly recommended to have for any surge protector. 18 months can feel a little shy for the recommended two-year replacement, though. Users in areas with a lot of electrical storms may need to replace more often.

For those who want a remote set up, this surge protector has three AC outlets and two USB ports that are controlled individually by Amazon Echo or the APC home app. There’s no need for a control hub, and it just needs a Wi-Fi connection to be programmed. The APC smart plug is made to remotely control a PC, lighting, fans, or any other desk electronics.

It also has a second pair of three AC outlets and two USB ports that are always on for any other needs. These are perfect for phone chargers or office fans that should always be left on. Rated at 2,160 joules, there is little worry about any surge resulting from storms.

It’s easily mounted to a wall, and from there, it can rotate the outlets as needed. While it doesn’t come with a USB charger, it does come with a mounting station, allowing it to be placed behind a desk and off the floor.

When low on space, it may be best to get a vertical standing surge protector. The PowerJC Tower Power Strip is ideal for on top of a desk or underneath a cramped workspace. Rated at 9000 joules, it provides enough protection for most modest gaming setups.

With 12 AC outlets and six USB ports, this little tower can really pack a punch. It also has a 6-foot power cable and comes with a sturdy power cable and 12 months warranty, making it a safe bet for buyers.

For those on a budget who could use a cheap surge protector, this AmazonBasics surge protector is the best for its price. It features12 outlets, four of which are spaced on the outside of the powerstrip for any larger plugs. With a 4,320-joule rating, this surge protector should withstand several storms.

The AmazonBasics 12-Outlet Power Strip Surge Protector is light on price and a little light on additional features. Coming with the choice of either an 8-foot or 10-foot cable, it can reach further than more expensive surge protectors. It comes with a single reset button and no USB ports, but for the price of 12 outlets, its simplicity can’t be beaten.