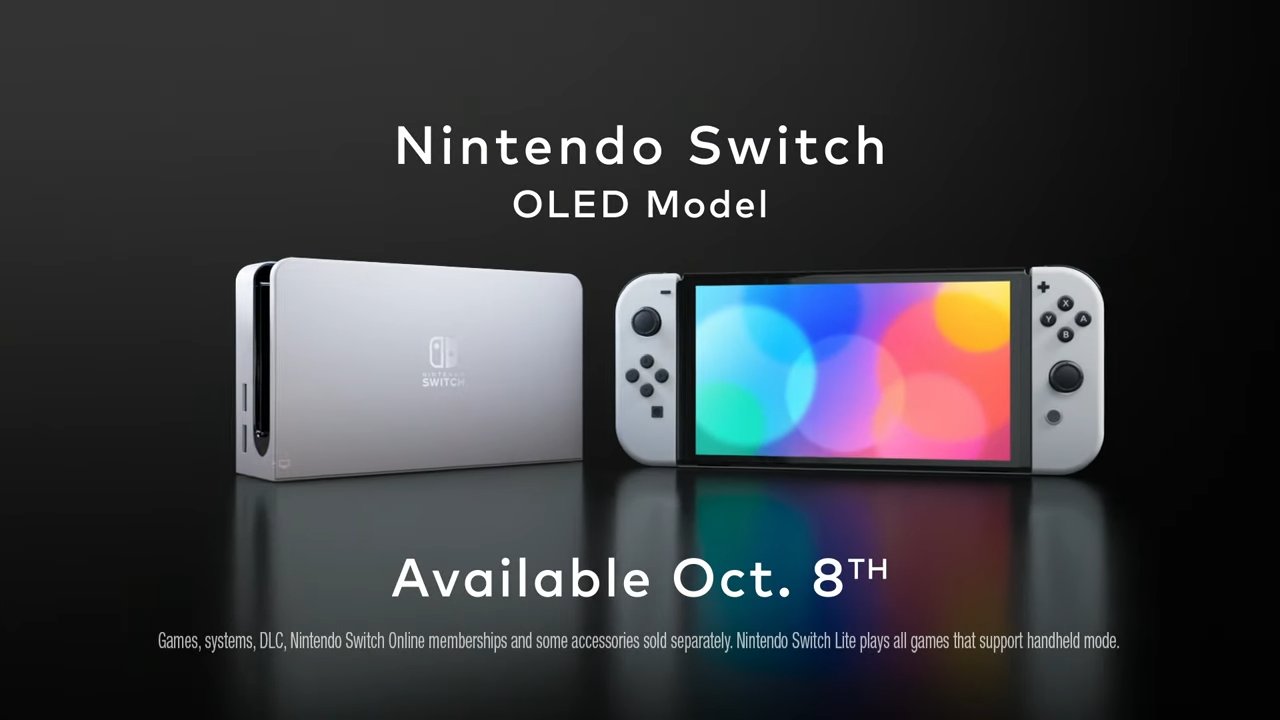 Nintendo has finally unveiled its new Switch model, giving fans their first look and details about the system.

The OLED model comes with a new display, 64 GB internal storage, updated audio, a new adjustable stand, and a LAN port in the back. It’s expected to release worldwide on Oct. 8.

The system will come in two different versions: a white bundle and a classic-looking black bundle with the blue and red Joy-Con controllers.

Unlike previous reports, however, there’s no sign of the rumored Nintendo Switch Pro a lot of people were hoping for, with no upscaling to 4K, among other features, in sight. It also looks like the updated dock will be usable with current models of the Nintendo Switch, for anyone who might want to take advantage of its features.

Many Nintendo fans might be disappointed with this reveal since apart from its internal improvements and wired LAN port, there isn’t anything that seems to justify the $50 difference in price. It also doesn’t appear to improve on many of the Switch’s issues, which means the drift problems in controllers could continue.

For now, fans will likely be awaiting a true Nintendo Switch Pro in the future. But for those without the system, it could be worth waiting to invest in the latest model this fall rather than buying the original.