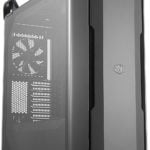 PC cases are one of the most overlooked pieces of equipment while building a gaming PC. Most gamers tend to stack up the most powerful hardware while opting for the cheapest or best-looking PC case available.

Though it’s certainly not a wrong approach considering a case won’t directly affect your gaming performance, PC cases are essentially shells that protect your hardware. More space inside the shell will allow your PC parts to have some breathing room and better airflow. This can significantly reduce your temperatures while gaming, causing your system to throttle in extreme scenarios.

A PC case is also a great way to show your sense of style since they come in all shapes, sizes, and colors. Most are even RGB compatible, allowing you to have that colorful setup that can shine light into darkness during night gaming sessions.

While it may look simple enough, finding the best PC case for your needs is more difficult than shopping for something like a phone case. You should be aware of the sizes of the hardware you’re planning to put inside of the case. Consider the cooling options that each case has and decide whether you’d like to make upgrades to have a better airflow throughout your system.

Here are some of the PC cases for gaming that’ll make your system feel right at home, and ensure that you get the maximum performance possible for the longest time.

Another full tower on our list, this time with a more futuristic look. Cooler Master’s Cosmos C700P looks like it was taken straight out of a space shuttle. Despite coming with two handles on the top to make carrying it more comfortable, we recommend asking for help while moving this beast of a PC case around. The case itself weighs 52.5 pounds, which will only increase once you start screwing in all your hardware.

As long as high-end full towers go, the C700M could be considered a budget option. While it doesn’t support countless fans like Corsair’s 1000D, the Cosmos C700p still delivers exceptional thermal performance due to its liquid cooling support. The case comes with four 140-millimeter fans, which stay quiet even under immense load.

Supporting motherboard types like Mini-ITX, ATX, and microATX, C700m can only house extended ATX motherboards smaller than 12 by 10.6 inches. 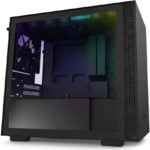 The NZXT H210i is not the most compact case you can find on the market, but going smaller can help you create a tidier environment around your desk.

The Mini-ITX tower supports two motherboard types being microATX and Mini-ITX. Weighing only 13.2 pounds, the H210i comes pre-installed with RGB lightning and two fans. Don’t let its size fool you, since it also supports liquid cooling. Compared to the H200i, H210i houses a USB 3.1 Gen 2 Type-C port on the front panel, making it a more future-proof choice in the long run. 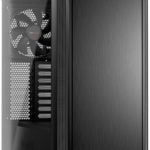 Dark Base Pro 900 lives up to the standard that its manufacturer set with its fans when it comes to the overall sound that it produces. There’s also a wireless Qi charger on the case, which can be relatively convenient if you tend to have multiple Qi-compatible devices like a phone and tablet.

Dark Base Pro 900 E-ATX, ATX, microATX, Mini-ITX motherboards. There’s plenty of room to experiment with different cooling or GPU setups, but you may need an additional hand to carry it around. Weighing at 31.7 pounds, the Dark Base Pro 900 is one of the heavier cases on our list. If you’re planning to move it around the house for cleaning purposes, investing in a small cart with wheels can be a decent choice to prevent any strain. 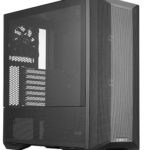 Mid towers are usually the sweet spot between mini towers and full towers. They still provide enough breathing room for your system and don’t look like a cupboard.

Lian Li Lancool II Mesh is all about utility and comes with three pre-installed fans, two of them sized at 140 millimeters while the other is 120 millimeters. This mid-tower ATX case supports motherboard types like Mini-ITX, microATX, and ATX. It can hold a graphics card that has a maximum length of 15 inches.

The main reason Lian Li Lancool is cheaper than its rivals is that it cuts away the eye-candy corners and focuses on bringing the most utility to the table. It’s one of the heavier cases in its price range, though, which can only be a problem if you’re looking to move your PC often.

Its cable management features make it easier to make your way around your PC while building it from scratch, making it a solid choice for anyone looking to do an assembly. 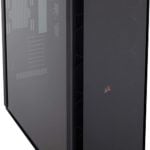 If you’re looking to build an empire of a PC, then mid tower cases won’t do it for you.

A super tower case like Corsair Obsidian 1000D will give you enough space to build two systems in a single case. This extra room is also beneficial for single systems, allowing them to cruise through idle temperatures of compact PCs even while gaming at Ultra-High graphics settings.

Obsidian 1000D has enough room to install 13 fans and four radiators simultaneously. If you place them near its exhaust, the 1000D also features a triple-chamber design accompanied with state-of-the-art storage compartments that’s behind mini french doors.

It supports almost all types of motherboards in the market being extended ATX, ATX, Mini-ITX, microATX, and SSI EEB.

The RGB lights scattered around the case can be controlled via Corsair’s Commander Pro, allowing gamers to control their system’s performance and synchronize an RGB show with their system. 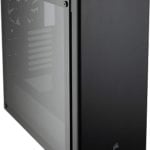 While most gamers enjoy the age of RGB and the aesthetics they add to their builds, some still prefer a minimalist approach. Minimalist solutions also tend to cost cheaper, which’s always a nice plus.

Corsair Carbide 275R is one of the cheapest high-quality cases in the market, and it supports motherboard types like Mini-ITX, ATX, and microATX. Despite its looks, this mid-tower case can house up to six 120-millimeter fans and a 360-millimeter radiator.

Its excellent cooling support and included dust filters take its thermal performance up a notch and make it an overall solid case. The tempered glass side gives it a modern look, and the case itself only weighs 15.7 pounds.

If you liked the style of the 275R, check out other Carbide models since there are many color options available.