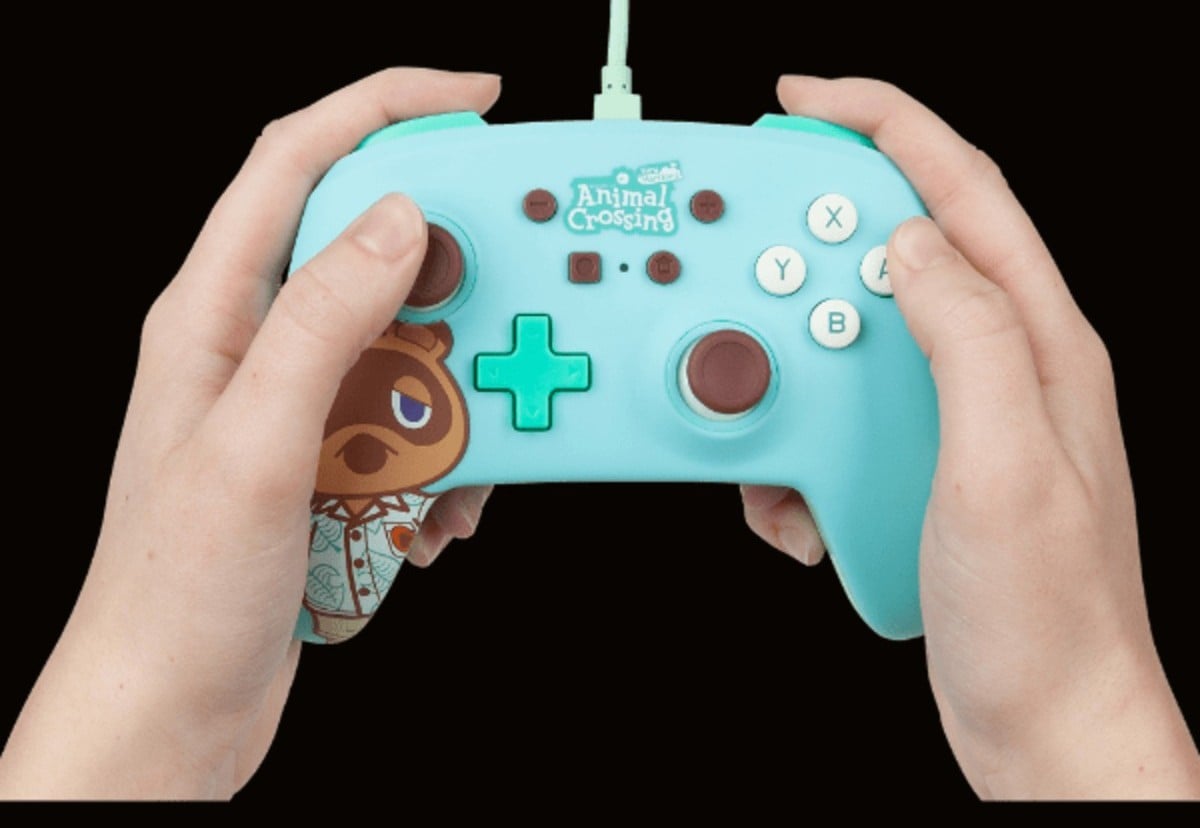 Aftermarket controllers come in various styles and can assist with different types of games by including extra functions. Some controllers come with D-pads for fighting games, while others have a more retro feel and emulate the styles of older consoles. Users can also find controllers with popular themes based on games, like Animal Crossings, Super Mario, and Zelda.

These are the best Nintendo Switch controllers.

The Nintendo Switch Pro is one of the best controllers for the Switch because it’s compatible with most titles and features HD Rumble and Amiibo NFC technology. HD rumble adds a more immersive experience with its vibration. Amiibo NFC integrates with Nintendo figures and cards to transfer data and open certain game features.

Buyers can use the Switch Pro on multiple devices. The controller is compatible with Windows and Android phones, allowing users to play games on different platforms. It’s possible to connect with a cable or wirelessly. The Switch Pro is also compatible with Steam, so it should work with most PC games.

Nintendo’s Switch Pro has excellent functionality and a comfortable design. It works well with most Nintendo games and also works on other platforms. The only drawback is its high cost, which limits its audience.

This controller takes the basic design of the Joy-Con controllers and extends them on either side. The Nintendo Switch Split Pad Pro gives users a more comfortable experience because they have more to hold onto when they play. The inclusion of a D-pad is the most noticeable improvement, but Hori has also added longer analog sticks and oversized buttons that are easier to press. D-pads improve the experience for fighting games, and the longer analog sticks are more comfortable for shooters. The Split Pad Pro adds programmable rear paddles and a Turbo mode.

While the Split Pad Pro improves on the Joy-Con in certain areas, it lags in others. There’s no rumble function or Amiibo compatibility, and the lack of a gyroscope means that it can’t work with motion-controlled games. Since there’s no battery, the Split Pad Pro can only work in handheld mode and not when the Switch is docked.

Joy-Con controllers are known for their small size and analog drift issue, so the Split Pad Pro is a big improvement. This controller makes the Switch more comfortable to hold at the cost of making it bigger and heavier. Some players prefer the added comfort and functionality of the Split Pad Pro, but others find that it tanks the portability of the Switch due to its bulky form.

Some players use multiple platforms for gaming and prefer a single controller that’s compatible with their platforms of choice. 8Bitdo’s Sn30 Pro+ is compatible with many devices, including the Nintendo Switch, Windows, macOS, and Android.

The Sn30 Pro+ may look basic, but it’s highly customizable. It looks like a hybrid of a PS1 and a SNES controller with its white color, purple buttons, and rounded edges. Most users are familiar with the layout of dual analog sticks, a D-pad, and trigger and shoulder buttons, so they’ll find the Sn30 Pro+ comfortable to use out of the box. Where this controller stands out is the ability to remap all the buttons. The Sn30 Pro+ gives users the option to allocate a function to each button and even program macros for a sequence of buttons. Users can also map the range of the trigger buttons to their desired specifications and adjust the sensitivity of the analog sticks. The custom layouts can be saved in different profiles for use later.

Another strength of the Sn30 Pro+ is its ability to work with multiple connections and different battery types. Users can connect the Sn30 Pro+ with a USB-C cable or wirelessly. Its standard 1,000mAh battery offers around 20 hours of playing time. When it’s dead, users can either recharge it or use AA alternatives.

Like the original, the new GameCube controller requires a wired connection. The nine-foot cable is longer than the 6.5-foot cable on the original, but it still needs an adapter to work. The adapter is compatible with many Nintendo consoles like the Switch, Wii, and Wii U, but it adds to the cost of the controller.

The new GameCube Controller maintains the look and feel of the original. It has the same curvy black design with the large analog stick and tiny D-pad on the left side. The right side houses the C-stick, oversized Y button, and the asymmetrical A and B buttons. The only noticeable differences between the new GameCube Controller and the original are its lighter weight, matte finish, and the Super Smash Bros. logo above the Start button.

Compared to the Sn30 Pro+ and Switch Pro, the Super Smash Bros. Ultimate Edition GameCube Controller is more of a niche product. It’s targeted towards players who appreciate its throwback design and layout. Since this controller lacks many up-to-date features like a wireless connection and a gyroscope, it may not appeal to most players.

Users looking for an affordable way to play their Switch games can check out the PowerA Enhanced Wired Controller. This controller resembles the Switch Pro in appearance, but it’s much cheaper, thanks to its wired design.

As an officially licensed product, the PowerA wired controllers come in a wide range of Nintendo-inspired themes. There are 22 different themes available, including Mario, Pikachu, and Animal Crossing. Users who don’t want a gaming-related theme can choose between regular colors like blue, black, and purple.

Many features are absent from the PowerA wired controllers to keep the price down. Apart from being wired, this controller has no rumble function and doesn’t have Amiibo compatibility. For around half the price of the Switch Pro, it’s hard to complain about the missing features. The PowerA wired controller does its job of being a reasonably-priced alternative with acceptable functionality.