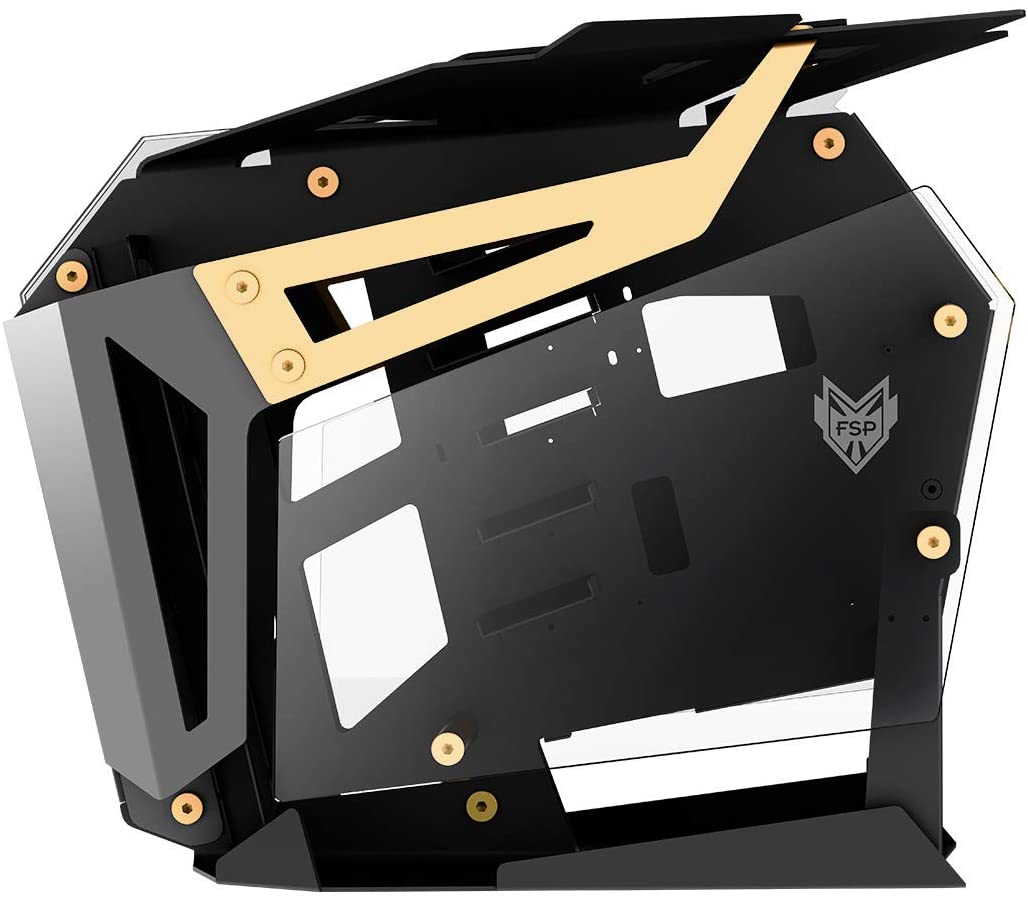 Some PC users require multiple systems for various tasks, like gaming, streaming, or office work. But there are a few downsides to having two separate PCs. Building two PCs can be costly, and they’ll take up lots of space.

Dual-system PC cases allow users to install two sets of components in a single case. Users can then switch between the two as needed without worrying about a lack of space or unnecessary cables.

The best dual system cases have adequate space for two motherboards and all the other components, including the power supplies, GPUs, and SSDs. After both systems are installed, there should still be ample space for cooling features. Many dual-system cases even have separate control panels and ports for each system to work independently and connect to different monitors simultaneously.

These are the best dual-system PC cases.

Corsair’s Obsidian Series 1000D is capable of housing two PC systems of different sizes. It’s big enough to fit an Extended Advanced Technology eXtended (E-ATX) motherboard and a smaller Mini-Information Technology eXtended (Mini-ITX) motherboard with all the components that go with them like the power supplies, SSDs, HDDs, graphics cards, and RAM.

To fit all the components and still have space for airflow, the Obsidian Series 1000D has massive dimensions. It measures  27.3 by 12.1 by 27.3 inches (LxWxH) and weighs a hefty 65 pounds. The E-ATX motherboard sits vertically like a regular case, while the smaller Mini-ITX sits horizontally on the case’s floor. The Obsidian Series 1000D has space for up to 13 fans, five 3.5-inch drives, and six 2.5-inch drives. Corsair’s dual-system case supports up to four 480-millimeter radiators, but they require additional trays.

The outside of the Obsidian Series 1000D is as functional as the inside. There are separate power and reset buttons, as well as USB ports for both motherboards. Each motherboard gets its own USB-C port on the front panel. All the buttons and ports are surrounded by RGB lighting, which extends to the fans and is controlled by the included Corsair Commander Pro controller. The package is completed by tinted tempered glass panels on the front and sides with an aluminum finish on the top.

Although the Obsidian Series 1000D is one of the best dual-system PC cases, it’s not without flaws. It isn’t very light when empty, and with two systems installed, it becomes heavier and difficult to move. The Obsidian Series 1000D may also be pricey, but it’s still more practical and cost-effective than having two separate cases for each system.

Dual-system PC cases are typically heavy and difficult to move around, so it makes sense for companies to add a degree of mobility. The Thermaltake Core W200 is a massive case with four wheels, making it easy to move around. Users can choose between installing the four lockable castor wheels or using the plastic feet if they don’t plan to move the case.

When it comes to design, the Core W200 takes an entirely different approach than the Obsidian Series 1000D. It looks like two towers joined together to make a gigantic black box. Only the left panel has a tempered glass window, and the rest of the case is black steel with ventilation holes. The panels have built-in dust filters, and they are removable for easy cleaning. Like the Obsidian Series 1000D, both systems get their own control panels with four USB ports and audio ports.

There’s no shortage of space to add motherboards, graphics cards, and other components. Each motherboard fits on a panel in the middle of the case, and the power supplies sit on the bottom of the case. Thanks to its size, the Core W200 can also fit up to 31 140-millimeter fans and has 10 PCI slots on either side. It can also handle graphics cards up to 470 millimeters long with the hard drive rack installed and up to 635 millimeters without the rack installed.

Like most dual-system cases, the Core W200 is expensive and heavy. The price is worth it for users looking for a dual system with enough space for cooling, though. Despite its weight, this case is easier to transport than many options on the list because of its wheels and removable panels.

Users who prefer an eye-catching case with an open-air design can check out the FSP T-Wings. This case looks more like a piece of art than a functional piece of equipment thanks to its unique design and aggressive lines. The aluminum wings, angled tempered glass panels, and RGB light bar make it stand out compared to the other cases on this list.

The FSP T-Wings has the functionality to match its form and can easily house two systems in its open chassis. Users can add an ATX motherboard on the case’s left side, while the right side is reserved for a smaller Information Technology eXtended (ITX) motherboard. This case also has space for up to two 360-millimeter radiators and three 120-millimeter fans. There’s also space for up to five drives, including two 3.5-inch drives and three 2.5-inch SSDs.

There’s no doubt that the FSP T-Wings is a niche case for a particular type of user. Some buyers like the case’s outrageous looks, while others find its design to be too much. The FSP T-Wings is also complicated to assemble and is prone to attracting dust like all open-air cases.

Phanteks’ Evolv X has a more conventional shape than the FSP T-Wings and looks like a regular PC case. This case is ideal for users who have a single system but might decide to upgrade in the future. The Evolv X can only take a single motherboard in its standard form, but modular parts are available to transform it into a dual-system case. Phanteks sells a separate mounting plate for an ITX motherboard that fits on the top rear radiator mount in the case. Users also have to buy the 1,200-watt Revolt X power supply unit that can power both systems.

One reason to consider the Evolv X is that it’s more compact and lightweight than the other cases on this list. At only 20.1 by 9.45 by 20.5 inches with a weight of 33 pounds, this case doesn’t take up much space and is easy to transport.

It may be compact, but the Evolv X stands out because of its design and clean lines. The case is available in either Satin Black, Anthracite Grey, or Galaxy Silver. Both side panels feature huge tempered glass windows. RGB lighting runs down either side of the front panel and horizontally along the case’s sides.

Considering its size, the Evolv X has a surprising amount of space for cooling systems. It can fit up to seven 120-millimeter fans or six 140-millimeter fans. There’s also space for up to six 2.5-inch SSDs and four 3.5-inch drives. An additional three SSDs and six hard drives can be added after purchasing additional brackets from Phanteks.

The Evolv X starts at a much lower price than the alternatives listed here, but the dual-system upgrades push the price up. Phanteks’ Evolv X still gives users the option to run a single system and upgrade it gradually to a dual system if needed. One of its drawbacks is that it has less space than some alternatives, which might not be the best for advanced builds.

Buyers looking for a budget dual-system case can check out the Phanteks Eclipse P500A. This case starts at a much lower price than the Evolv X, but it still offers the same dual-system options upgrades. Like with the Evolv X, the Eclipse P500A is an excellent case for users looking for a single system case with the option of adding a second system later.

The conventional design of the Eclipse P500A hides its true capabilities. On the outside, it looks like a regular PC case with three prominent RGB fans under the mesh on the front panel. From the side, it closely resembles the Evolv X, thanks to the tempered glass window and RGB lighting strip. Compared to the Evolv X, the Eclipse P500A is slightly smaller at 20.0 by 9.45 by 20.1 by inches, and it weighs less at 17.6 pounds. The color options are limited to Black or White.

Despite its average size, the Eclipse P500A still has adequate space for cooling systems and other components. It has space for up to seven 120-millimeter fans or six 140-millimeter fans. There are also drive bays for two 3.5-inch HDDs and three 2.5-inch SSDs. When the 3.5-inch HDD caddies are installed, the GPU size is limited to 294-millimeters. Without the caddy, there’s a massive 435-millimeters of clearance.

In its standard form, the Eclipse P500A is priced like an affordable single-system case. While the mounting bracket and power supply add to the cost, the Eclipse P9500A still ends up cheaper than the Obsidian Series 1000D and Thermaltake Core W200.