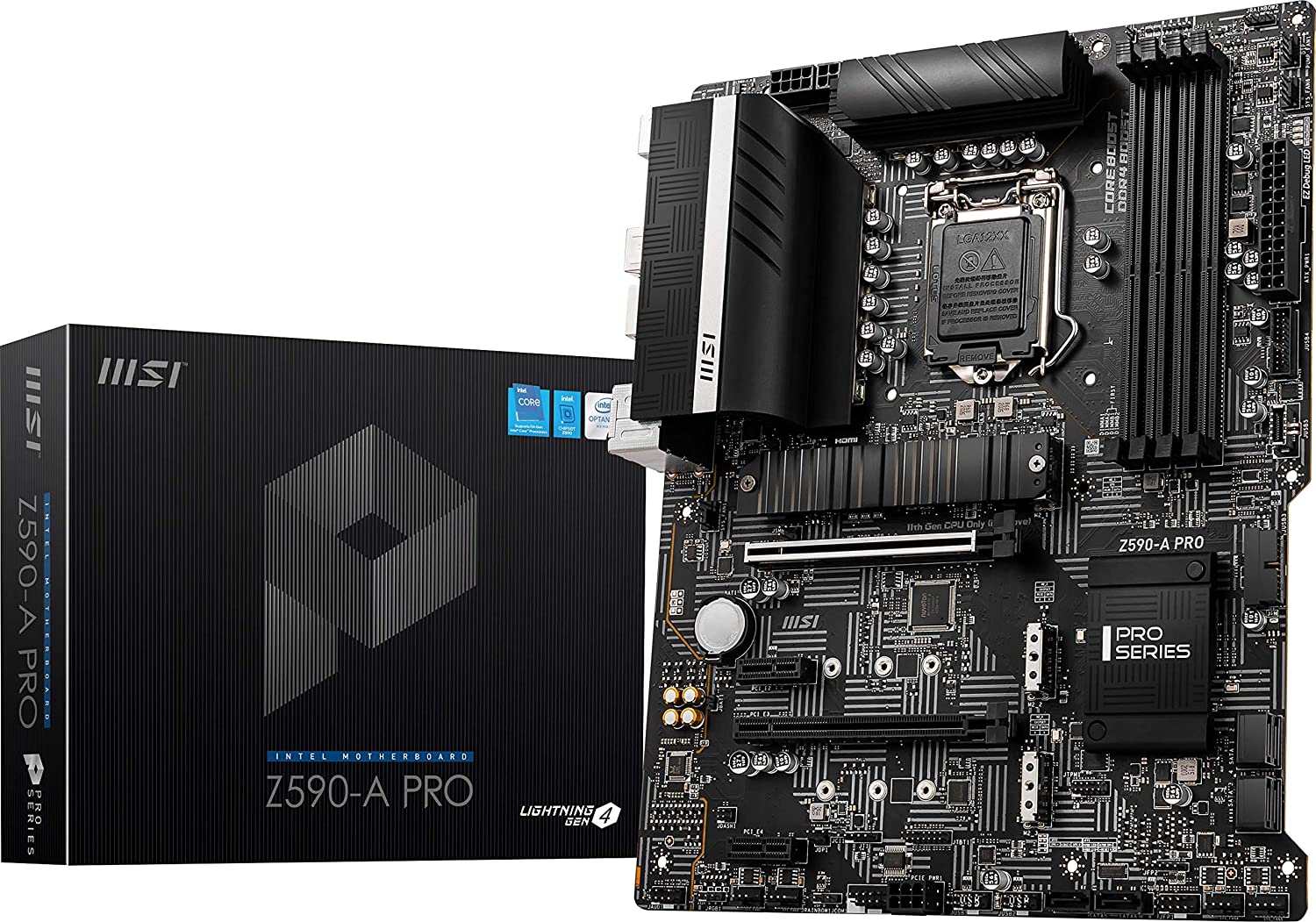 When building a PC, one of the most crucial pieces of hardware to consider is the motherboard. All of your components and performance will be limited by your motherboard’s capability.

Motherboards are designed to offer compatibility with the latest hardware, but they also come in different sizes. These sizes are called form factors, and these form factors come in three different variations: ATX, Micro-ATX, and Mini-ITX. The first two sizes are the ones most builders use, but what are the actual differences?

The Advanced Technology eXtended Motherboard (ATX) was invented in 1995 and has become an industry standard. ATX motherboards are versatile enough to accommodate both casual and hardcore users.

Every ATX Motherboard comes with four slots for RAM and up to seven PCIe expansion slots. RAM is an essential component for building a modern PC, but all four slots are typically only used by people running demanding editing software. For the average user, two slots are sufficient.

As for the PCIe slots, they are used to plug in external hardware to add capabilities to a PC. These include Wi-Fi cards, graphics cards, ethernet cards, and capture cards, just to name a small few.

Additionally, the average ATX board comes with more M.2 and SATA ports than Micro ATX variants. M.2 and SATA ports are used for storage, which means PCs that need to store more than 2TBs worth of data at any given time may want to go with an ATX board for ease of installing more storage when needed.

The expansion capability makes the ATX board the perfect form factor for PC users who want to ensure they’ll never be caught in an inconvenient situation due to a lack of space. For the average user, an ATX board will always have sufficient space for additional memory, storage, and PCIe cards when needed.

So with all of this, what reasons are there to buy a Micro-ATX Board?

The Micro-ATX typically has fewer SATA ports and M.2 slots than an ATX variant, making it a worse choice for users who need a lot of storage. Additionally, a Micro-ATX board will only ever have a maximum of four PCIe expansion slots due to its smaller size. To compensate for these downgrades, the Micro-ATX usually offers itself at a lower price than the ATX motherboard.

As for pure advantages over the ATX, Micro-ATX takes up less space and can be used in a smaller PC case as a result. The smaller form makes the average cooling and airflow setup more efficient. Micro-ATX motherboards also fit in smaller, cheaper cases, while the suitable PSUs can be more affordable due to a lower power requirement. All of this to say that the Micro-ATX ultimately makes a PC far more budget-friendly than an ATX board.

The saved space is nothing to scoff at, either. The size of smaller Micro-ATX compatible cases takes up minimal space, which is perfect for those with limited room. These smaller cases also make traveling with your PC far more convenient than with a full-size case with a regular ATX motherboard inside.

The saved money and space make the Micro-ATX the better option for the average PC user who can plan ahead and configure their build properly before obtaining components. New PC builders won’t need the extra storage and PCI-E slots available on an ATX board, and veteran PC builders will know how to make use of every feature a Micro-ATX board has to offer.

In short, the ATX motherboard is a larger motherboard with more options for additional storage expansion cards. These options are great for users who are going to be using heavy-duty software and need higher performance, or for users who want the peace of mind in knowing that they won’t ever be put in an unfortunate situation where their motherboard can’t handle any future upgrades they might want to include in the unforeseen future.

The Micro-ATX motherboard is a smaller motherboard that saves space and energy and is generally cheaper as a result. It has an equal amount of room for memory as the ATX in four RAM slots but has a maximum of four PCIe slots instead of seven and comes with less room for storage than the ATX board.

Considering the average user’s needs, 90 percent of all PC builders will likely need nothing more than a Micro-ATX board. As stated, it’s cheaper, saves space, and the allotted PCIe and RAM slots will be more than the average user will need. After two 8GB sticks of RAM and a graphics card, the additional memory and PCI slots are rarely used. The storage slots on a Micro-ATX board also allow for well over 2TB of storage, which some users never reach.

Take your needs and budget into consideration, and the features will point you in the right direction. Happy building.