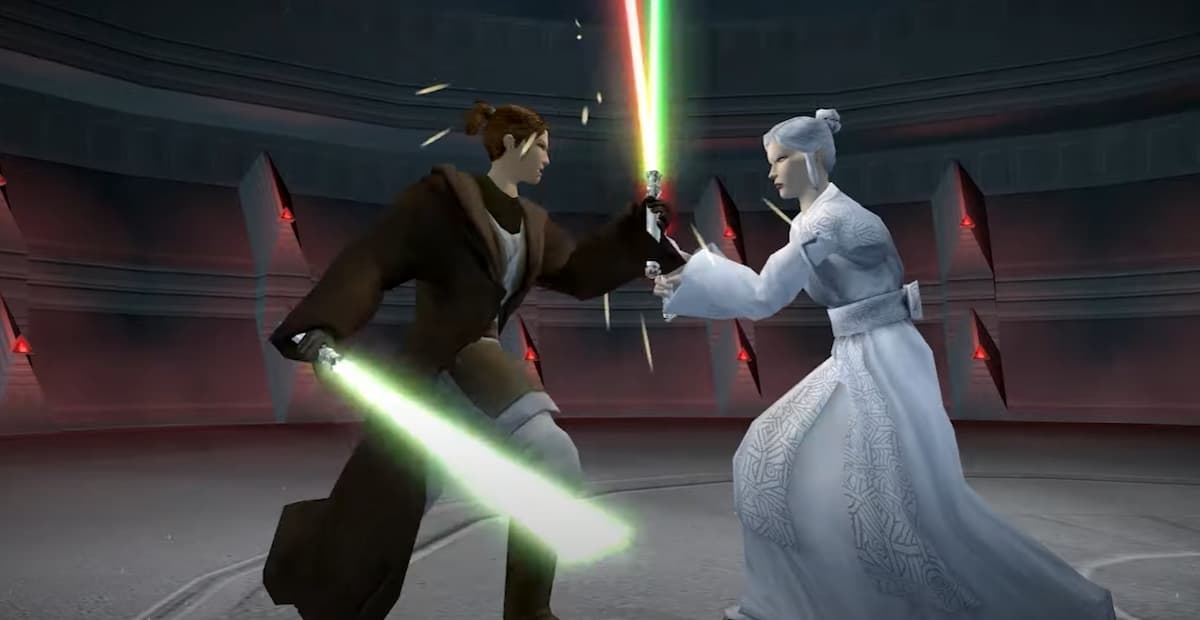 Nintendo and Aspyr Media are capitalizing on the continued success of porting older Star Wars games to the Switch, bringing Knights of the Old Republic II – The Sith Lords to the hybrid console on June 8.

The original KOTOR title was ported to the Switch by Aspyr, a developer well-known for bringing legacy titles to various platforms, last November. And, even though the game doesn’t feature significant graphical updates or new content, it was frequently featured among the top digital titles on the platform after release.

The sequel, which acts as a standalone game that takes place five years after the original KOTOR, will also be a direct port of the classic title from 2004. However, Aspyr did confirm that this version of the game will feature some previously-unreleased content.

The Restored Content DLC will launch as a free content update at some point post-launch, and while no details were shared, fans have already speculated that this will include previously-cut content from the original game. That content has only been available on PC versions of the game to date, thanks to KOTOR’s modding community.

This news was accompanied by other game announcements from Star Wars Celebration 2022, including details on the sequel to Jedi: Fallen Order, Jedi: Survivor.

KOTOR II, along with a bundle featuring both KOTOR I and II together, is now available to pre-order on the Switch eShop.

Fans also still have the KOTOR remake Aspyr is currently developing in collaboration with Sony for a release on PlayStation 5 and PC to look forward to. There is still no release date or much information available for the remake, however, other than that game is being rebuilt from the ground up.