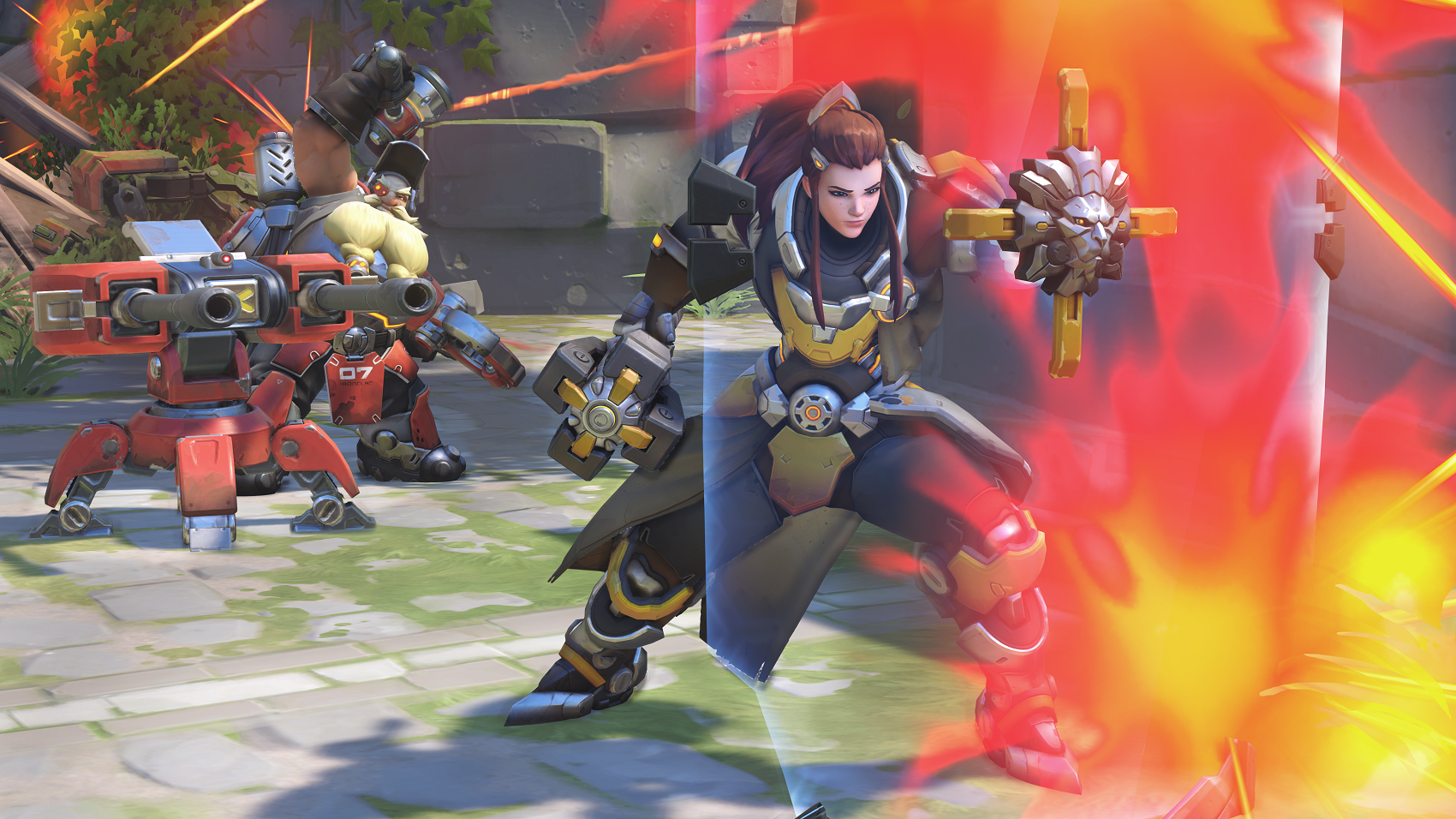 On March 20, Blizzard released its newest support hero, Brigitte Lindholm. Armed with a shield and a flail, she’s a fierce, tank-like support that was originally “born from a gameplay desire,” according to lead Overwatch designer Geoff Goodman.

Goodman hosted a Q&A session on the Overwatch forum just ahead of Brigitte’s release. The designer answered fan questions—one of which asked if Brigitte was introduced for her lore or for her gameplay. Goodman said it was her gameplay.

“Initially we weren’t even sure it was going to be Brigitte or someone new, but once we started playing her and her kit started coming together, it really felt like a great fit,” he said.

Moira and Brigitte prototypes were in development close to each other, Goodman said. “There was a time where we just really felt like we need to add more healer options to the game ASAP, so we got to playing around with different prototypes and mechanics.”

Brigitte, who was originally just called Pally internally, was the originator of Moira’s Biotic Orb, Goodman added. But ultimately, Blizzard wanted to push Brigitte toward the tank/healer hybrid “much more,” which led them to the Inspire passive and armor-giving ultimate. “Once her kit started coming together it really felt like a perfect fit [for Brigitte],” he said.

When asked about whether Blizzard plans on adding more hybrid supports in the future, Goodman added that Blizzard just wants to add as much diversity as possible to the game. “We don’t want to just make hybrid supports going forward, as some players really enjoy focusing heavily on a single role and it makes the potential group compositions much more interesting to have options,” Goodman said.

Related: Reaper and Mei to be buffed in upcoming Overwatch PTR update

Moira and Brigitte are both hybrid healers, but that doesn’t mean every hero coming out will continue in that way.

Brigitte was released yesterday in Overwatch for all players across PC, PlayStation 4, and Xbox One. Her launch was highly anticipated—players have been speculating that she would eventually join the roster since before Overwatch’s official launch in May 2016, when she showed up in a digital comic, Dragon Slayer. The new tank-like support is playable in Quick Play, the Arcade, and in custom games, but will remain disabled in Competitive Play until the current season ends.