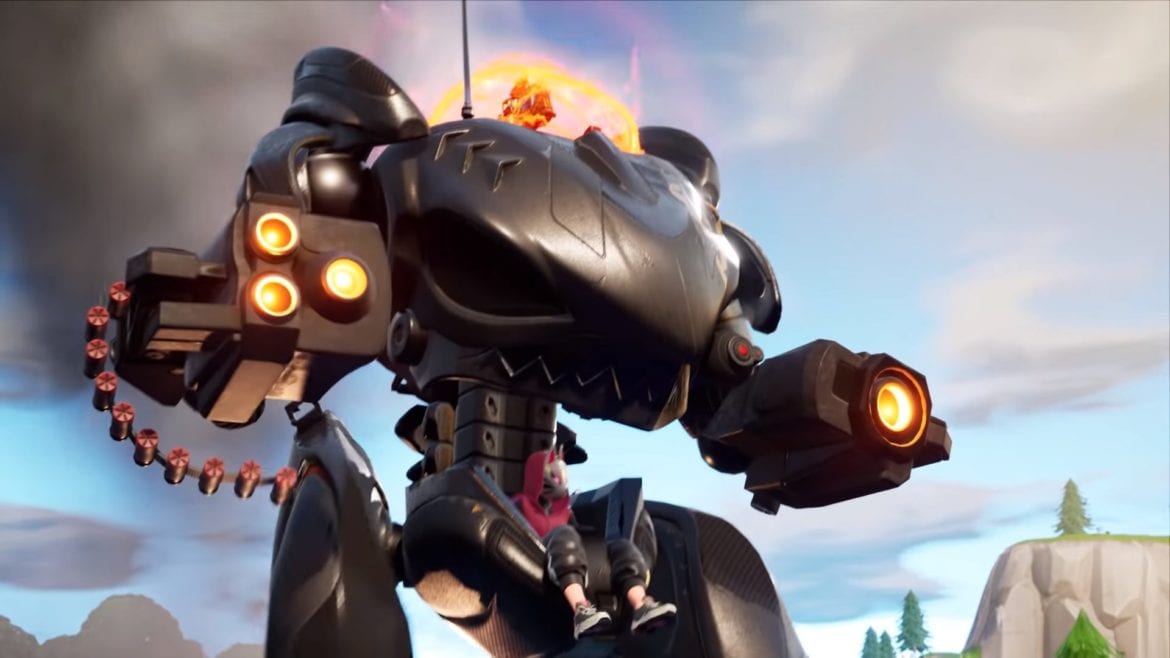 Fortnite: Battle Royale players received great news last night regarding the B.R.U.T.E. Epic hit it with extreme nerfs after nearly a month of players’ complaints about how strong it was, and only one day after many of the game’s biggest Twitch streamers gave up on a tournament because of the B.R.U.T.E.

Epic announced reductions to the B.R.U.T.E. movement speed, number of rockets fired, explosion radius, rate of fire, and farming capabilities. It seems that many of the problems players complained about are solved now, but we have yet to learn how the mech can still be used in matches since it also received two small buffs.

When we add up the B.R.U.T.E. nerfs and buffs, it’s clear that Epic transformed it into a vehicle with higher defensive capabilities while making it weaker in the attack. Players who are being attacked by it might still have problems in short-range engagements.

Since the robot fires fewer rockets, and they’re slower than usual, it’s theoretically easier for players to run away from their now-reduced explosion radius. That should have little impact when a B.R.U.T.E. is right in front of you, but it should be less menacing in mid to long-range combats. The rocket damage hasn’t changed, so being hit by one of them still hurts. Epic didn’t nerf the mech’s shotgun either, leaving untouched its potential to shred down opponents at close-range.

The B.R.U.T.E. can still destroy structures in a single hit with its stomp, and its rockets continue doing high damage to them. If you’re hiding inside a house or a structure you’ve made, it continues to be not safe enough against players inside the mech, as they’ll destroy everything in one stomp while getting ready to fire their rocket barrage.

Players using the B.R.U.T.E. might feel the need to adapt their playstyle to either an aggressive one, forcing close-quarter combats, or to a defensive one, using the mech as a big metal-shielded vehicle. Since it’s received more health, the latter should be easier to do. Blowing up every opponent with ease from a safe distance might no longer be an option, which will force mech drivers to make riskier plays or look for safety more often.

But we have yet to learn how these B.R.U.T.E. changes will affect competitive gameplay. It can either promote unhealthy aggression from players who are inside it, who will need to go close to opponents to make the vehicle offensively effective, or turn the B.R.U.T.E. into a moving fortress.

These changes will be in effect for the second week of the Fortnite Champion Series, when fans will have a chance to see how good the B.R.U.T.E. nerf really is.