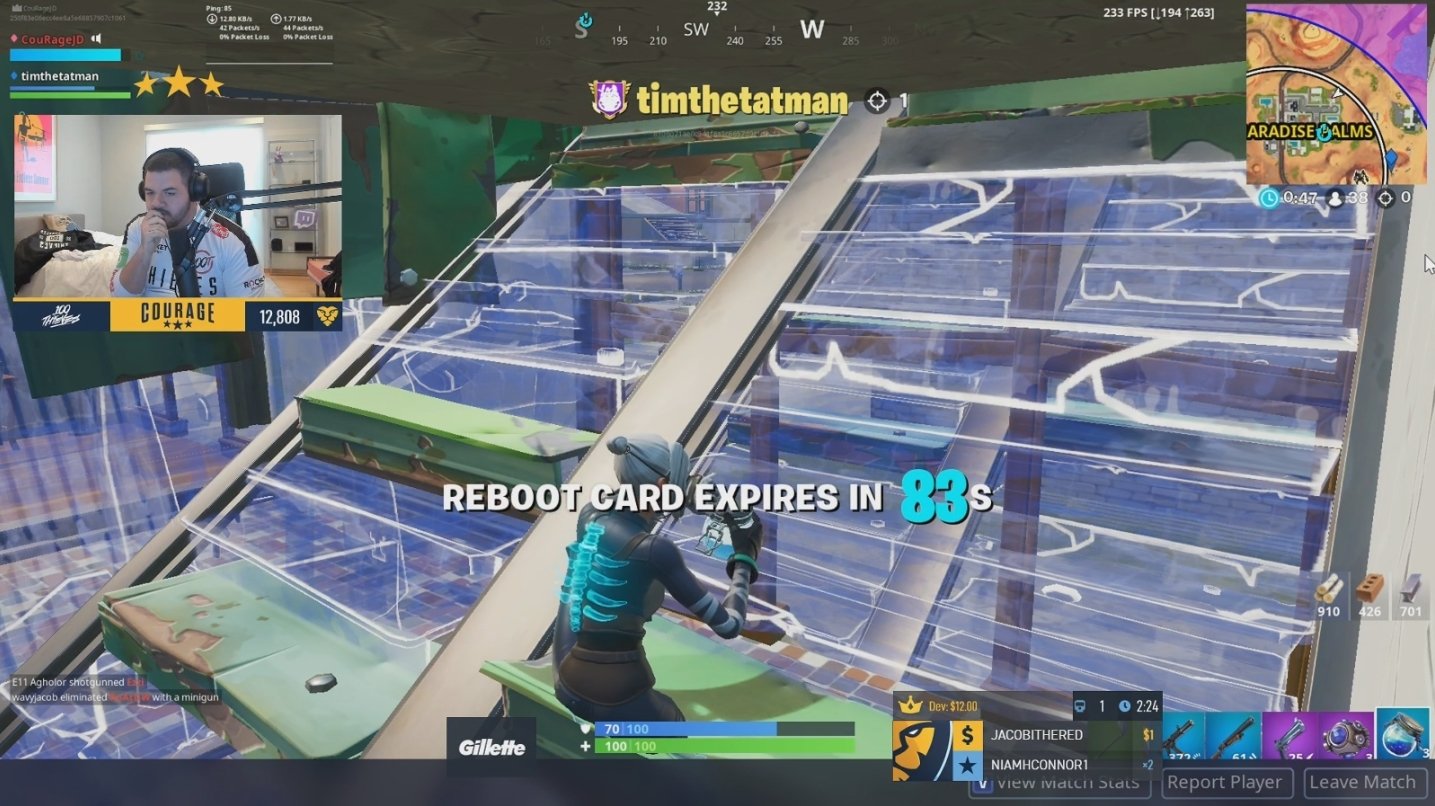 After spending the entire game trying to avoid any mechs, CouRage and his teammate, Tim “TimTheTatman” Betar, were targeted by the giant robot. Unfortunately, CouRage fell victim to it, which set him off.

“Fuck the mechs,” CouRage screamed as he banged on his desk. “Why the fuck are they a fucking thing, dude?”

After dying, CouRage immediately tweeted that he his “brain can’t comprehend” how the mechs made their way into the game. A little bit later, CouRage again expressed his anger with Epic regarding the game’s current state.

“It makes no sense, dude! It doesn’t make sense! I talked to so many people at Epic about so many things, and they get me so excited, and then they do this, bro! There is no rewarding part of this thing, dude! I can’t find anyone that likes these… It’s making my blood boil, dude.”

Shortly after, CouRage quit the game, apologized to Tim for leaving, and said he couldn’t play Fortnite anymore today. Five minutes later, he began playing Minecraft, which has become a popular game for CouRage in Season X of Fortnite.

The rage is something most players have likely felt since the mechs were added to the game at the beginning of Season X. But considering CouRage is a commentator for most of Fortnite’s big esports events, it’s telling to see how outwardly angry he was.

Despite the anger from CouRage and many other players, Epic has remained firm in its stance that it will not remove the mechs anytime soon.