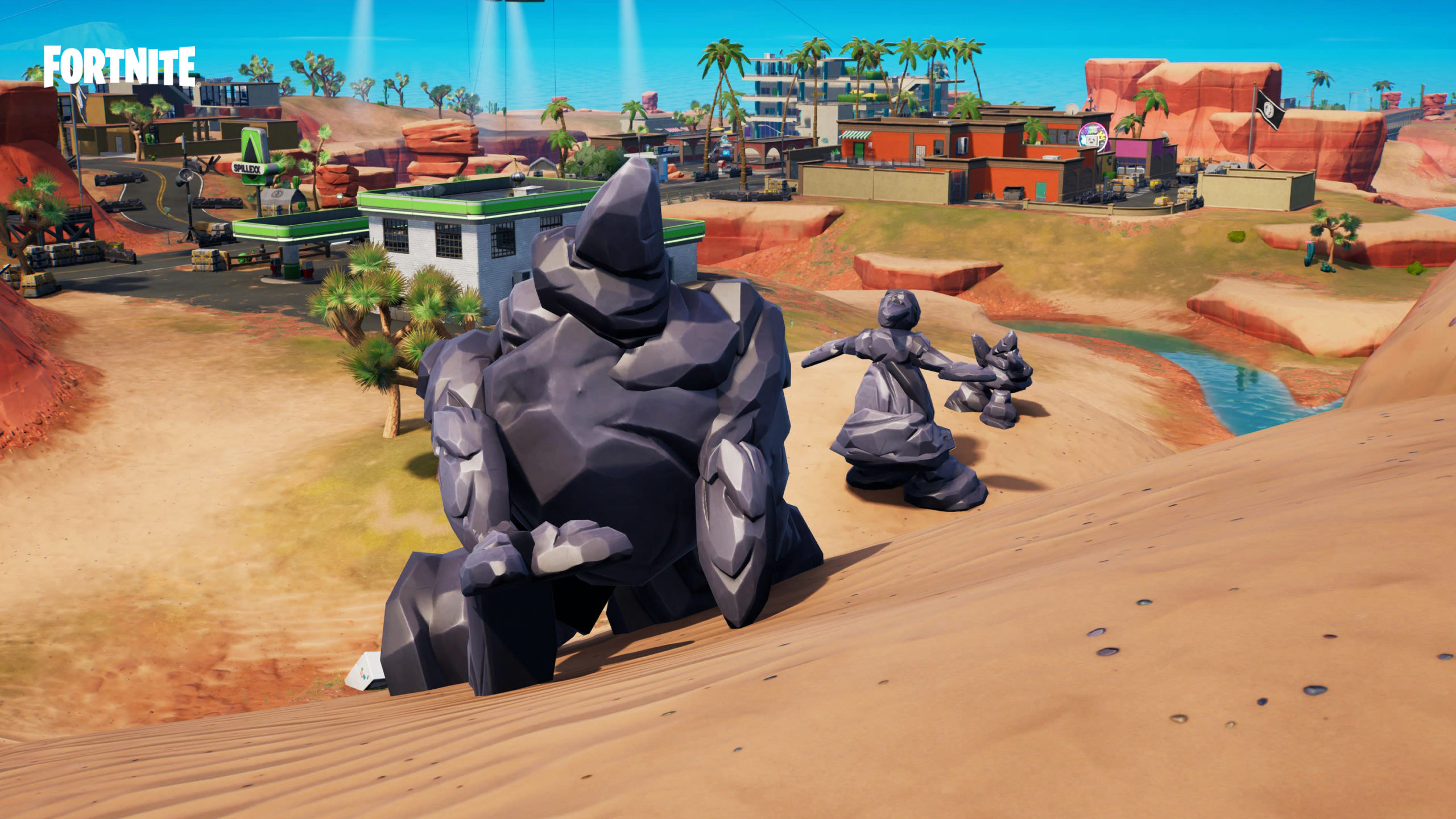 Fortnite has long evolved past its battle royale roots, introducing new stories and adventures that reward players for returning to each new update. Two weeks ago, it was leaked the Rock Family could be seen buried underneath the sand, and now it appears the family is on their way to a new adventure.

The Rock Family are currently near Condo Canyon and look like they’ve just emerged from the sand. All the family members, including the man, woman, son, and dog, are there. While the dog appears to be still stuck, the rock man can be seen pulling him out of the ground.

The Rock Family’s story first started in season seven when a seemingly random pile of rocks transformed into a man. A woman would then form, and they both wandered the island before finding each other. It took a while, but eventually, they were brought together.

After the rock couple came together, they disappeared, and fans thought they might never see them again. They would reappear again with a garden and a new son on the east part of the island. Not much happened with the couple after this, as they had found each other, but the son continued to adventure.

While out one day, the rock son found a stone dog that was hiding, but the dog kept his distance. One update, the dog was following the boy when he began to fall off a cliff, but the dog was later able to pull him back to safety. At this point, the dog joined the family, and they lived happily before disappearing in season 10.

The Rock Family was seen trapped by the Imagined Order in Chapter Two before being released during The End event. Now, it appears they were thrown into Condo Canyon before digging their way out.