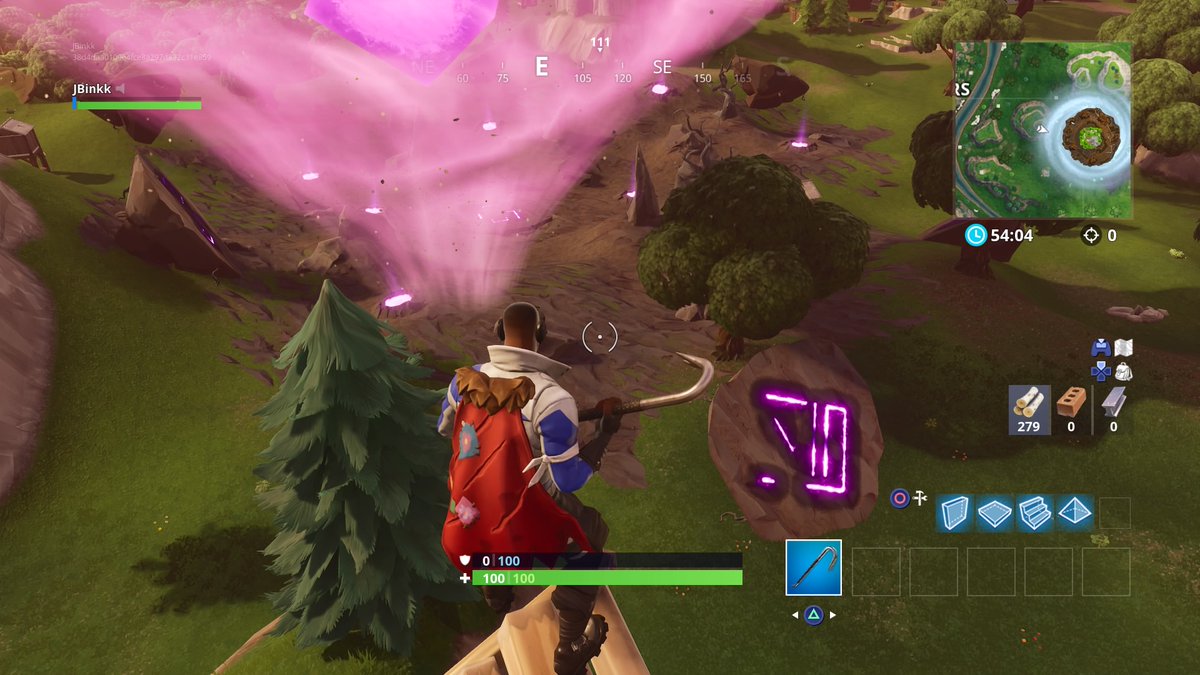 The saga of the giant, purple cube in Fortnite: Battle Royale continued today with the former Loot Lake island going back on the move.

Earlier this week, Fortnite’s cube-empowered floating island activated the final rune near Dusty Divot. And over the past 48 hours, each of the six other symbols traveled closer to the floating island.

Today, though, the runes that were floating near the island fell back to the ground near Dusty Divot. And now the floating island is on the move again, seemingly headed back toward Leaky Lake.

It’s clear that Epic Games has something big planned for this cube-empowered island, since it’s been wreaking havoc on the Fortnite map over the past few weeks. But it’s unknown what exactly will happen as the floating island continues to travel around the map.

When the floating island was activating each rune in season six, it took three days to reach its next destination. Since the seventh rune was activated on Friday, this island could make something else happen in Fortnite as early as Sunday.