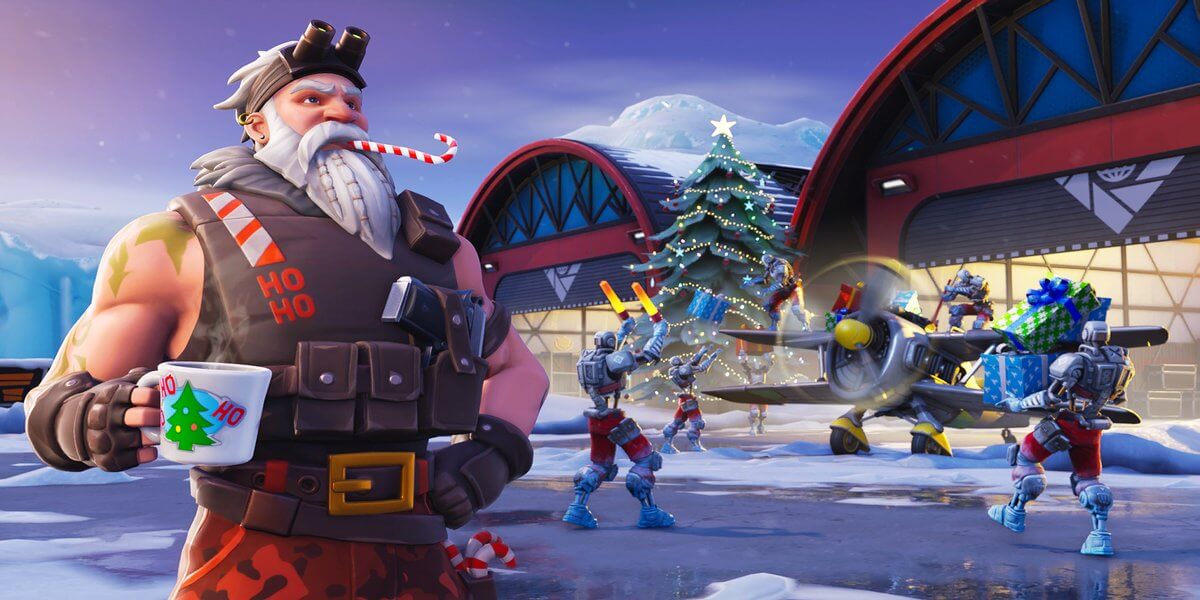 Any player who has the premium Battle Pass and has completed all challenges of at least three weeks will unlock this special challenge of finding a secret Battle Star that will grant them a free Battle Pass tier. Unlike when the challenge is a secret Banner, players will get only the extra tier and no special item will appear in their locker

Related: Where to find the secret banner in Fortnite season 7, week 2

The hint of the location of secret items generally lies within that week’s loading screen, which players can unlock when finishing all challenges of a certain number of weeks. In this case, players will unlock a loading screen with Sgt. Winter near airplanes at Gelid Glaciers.

And there’s a nearly unnoticeable Battle Star icon hovering over shelves behind Sgt. Winter’s elbow. That’s where this week’s Battle Star is.

Drop Gelid Glaciers and enter the east hangar. If you’re in front of both, this should be the hangar to your left. Go to the shelves on the left near the entrance and the Battle Star should pop up. Interact with it to earn your free Battle Pass tier.

If there’s no Battle Star for you in that location, make sure you’re in a match in any mode other than Playground or Creative. Remember you must have paid for the premium Battle Pass and complete three weeks of challenges to unlock this secret Battle Star. Completing only the week three challenges won’t be enough.