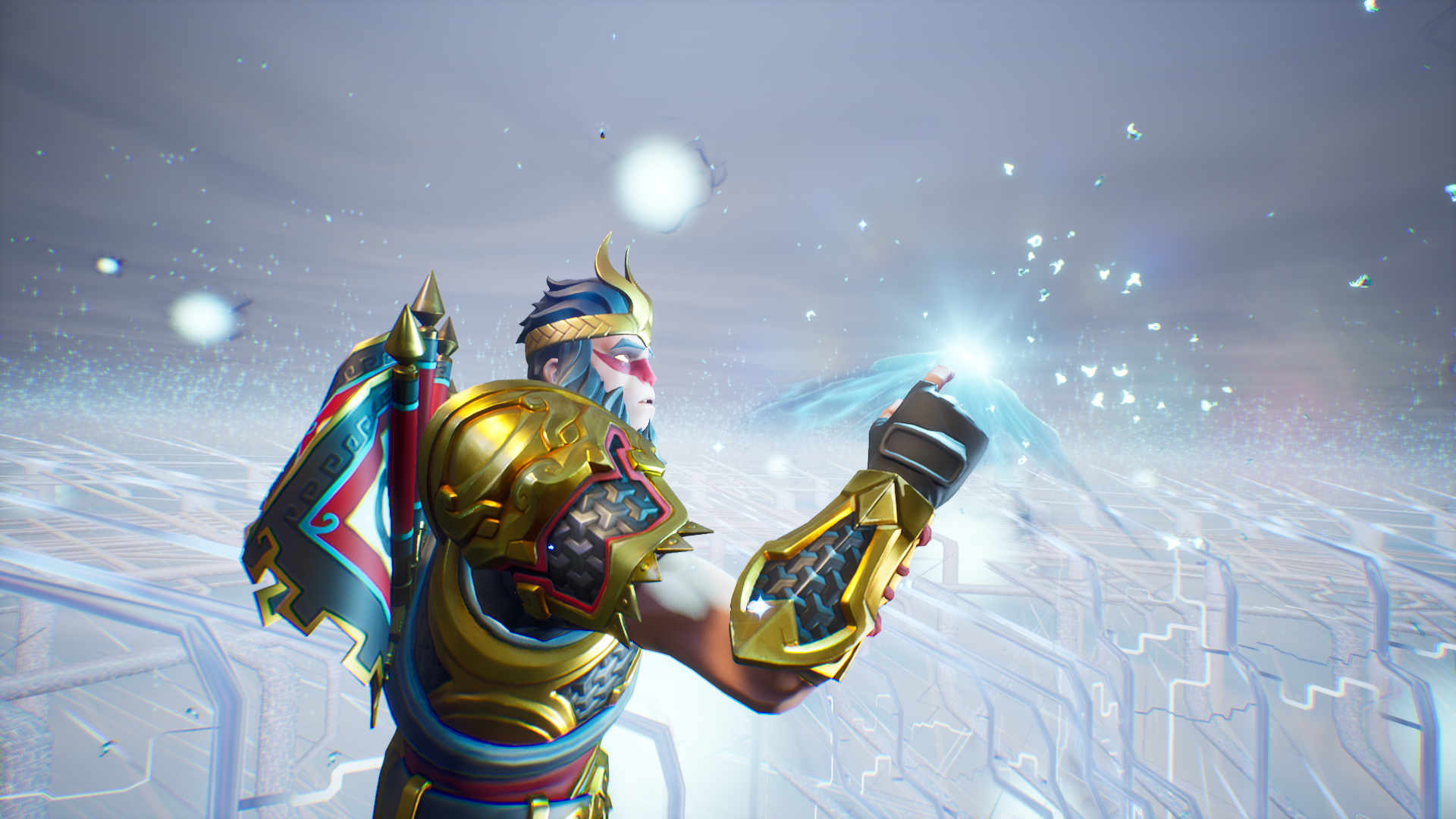 The Fortnite cube explosion event made many players fall in love with something new yesterday. They loved the moment of the cinematic when their character encountered a moving portal rift that was flapping its wings like a butterfly. The rift butterfly landed on the player’s finger and teleported them back to the map, ending the cinematic and their time with this new creature.

But some players want the rift butterfly to be with their characters forever.

The concept art by Noblebatterfly features a female skin with a blueish color called Incarnation of Kevin. She has some symbols and shapes marked around her body.

The back bling concept by Omancer looks simpler, but it’s a realistic one since it shows how it could look like in-game.

The Rift Butterfly appeared at the end of the event cinematic. After the cube exploded, players started floating around another dimension where this creature eventually approached them.

This was the first and last time players saw the rift behaving as a living being on Fortnite. It is usually a still element that appears randomly on the map to teleport players to the sky and let them soar through the map with a glider.

We still don’t know what that rift butterfly was, or if we will ever see it again. Now that the event ended, there’s not many indicating new activities around rifts, unless they are connected with floating pieces of furniture.

Players might have to wait a bit more to see if the cinematic was all the time they had with the rift butterfly or if this is just the beginning of another Fornite story.