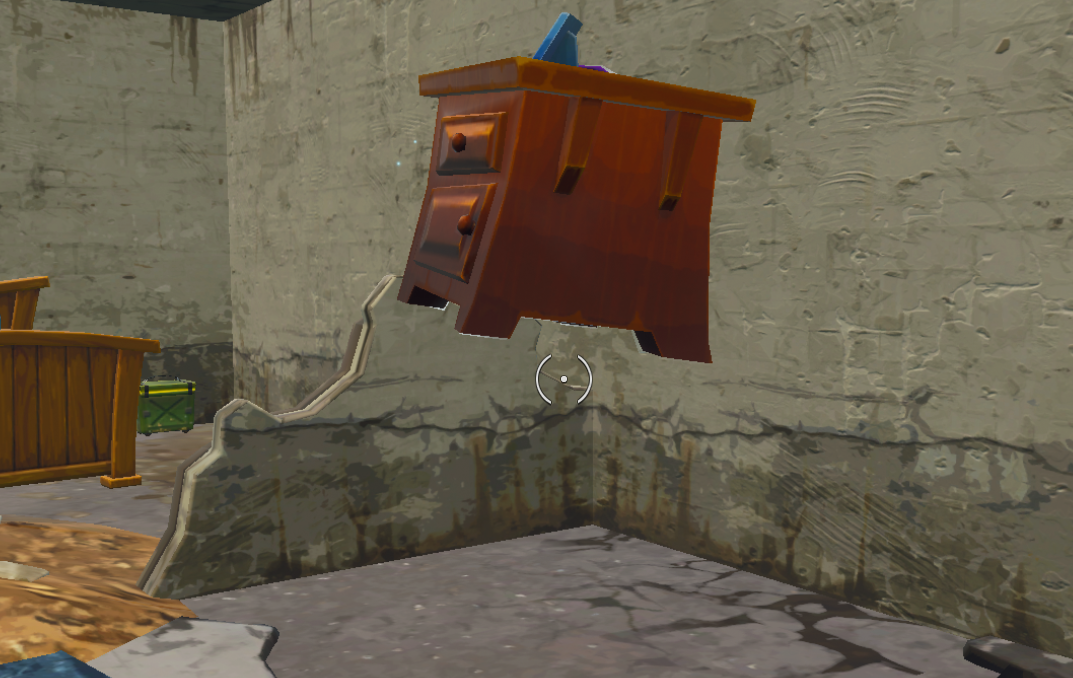 Players have been reporting this phenomenon for a little over a week. These pieces of furniture have a blue glow around them and float just a few inches off the floor, apparently for no reason. Players can break them like any other furniture, but they show a blue, ethereal image of an apparently random Fortnite outfit when broken.

Some players think it has something to do with the Ghost Portal back blind, which also shows the same emotes, but nobody is sure why this is happening or why the Motel west of Lazy Links has the most pieces of floating furniture.

People have been sharing their experiences and theories about the floating furniture on the Fortnite subreddit. Some players are saying the images of Fortnite skins that appear after you break the floating furniture are spirits, which could give a dark twist to the game. Dead characters are removed from the map by some kind of device that transports their bodies somewhere using a blue light. Are we seeing the spirits of the characters we killed?

Other people think the answer might just be a new set of weekly challenges, like “Destroy Floating Furniture." This is not unlikely when we consider that Fortnite developer Epic Games always adds new in-game elements for these challenges, like the piano keys last week.

A third group believes the floating furniture has something to do with the rifts and the Cube. Some people think the spirits are players who are trapped inside the rifts, while others believe things will start teleporting around the map again as they did at the end of season four after the rocket launch.

Whatever this means, players should be ready. With the cube madness over, floating furniture can be the next Fornite community obsession.