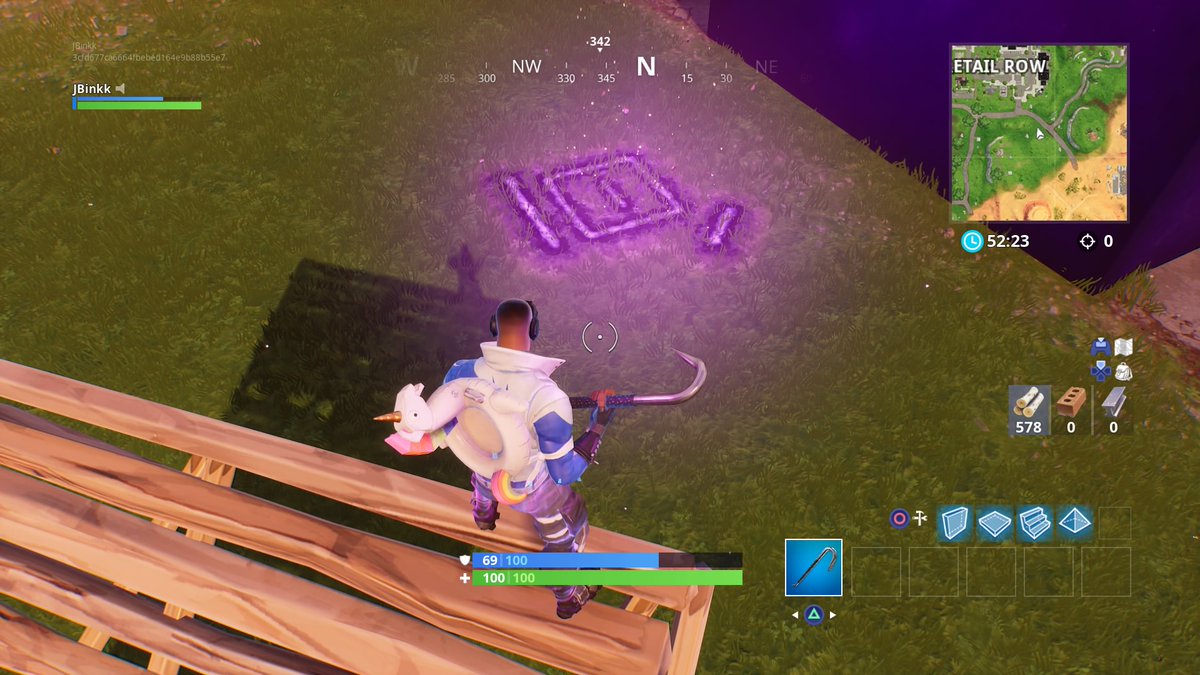 That giant purple cube in Fortnite: Battle Royale we all know and love has caused another mysterious symbol to emerge.

Yesterday, the cube stopped moving (again) and created the fourth gravitational field near Retail Row. Today, however, the cube went back in motion—but not before it left another strange symbol on the ground.

The rune looks different from all of the other symbols that have spawned in-game over the past few weeks. On Aug. 28, the cube stopped and created the first gravitational field near Fatal Fields. The following day, the first rune was burned into the ground where the cube previously rested.

Since then, other gravitational fields have emerged near Greasy Grove and Salty Springs. The next day, the second and third runes appeared at these respective locations.

The cube is on the move again. And this time, it looks like it’s heading north toward Wailing Woods. The location of the fourth gravitational field and rune follows the detective work of Fortnite fans who mapped out potential spots for future symbols—and the fifth destination they have is in the southwest portion of Wailing Woods.

Keep an eye on that giant purple cube, Fortnite fans. You never know what could happen next. Maybe it’ll play a song! Or write a book!