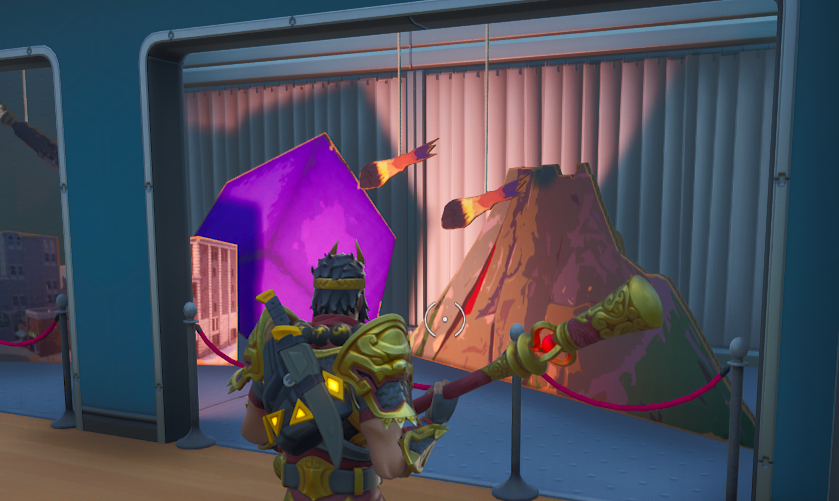 It’s time to once again head into Fortnite: Battle Royale to grab another Fortbyte.

Fortbytes are the collectibles introduced in season nine. There are 100 in total for players to find by completing challenges, and you'll be rewarded for collecting at least 90 of them.

The mission for Fortbyte 76 will send you to Neo Tilted. This Fortbyte should be "found behind a historical diorama in an insurance building."

The insurance building is located in the center of Neo Tilted near the Durrr Burger restaurant. You'll want to try to come toward the building from the south side of Tilted to enter the main door.

Enter the door and turn right. You'll come across a volcano diorama that you need to destroy to unveil the Fortbyte hiding behind it.

Simply interact with the Fortbyte and move on to the next one. If you don't have it already, there's also a Fortbyte in the Durrr Burger restaurant.