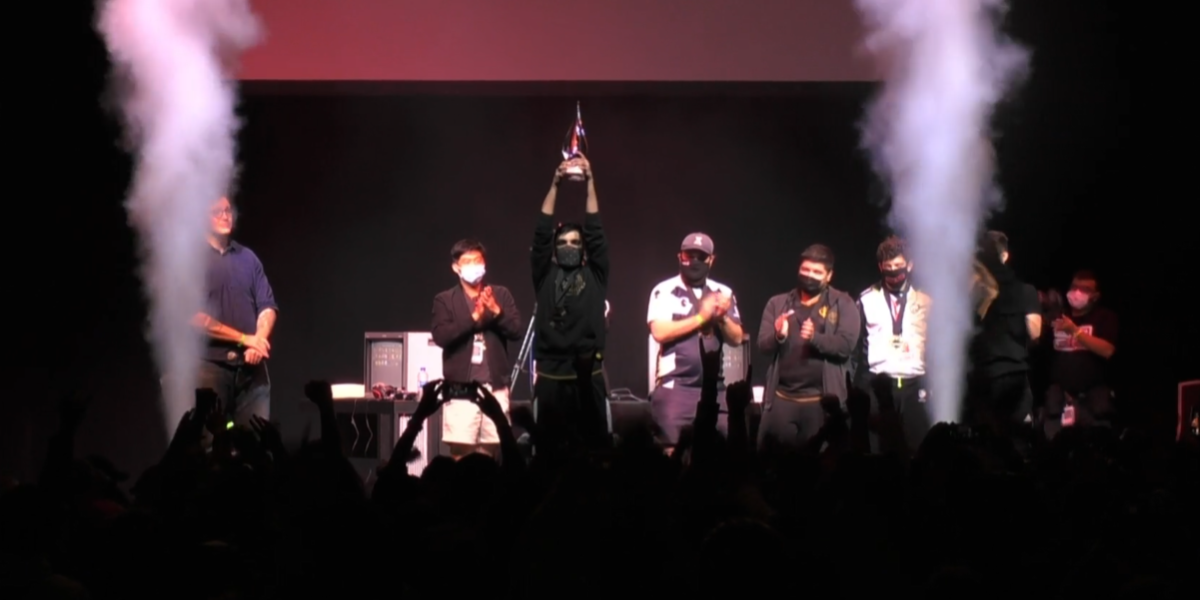 From major early upsets to cinderella stories, Super Smash Bros. Melee at Genesis 8 had it all. Zain, however, played the role of dream crusher, ending Jake “Jmook” Arvonio’s underdog run with a dominating 3-0 victory in the grand finals to secure his second straight Genesis title.

Throughout his run, Zain took care of business against multiple top players who he has historically dominated, like aMSa, Spark, and iBDW. And, even facing down a red hot Jmook who was riding high on three straight upsets, he played to his strengths to take it all.

Jmook’s rise into the top eight through the winner’s side was the main story of Genesis until the very end, with the Melee veteran from New York showing off a polished Shiek and making his first real run at a Major.

The underdog run started in winner’s round two, where Jmook beat Plup 3-2 as the crowd chanted his name. That carried him into another 3-2 win over lloD to qualify for the top eight through the winner’s side, and he even swept n0ne to start his day three-run.

It wasn’t surprising to see Zain make it into the winner’s finals, and he looked in top form, dropping just a single game to Jmook as he took his place in the grand finals.

Jmook dropped down to loser’s finals and clashed with iBDW to see who would get a rematch with Zain, quickly dispatching the Fox main in a dynamic series full of aggressive movement. However, he was beaten just as fast in his rematch with Zain.

Zain won games one and two with stocks to spare, forcing Jmook to swap off of Shiek and try to throw the top Marth in the world off, which failed. Many fans compared this swap to Armada’s last-ditch effort to beat Mang0 at the first Genesis, where he swapped off of Peach to Fox in the final game to poor success, which Jmook’s performance mirrored down to the number of stocks.

Not only was this Zain’s second straight Genesis win, but he also becomes just the second player in Melee history to accomplish that feat—joining Armada who won three straight at Genesis 2, 3, and four. This was also the third biggest Genesis event, with 1,550 total players registered to compete.

“It’s very fulfilling,” Zain said to PGstats. “I think in 2020 when I won my first Genesis I really thought “this is gonna be my year, I feel it” and, you know, a lot of stuff happened obviously. I stayed grinding, I played a lot, and for me, coming back to win this was really really important. I tried not to put too much stress, but I’m just so glad I could do it.”

Most of the top talent from Genesis won’t have long to rest as they will travel to Maryland and compete in another Major at Pound 2022 from April 22 to 24.