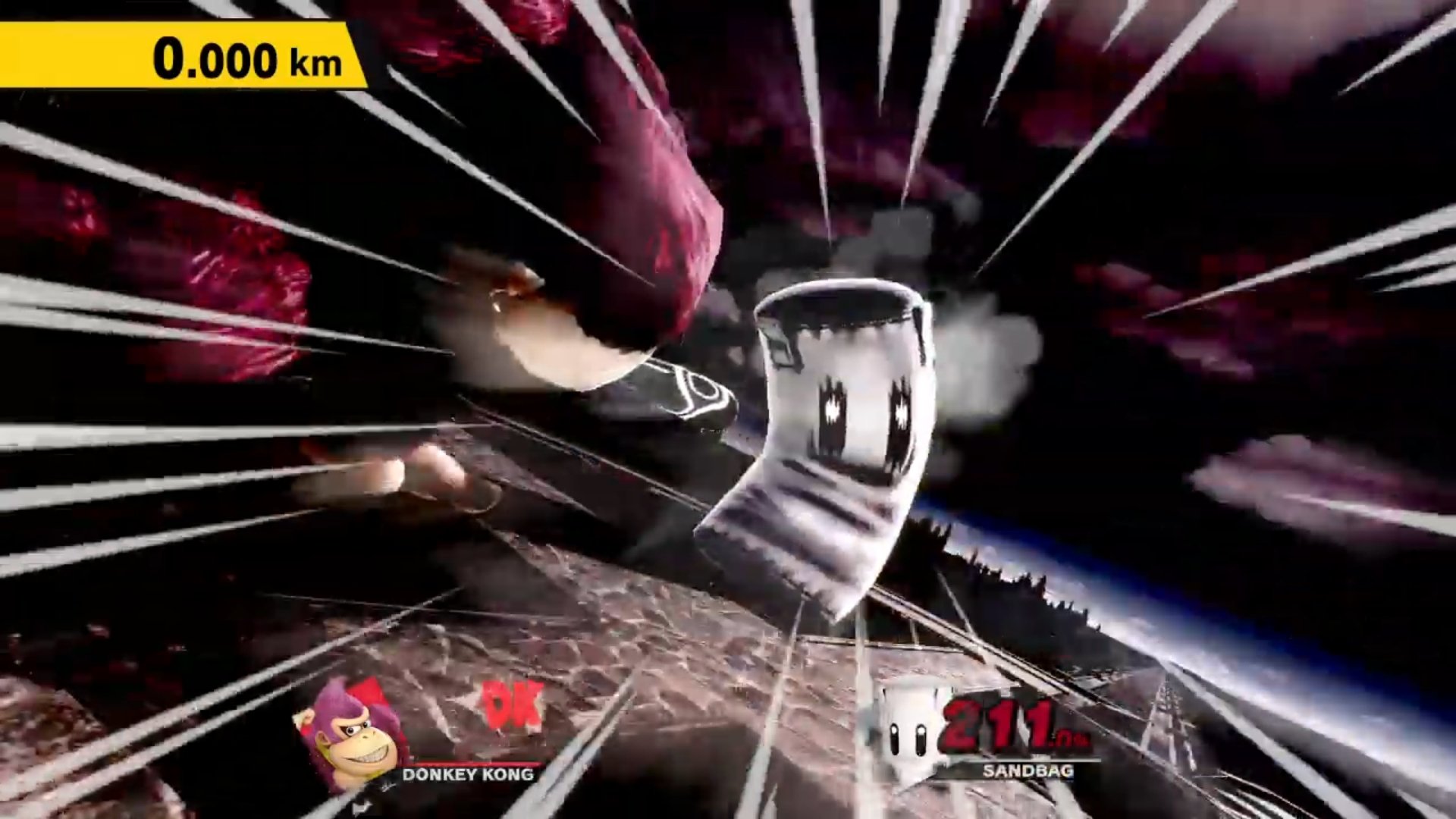 The Home Run Contest is back as a free update in Version 5.0 of Ultimate, letting players jump right back into smacking that sandbag to send it flying in an attempt to set the distance record.

The goal of the Home Run Contest is to deal as much damage as possible to the sandbag set in front of them within a 10-second time limit. Players can use the provided Home Run Bat item, or they can attack using whatever character they choose.

The higher the percentage, the higher the damage on the sandbag, the further it will fly across the screen. Once it hits the ground after taking flight, it will slowly slide to a stop, giving the players the total distance traveled on a sign that will mark the progress.

One of Smash’s classic modes didn’t get much of an upgrade in terms of content, but it looks better than ever now that it is included in Ultimate. The stage is bigger than it used to be, allowing for more maneuverability around the objective along with a stylish new animation for when the final hit sends the bag flying.

There is also a two-player mode that has two friends work together to damage the bag to send it even further. That could change the game for competitive contests where people work to set world records.
The Home Run Contest is available now, along with Banjo-Kazooie.