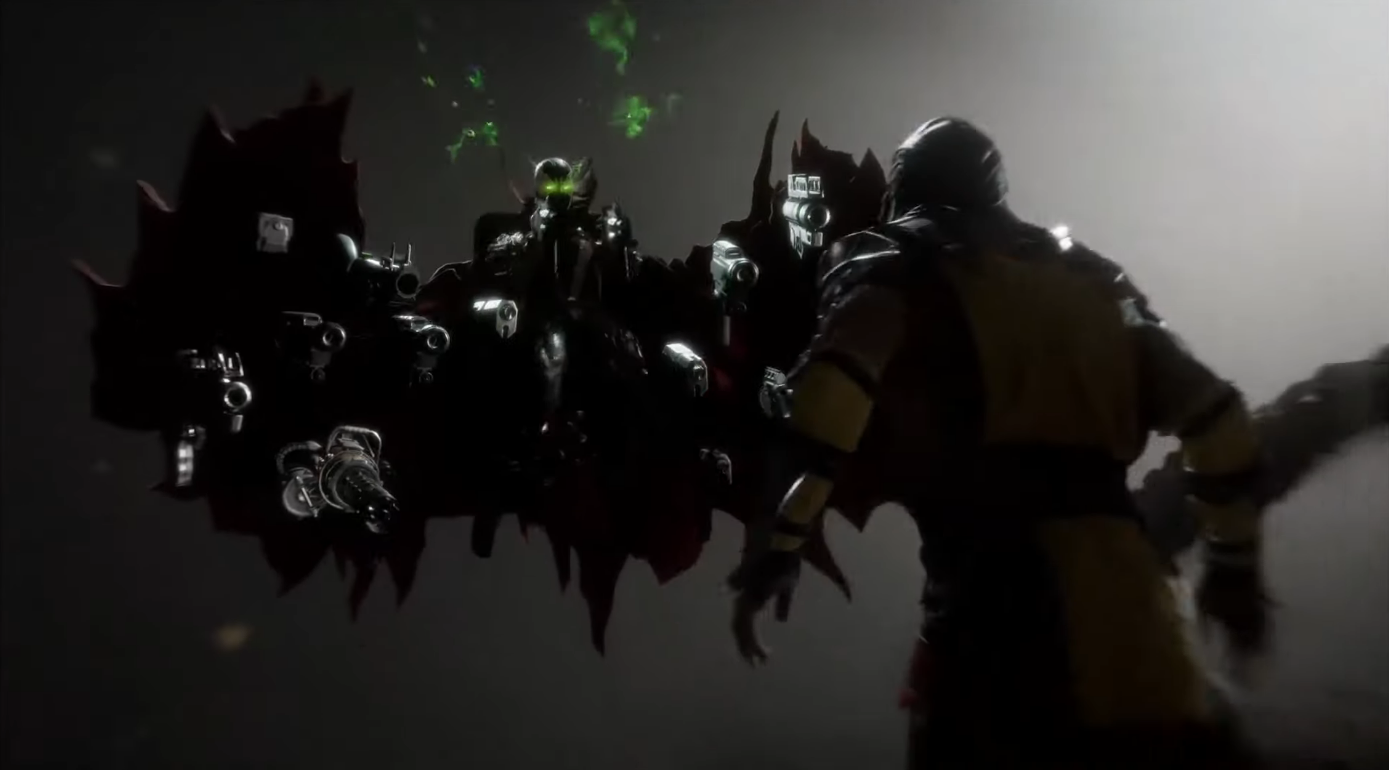 Weapons, blood, and a whole lot of unconventional attack methods pretty much sum up how Todd McFarlane’s Spawn looked in the Mortal Kombat 11 gameplay reveal for the character at Final Kombat 2020.

Not only does he have his iconic chains, guns, and a cape that can rip through flesh, but the demonic superhero looks like he will add an entirely new dimension to the MK roster when he releases on March 24 for all players.

Spawn looks to be a varied fighter, with several options to use against characters from all ranges—though it does appear most of his abilities lend themselves to being a mid-range fighter. His chains can grab, stun, or impale enemies, letting him follow up with devastating demonic strikes or use other weaponry to hack away at their health.

Though it wasn’t shown for long, there is even a move that will make Spawn temporarily invisible on screen if performed correctly. It does give some decent tells as to the character’s positioning even when invisible, but that will be something players will need to learn when practicing the matchup in the future.

Spawn will be the final DLC character for the first wave of MK11’s Kombat Pack, with the second season likely to be announced soon.

Players who already have the Kombat Pack DLC will get to play Spawn a full week early starting on March 17, with a full release scheduled for March 24. You can purchase the full Kombat Pack for $39.99, though it is on sale during Final Kombat for $15.99, or each individual character for $5.99.