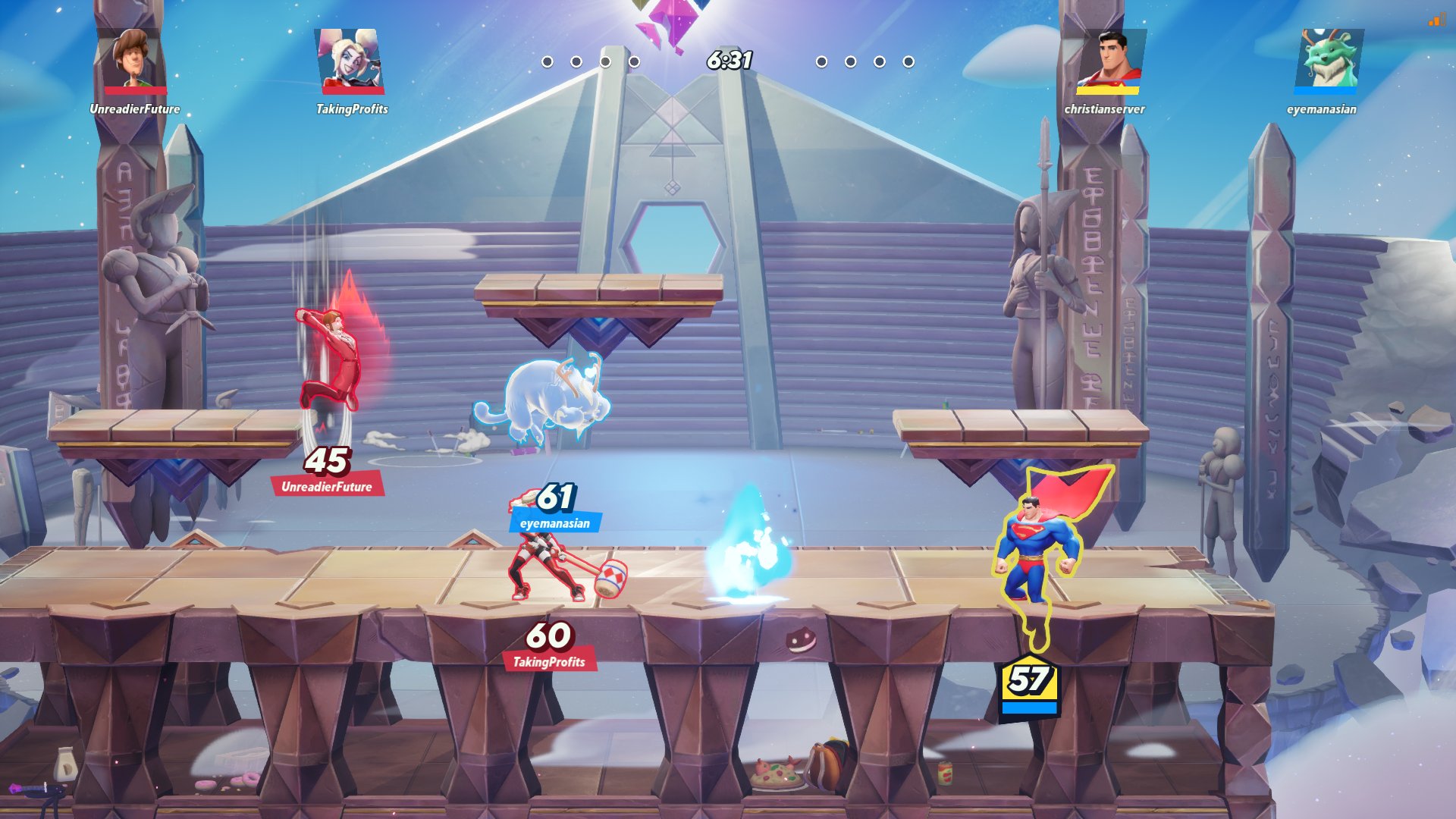 MultiVersus is the hit new fighting game from earlier this summer that brings fan-favorite characters from the last few decades of TV and film together for an all-star battle. Like other live-service games, MultiVersus is constantly receiving new content in the form of character buffs or nerfs as well as the occasional new content drop. Sometimes these updates can cause new bugs, though.

For example, a new bug has appeared in MultiVersus that hadn’t been previously showing up, causing Superman to get stuck in the main platform of each stage. This is obviously frustrating for Superman players, who have to take substantial damage to be knocked out of the stuck position. At that point, Superman has usually taken enough damage for an immediate Ringout.

The bug appears to happen when using Superman’s ground side special, which aims a punch that the player can control. It seems that aiming that punch too low when connecting with the enemy can trap Superman’s feet under the ground. He’s then stuck there, rocking back and forth with hits until he’s inevitably hit hard enough to knock him out of the stage.

This can happen pretty often, depending on how often you use Superman and the aimed punch ability. Right now, the only workaround is to try to avoid aiming your punch too low or avoid using the move when you’re on the main platform. Hopefully, Player First Games will release a fix for this and the other warping through the stage bugs soon.

This isn’t the first bug that players have reported about characters getting stuck under or falling through the stage completely. One of the currently listed issues on the MultiVersus bugs website states that Gizmo has a tendency to get stuck under the map completely.