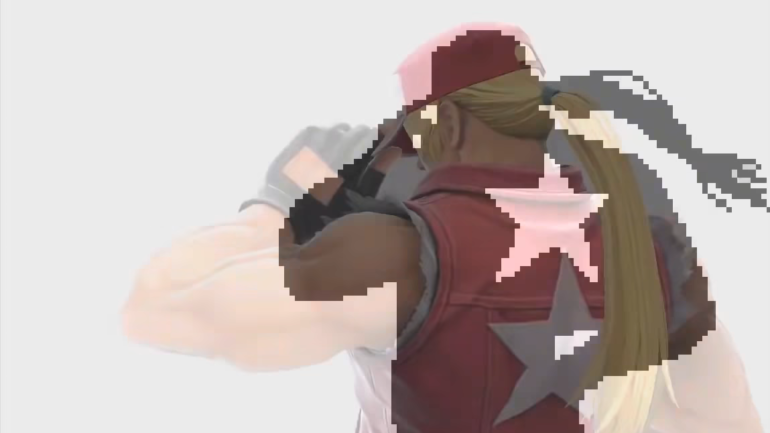 Terry Bogard from the Fatal Fury franchise joined the Super Smash Bros. Ultimate roster along with the 6.0 Update, a stage, and 50 music tracks. But he also brought a unique moveset that could have him fighting in the top tier soon.

The American fighter takes some of the best aspects from characters in the past and brings them to the current iteration of Smash, which will allow him to pull off moves that no one else on the roster can. From his series first double Side B to Go Special Moves, there is a lot to breakdown about Terry.

The character is new and everyone is going to be trying to learn how to play them, so here are some tips and insight into how to get started with playing Terry at the basic level. And thanks to Mason “Locus“ Charlton, one of the best Ryu and Ken players in the world, and the Smash Community for making a guide to command inputs for Terry.

The biggest plus for Power Wave is the fact it can be fast or slow, which allows you to mix up which version you are sending out to try and confuse your opponents. If used correctly, you should be able to shoot out a slow Power Wave and chase down your opponent once they either react too quickly or fail to avoid the mixup.

Not being able to use the traditional version in the air takes away a lot of utility from the move, but the airborne version does to slightly more damage and could work really well with combos discovered once the character has been out longer.

Side B (Burning Knuckle/Crack Shoot)

The first of its kind, a double Side B that can become an option in multiple scenarios. Burning Knuckle will almost always be your first choice since it has a lot of kill potential and can confirm at the end of some sick combos, but Crack Shoot is a utility move that can’t be overlooked.

If you are dealing with platforms you can poke at your enemies from below using Crack Shoot or try to get a good hit with little fear of being punished for nailing a shield instead. The only problem here is how reliable each move will be when the character spends more time in the lab, but the utility is always nice.

It’s also a really solid way to mix up and extend recovery options.

Up B (Rising Tackle)

Bayonetta Lite is what this move should be called since it provides Terry an easy out for most situations. If you hit an Up Air, why not combo with Up B? It is basically free damage and if it lands every hit it can reach the upper 20s in percentage dealt.

There is no chance it will become broken, but with an option to add invincibility frames on charge and it looking like a safe shield option, there is going to be a lot more than recovery tech tested with this one.

Down B (Power Dunk)

Time to hit the bread and butter of Terry combos. Power Dunk can provide an invincible start upon contact and deals some massive damage, up to 30 percent, depending on the combo you pair it with. The delay up hit can also be a good feint, but it will be the finishing blow to a lot of good strings.

It also doesn’t really hurt to just toss one out every once in a while since it can kill decently early and can easily be used to read predictable movement options and punish. The main downside is that there is no spike except for on the very last hit, but that is covered by so many other options that it really doesn’t hurt the move at all.

Terry has another set of skills that are unmatched by any other character, Super Special Moves. They are granted to him once he breaks 100 percent damage taken on a stock.

A more powerful but stationary version of the Power Wave that is one of the most iconic moves in Terry’s arsenal. You can easily deal massive damage, over 30 percent,  with one hit from this move but it is a slow build that is easily avoided.

Your best bet is to do something like Up Tilt into Power Geyser to deal a nice 40 percent, but that can also confirm deep into the mid percentages, so a second one might just kill depending on the character.

And now we move from one of his most iconic moves to another, Buster Wolf. This one is more difficult to pull off and a lot more situational than Power Geyser, but boy does it look incredible.

Forward Tilt comes in really handy here since if you time it just right you can hit with it and then go raw into Buster Wolf with no other inputs and land it. And for maximum damage and to really style on your opponent you can Down Air to Neutral Air right into the Forward Tilt Buster Wolf combo, which is a 60 percent-plus combo when it resolves.

Up Tilt confirm attack anyone? You can cancel out of an Up Tilt to throw out another move if you time things correctly, making it very easy to combo off of that as a first hit. If you spot dodge into it also makes Terry’s upper half invincible for a few frames, so there is that added bonus, too.

Forward Tilt also provides a few frames of invincibility and can cancel into specials. This is a great move when setting up for the Buster Wolf Special.

Down Tilt has little endlag on it but doesn’t do enough damage to make it a good first option in combos. Though it might be useful to poke every now and again.

Down Smash is powerful but a little slow, so using it is going to be situational. It does fit well into early to mid percent combos, so throwing it out won’t always get you punished. Likewise, Forward Smash packs a punch but is never going to be a safe option because it has a slow wind-up.

Up Smash is going to be about as useful as Ivysaur’s Bullet Seed, so only in certain circumstances when you can catch your opponent off guard with it. It could potentially be used to call out on shield since it is fairly quick.

You won’t be relying on grabs as your first or even second option, but there are several low percentage combos you can pull off out of several positions that make them a threat your opponent will have to respect.

Down Throw to Up Air, maybe even two at later percentages, and finishing it up with a Rising Tackle tacks on an easy 30 plus percent. Especially when your opponent is already in the 30 or 40 percent range, that becomes a real power option.

Down throw buries enemies, but it is very easy for them to escape and forward throw doesn’t really look great for early percent combos. When pressuring an opponent with a throw, up throw is your best bet, as it gives some good air and you can force options by jumping and waiting for them to commit to something.

Back throw is going to be a good option at high percents and it can start killing near 100 percent in the right scenarios.

Ryu was a top tier character in Smash for Wii U, but a lot of his moves got nerfed when the game was made into Ultimate. But that insane Neutral Air game is back and can combo across the entire stage if your opponent isn’t ready for it.

Oh, and you can spike with Down Air, so that is a fun way to style on your opponents after pushing them to the other side of the arena.

Up Air is a close second to the neutral game Terry brings. It can easily set up for combos and provides a nice hitbox for most scenarios when you are under another character. If you approach a platform you might be able to hit them up, spike them into the same platform with Down Air, and then combo into it with Burning Knuckle to deal upwards of 40 percent.

Both his Forward and Back Air are decent moves, but with how many options Terry has to deal with opponents, those are going to be the two you use the least out of the bunch.

Terry is a lot of fun to play and has a level of polish to his moves that is insanely accurate to his original games. He has a very strong chance to be a good character competitively and is a more than welcome addition to the Smash Ultimate roster.