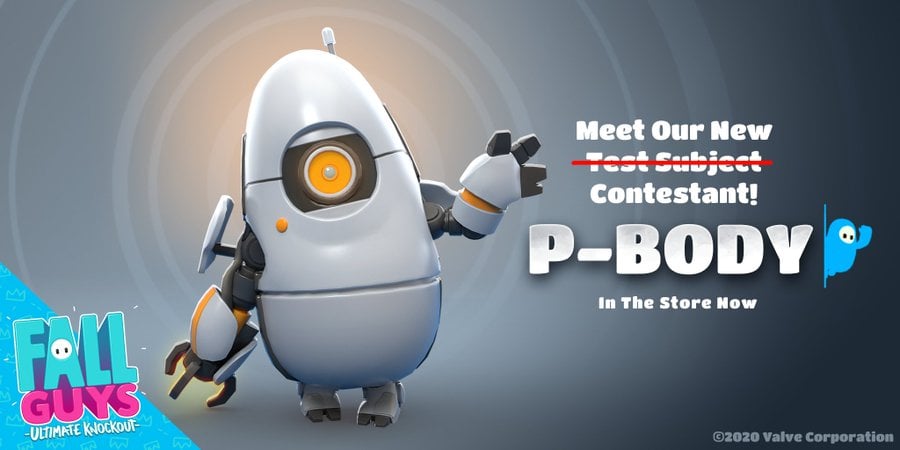 Fall Guys players can now purchase the special P-BODY skin from Portal 2. The skin was originally given to the “statistically best” Fall Guys player, who turned out to be popular Twitch streamer Dr. Lupo.

The Fall Guys social media team has done a great job interacting with the growing community and popular streamers who are enjoying their game. The team was heavily involved with popular streamer Timthetatman’s journey to a victory which attracted over 300,000 Twitch viewers.

After this incredible gaming moment, the Fall Guys team decided to reward the statistically best player with a unique costume early. This lead to players checking their inventories for hours, hoping to be the lucky individual. The search eventually ended when another popular streamer, Dr. Lupo, realized he received the new skin.

The skin is modeled after P-BODY 2, who is a popular character from Portal 2. Other characters from iconic Valve games such as Half-life and Team Fortress 2 are already available in Fall Guys, so players might see other Portal characters in the future. Many players were disappointed that the skin was only available for a popular streamer and not the general public, but they no longer have to worry about missing out.

The P-BODY skin is now available on PS4 and Steam. Both parts of the costume cost five crowns, so anyone who wants the full outfit will need to win 10 times before the weekend ends or use any crowns they have saved.