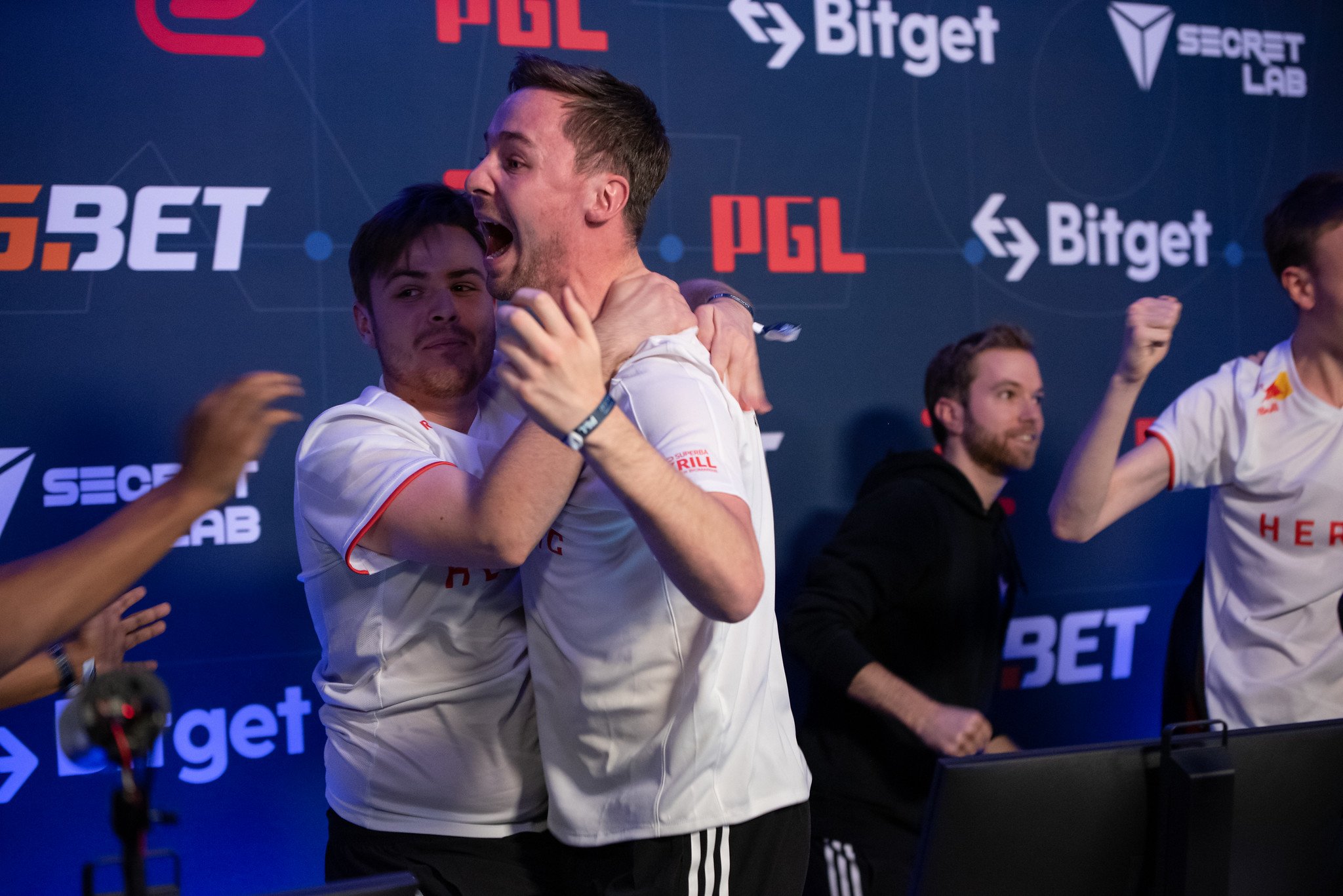 Before today’s competition in Belgium began, three more spots in the Champions Stage of the PGL Antwerp CS:GO Major were up for grabs. And for one of them, two significant Counter-Strike powerhouses from Europe—Team Vitality and Heroic—clashed with each other.

Not making the playoffs of the most important tournament of the first half of 2022 would probably be a failure for both of them. Heroic made the semifinals in the last Major in Stockholm. At the same time, Vitality revamped its roster at the beginning of the year, bringing in players like dupreeh and Magisk. Still, big names weren’t enough for Vitality to advance in this event since Heroic beat them 2-1 today.

The first map, Mirage, belonged to the Danish roster, who quite frankly dominated it. In the first half, they allowed their enemies to grab merely two rounds. After both squads switched sides, Vitality finally found some success and grabbed a few rounds for themselves, but it was too late. By the time they started turning things around, Heroic were already on map point. The game finished with a 16-7 result for Heroic.

Afterward, both sides loaded onto Overpass, Heroic’s pick. The Danish men started strong once again, claiming the first four rounds and managing a 6-2 lead. Then, however, Vitality’s individuals started to come into play, most notably Magisk. He had an admirable ace in the monster area, where he took all five eliminations only with the Desert Eagle. The former Astralis player was also the best player on the map with a 1.37 rating, according to HLTV. Overpass turned out to be a map of comebacks—one team got a major lead, and then the second caught up. Finally, Vitality triumphed, 16-14.

Therefore, it was time for Inferno, where Heroic for the third time in a row started in outstanding fashion (10-2). It seemed like this was all she wrote for Vitality when they lost a second pistol and were 14-5 down. At that moment, ZywOo and other players woke up and started mounting a comeback, leading to a 14-12 score. In the next two rounds, though, stavn stepped up once again and led his team to victory. The young Dane was the best player in the series with an 83/54 K/D ratio and a 1.50 rating, according to HLTV.

As a result, Heroic join five other teams in the Champions Stage of the PGL Antwerp CS:GO Major. Today, two more will qualify for the playoffs, while two others will join Vitality in bidding farewell to Belgium.

You can check out all the standings, scores, and schedule for the remaining matches here.