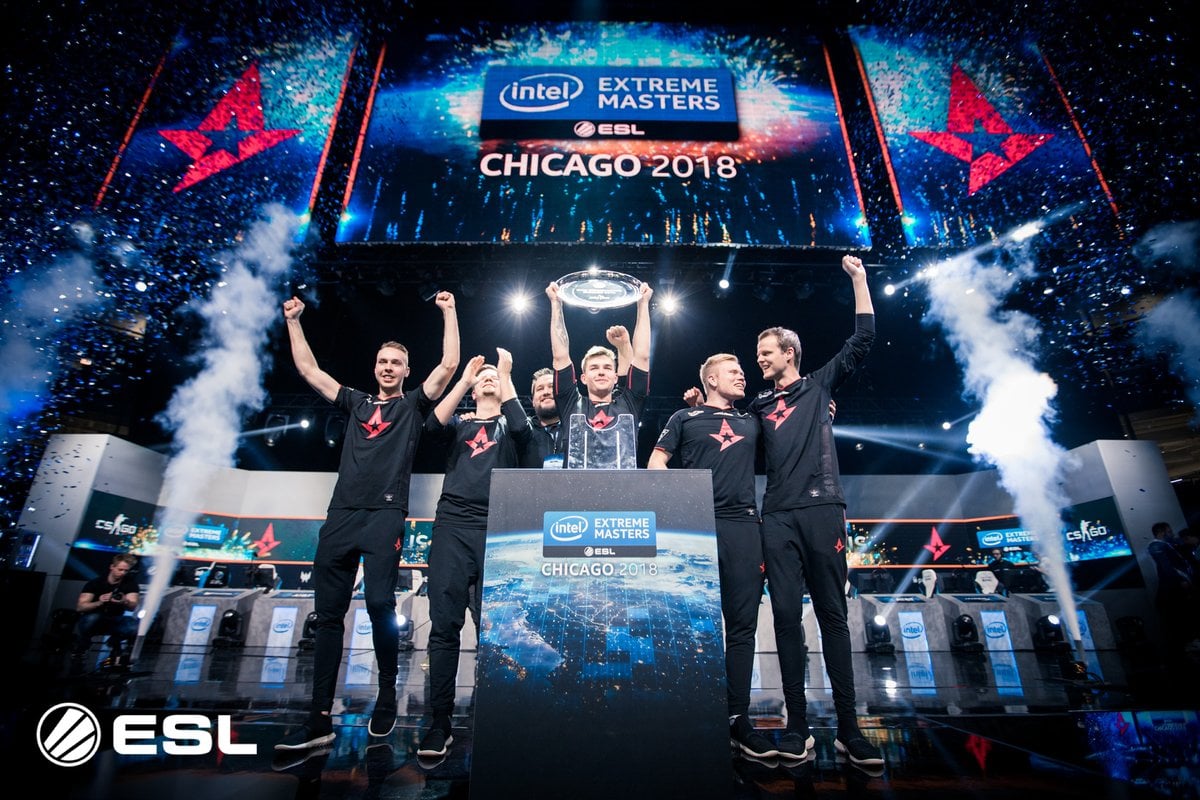 Astralis have been crowned CS:GO champions once again—and this time around, it’s at IEM Chicago.

Reigning from Denmark as the best team in the world, Astralis won their sixth international tournament of the year at IEM Chicago, losing only three maps in the process. To take the title, they swept Team Liquid in a swift best-of-five, which only lasted three maps because of the Danes’ exceptional map pool. During the map veto process, Astralis picked Nuke and Dust II, Liquid chose Mirage and Inferno, while Overpass was the decider.

Related: Astralis put on a show vs. Fnatic to earn an IEM Chicago grand final spot

After dropping the first pistol round because of an Emil “Magisk” Reif’s 4K, Liquid controlled the pace of the game by winning the opening CT buy rounds. Astralis were still able to put a few rounds on the board and trail at the half 9-6 despite massive plays from Keith “NAF” Markovic and Epitacio “TACO” de Melo. It looked like Liquid were on par to win the map due to a NAF one-vs-two 4K clutch, but Astralis secured the win on Mirage with a tight CT comeback from 10-14 to 16-14.

Astralis opened up Nuke with a dominant string of offensive rounds until Liquid found their footing later in the half, trailing 9-6, with the help of Nick “nitr0” Cannella on the AWP. Once the Danes won the second pistol round, it was smooth sailing to game point against the weak NA offense, which had only one successful round.

A wonky pistol round win helped give Liquid a few early rounds, but Astralis absolutely crushed their opposition in the first half 11-4 on their CT side. The Danish side took the second pistol, thanks to a multikill from Nicolai “dev1ce” Reedtz, and completed the series sweep vs. a quiet and tilted Liquid. Every single star from Astralis was firing on all cylinders, and not a single player underperformed in the grand final.

With this being Astralis’ sixth title of 2018 and their fourth-straight grand final win vs. Liquid, IEM Chicago further solidifies them as the best team in the world. Following their win at the FACEIT London Major in September, it was confirmed that 2018 is really the “Astralis Era.” Now their dominance at the upper echelons of competition is getting out of hand.

They’ve perfected and elevated the CS:GO meta for months on end and they’re seemingly unstoppable, begging several important questions—are they the best lineup in the history of Counter-Strike? And how can anyone prevent them from winning every single big event?

Astralis are an esports enigma that needs to be solved by contenders like Liquid, FaZe Clan, Fnatic, and Natus Vincere.