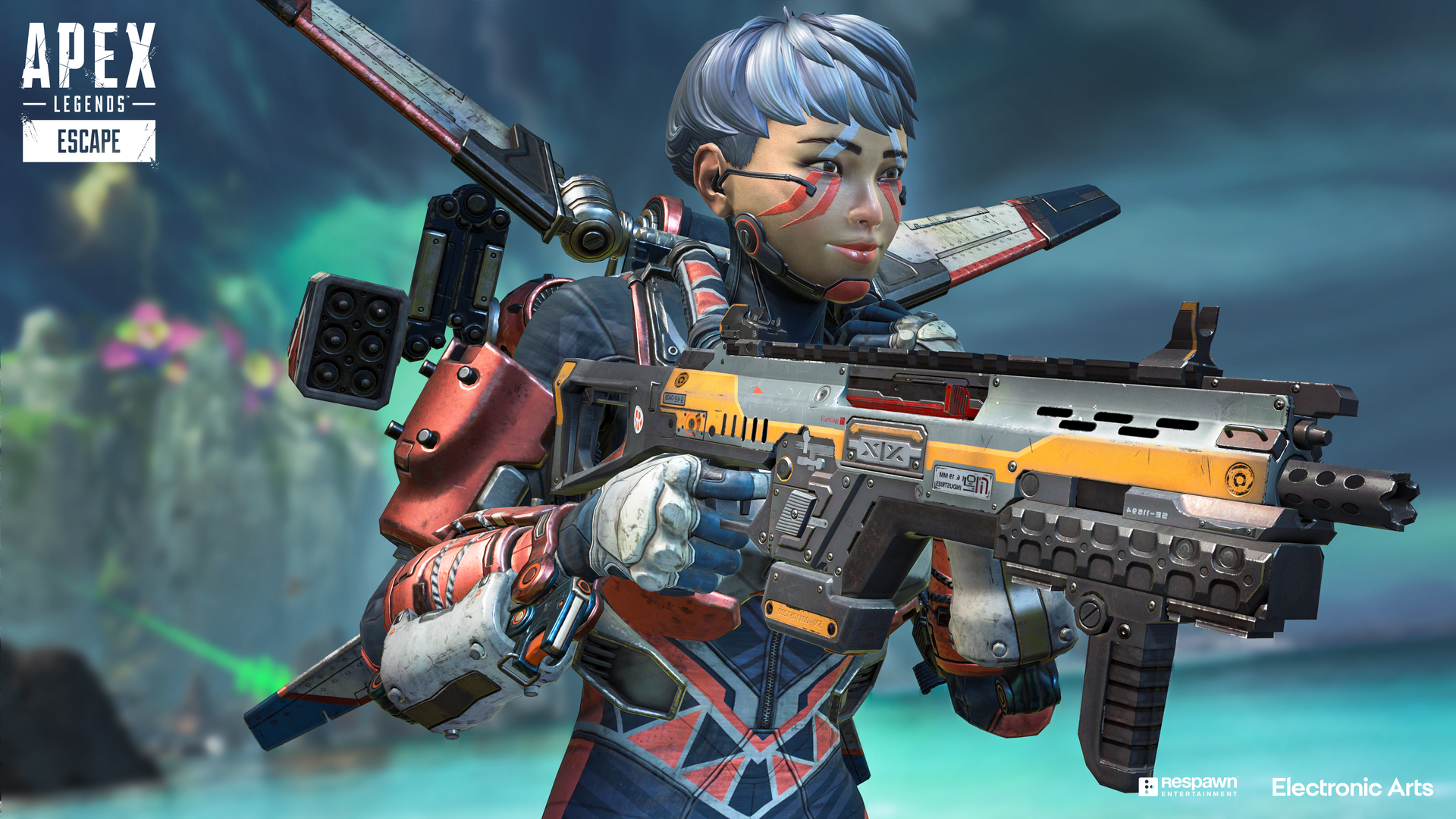 The C.A.R., which stands for Combat Advanced Round, is already familiar to fans of Titanfall, where it appeared in both the original game and its sequel. While the new version of the gun shares a lot of the same DNA with its predecessors, featuring a high rate of fire and superiority at close range, it’s been updated for Apex with an intriguing new perk: the new C.A.R. takes both light and heavy ammo. Switching between ammo types works on a toggle just like a Selectfire Receiver or Precision Choke hop-up, allowing players to choose which ammo reserve to use, though the different ammos have no effect on the fire rate, range, or damage.

It’s the first gun in the game that can take more than one type of ammo, making it completely unique.

But is the C.A.R. any good? While the Volt and Bocek Bow were so strong on release that they had to be nerfed almost immediately, other recently released weapons have run the gamut from decent to mediocre or worse. The Rampage is a well-balanced weapon with a powerful and novel mechanic. The 30-30 Repeater has its fans, most notably Cloud9’s Mac “Albralelie” Beckwith, but most players agree it’s underwhelming.

The C.A.R. looks like it will settle right in the middle of the pack among other newly released weapons. While the gun’s ability to take two types of ammo makes it superficially versatile, it attempts to solve a problem more easily fixed by looting, crafting, or using a Loba or Lifeline ultimate.

The C.A.R.’s ambiguous role in the meta was already clear in the blog post announcing the release of season 11, where it was billed as a “flexible” weapon and “the gun for when you’re ready to make a stand and become the last Legend still standing.”

Other guns in the SMG class are either comparable to the C.A.R. or slightly outperform it. The R-99 deals less damage, fires a bit faster than the C.A.R., and its recoil pattern is easier to manage (possibly due to player’s familiarity with the old stalwart). The Volt is significantly easier to control at medium range and does more damage per bullet. The Prowler also does more damage.

But, other than personal preference or necessity, there isn’t a compelling reason to regularly use an SMG on Storm Point. The wide fields, beaches, and exposed slopes of the mountainous island seem to favor longer-range engagements so far, where snipers and marksman weapons like the Triple Take, fresh from its stint in the care package, are almost must-haves.

That should leave the C.A.R. in a spot similar to the R-99. It’s fun to shoot and highly effective at close range but takes more skill and consistency than using a shotgun. And it’s really not as flexible as advertised. The C.A.R.’s recoil, particularly at medium to long range, means weapons like the R-301 and the Flatline will outclass it in anything other than point-blank combat, where the C.A.R. loses out to shotguns like the EVA-8 and maybe even the recently buffed Peacekeeper.

The C.A.R.’s salvation has to be found in the gun’s ability to shoot both light and heavy ammo. That makes the C.A.R. an economical pick, theoretically making resource management and looting less of a chore. Players who find themselves perpetually out of ammo might enjoy this feature. But it’s not clear how common it is, outside of pro play, for players to experience consistent ammo shortages. Replicators were buffed for season 11, allowing players to get larger stacks of ammo from the machines, and encounters with the hostile fauna on Storm Point award ammo as well.

The C.A.R.’s true strength is probably its ability to use an extended magazine of either light or heavy ammo, allowing a player to get that crucial upgrade faster. That’s enough to favor it over the R-99, but not enough to push it into the top tier. The C.A.R. also might see more use in pro Apex, where players don’t struggle with recoil patterns and many teams hurry to zone without much looting. In those situations, the C.A.R. will be a decent find.