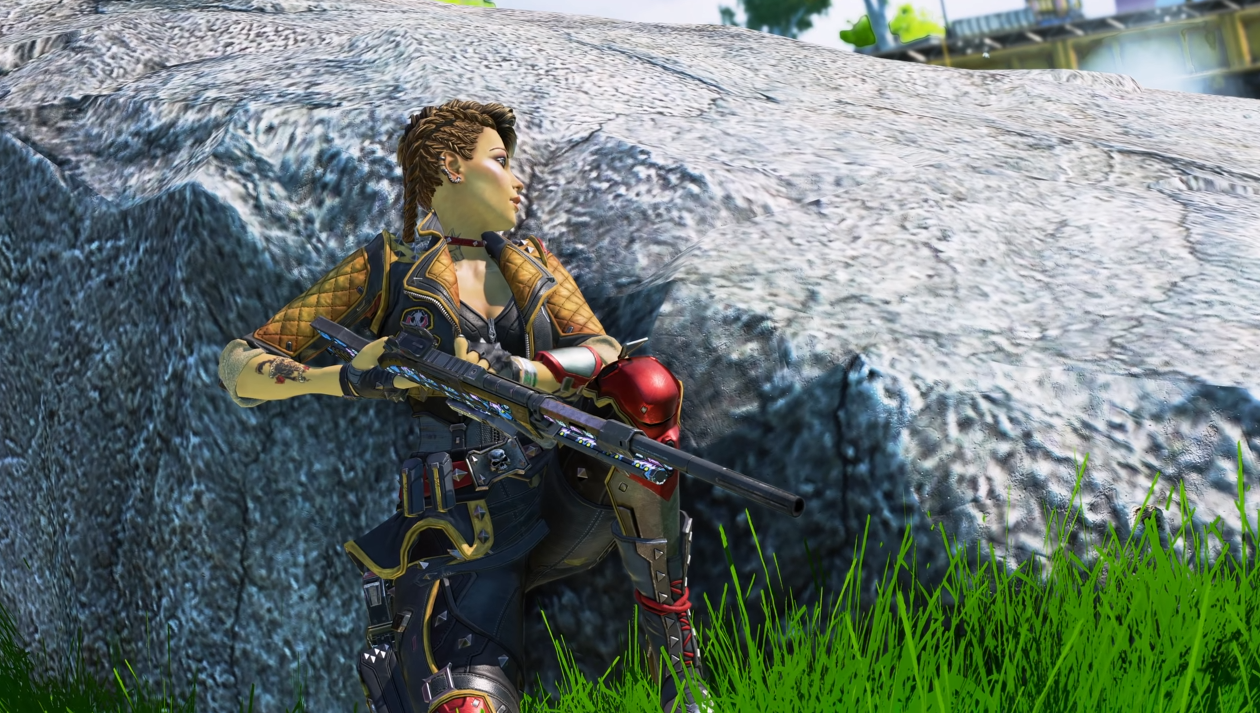 There’s a reason Apex Legends won the “Best Game You Suck At” award during the 2020’s Steam Awards. As fun and heart-pounding as it is to claw your way to victory during a battle royale match, you’re likely to encounter five or ten losses for every win you snag–unless you’re a pro player, of course. When faced with loss after loss, it can be tough to find the motivation to keep grinding, especially if you’re not sure what you’re doing wrong.

To help you improve your game, we’ve compiled some of our very best tips, tricks, and strategies in this guide. These strategies can be generalized to all legends and all maps, so don’t worry if we don’t mention your main or your favorite map. If you put in the hours and work toward deliberate improvement, it’s more likely that you’ll play better and help others play better.

Here’s a list of things you can do to get better at Apex. Note that this guide applies specifically to battle royale, not Arenas, but many of the tips do carry over.

How to get better at Apex Legends

Apex‘s expansive list of guns and weapons can look intimidating, especially if you’ve never played it before or if you’re new to FPSes. Even if you aren’t, it’s easy to get swept up in the discussion of meta weapons, pick rates, buffs and nerfs, and more. Rather than trying to wade through all the information available and learn every gun at once, work on your aim fundamentals before trying anything else.

Much of Apex relies on precision aim, especially if you’re fighting at mid- to long range. It’s important to understand how to aim effectively in all ranges as well as study up on the basics of ADS vs hipfire and recoil. Plenty of pro players and streamers have video tutorials on how to aim and adjust your crosshair for maximum effectiveness; if you’d rather just watch them play, you can often pick up the same tips from their streams by paying attention to the way they move and shoot.

There are also dedicated aim training tools out there to help with mouse movement and stability, including the well-known Aim Labs. If you don’t want to use a third party tool, simply spend a little time every day trying out different weapons at different ranges in Apex‘s Firing Range. It might be tempting to kit them out with a ton of attachments, but get used to using them with no upgrades, too–after all, you’re not always going to find that purple stock and Turbocharger as soon as you drop. After a while, you’ll get a sense of the way weapons feel in the game, which will help improve your aim across the board.

Once you feel better about your aim, it’s time to start examining playable characters and weapons more closely to find the ones that match your play style. While much of Apex is about movement and mobility, it’s not always about running and killing as fast as possible. If you prefer to hang back at long ranges and snipe or choose one area to defend to the very end, there are legends for that, too. It’s all about identifying the way you want to play, which does require a little introspection.

While some legends will always be more “meta” than others, don’t let that discourage you from picking a character you enjoy playing as. Someone who knows how to play a legend very effectively will almost always beat someone who’s struggling to play a more popular or conventionally powerful legend and doesn’t know how to use them beyond a basic understanding.

The Firing Range allows you to try out legend abilities in addition to weapons. While not all of them will be usable in this situation–certain abilities, like Lifeline’s Combat Revive and Valkyrie’s Skyward Dive, require teammates and therefore can’t be tested unless you’re in a match with a squad–you can still try out the majority of the game’s passives, tacticals, and ultimates in a safe, non-combative space. This way, you’re not fumbling for the right inputs when you get into a match and you have a general idea of the range and use of your favorite legend’s abilities.

Play style extends beyond weapons and legends, too. How do you like to play specific maps? Do you prefer to chase enemies down or would you rather wait for them to come to you? Do you like to play inside the Ring, or do you use hoard heat shields and Med Kits to play outside of it? How quickly do you rotate between and during Ring movements? These are all questions to ask yourself. Once you have a clear idea of how you approach a battle royale match, knowing where you need to sharpen your skills becomes much clearer.

When you’ve found the way you like to play, look for teammates who like to play that way, too. Apex‘s developers have said over and over that the game is meant to be played with teams, so if you’re serious about improving, climbing the ranked ladder, or both, find some friends or other players to join up with. Playing effectively with a squad requires the same level of introspection as finding your own play style: how does your squad like to play? Who’s doing the callouts or shotcalling? How is loot distributed? How are decisions made as a whole? These are things you’ll need to talk about before you ever queue up for a match.

If you’re dead-set on going solo, make sure to pick a legend who pairs well with the majority of the game’s cast. Playing primarily with random teammates while trying to improve isn’t necessarily the best strategy, but if you have no other choice, it’s better to cooperate with your matchmade squad than try to fight with them. Splitting up because you don’t like the direction they’re heading in, for example, is usually a recipe for defeat.

Above all, remember to be patient. Don’t expect to achieve the same kind of feats as an ALGS squad right away. Different players improve at different rates and have different levels of dedication. If something isn’t working for you, find a new group–don’t take it out on your teammates. Respect, communication, and support are the best recipe for a coordinated squad, and coordinated squads win the most games.

As of season 14, Apex contains four huge battle royale maps. The lands of Kings Canyon, World’s Edge, Olympus, and Storm Point play host to a huge amount of fast skirmishes, drawn-out sniper battles, and dramatic final ring clashes each day. While only a handful of maps are in rotation at any given time, they often come back for events and limited-time modes (LTMs), so it’s important to be familiar with all of them.

We have map guides for individual map, but on the whole, you’ll want to know each map’s points of interest (POIs) and rotation paths inside and out. It may seem like a daunting task, especially with how big each map is, but after you’ve spent a few hours playing each one, it’ll feel a lot more natural. All of the game’s maps are constructed meticulously with the intent of providing multiple paths into and out of each POI and making the game flow well; the more you understand how each one is laid out, the better you’ll feel when you have to make a decision on the fly that could spell victory or defeat for your squad.

As you learn each map, keep an eye out for good and bad drop points, high loot concentrations, hot loot zones, and map-specific elements like Kings Canyon’s Explosive Holds and Olympus’ Loot MRVNs. Dropping in a place that gets you the loot you need can be the different between dying on contact and surviving all the way to the final ring. Don’t drop somewhere just because everyone else is–chances are, you won’t survive the melee that follows.

Like everything else on this list, it will take some time to find the optimal settings for your play. Some, like mouse sensitivity, are extremely personal. While practicing your aim, adjust your sensitivity up and down to see what feels the most natural. Higher sensitivities require less hand, wrist, and arm movement, while lower sensitivities result in larger motions.

If you’re playing with extremely low sensitivity, be careful with your hands and wrists, especially if you plan on going pro or playing for multiple hours at a time–the repeated motions required for moving and aiming can cause carpal tunnel, tendonitis, repetitive stress injuries, and other musculoskeletal problems.

Apex also allows you to change the way damage numbers are displayed, the color of your laser sight attachment should you add one to a gun, whether your legend automatically sprints, and so much more. If you take a few minutes to go through your settings and adjust them to your liking, you’ll reap the rewards tenfold during your next match.

There’s a lot going on in Apex, but with a little time and patience, it’s possible to improve dramatically. You may not be able to make it all the way from Rookie to Apex Predator like iiTzTimmy, but you’ll have a much better foundation for your play and you’ll know exactly where you need to put in effort to improve. Good luck and have fun out there, legends!