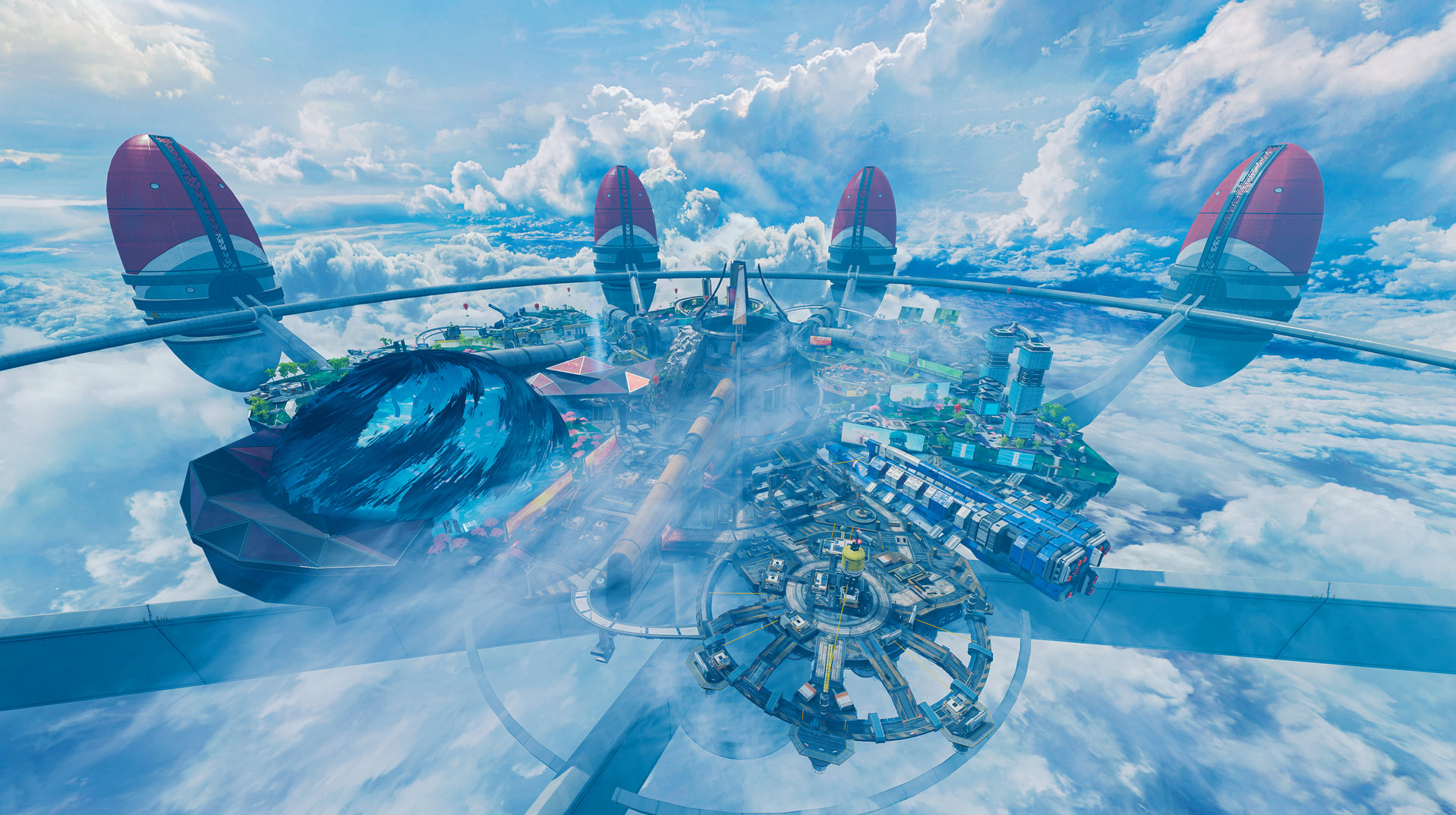 Olympus, the third battle royale map in Apex Legends, made its first appearance back in season seven. At the time, it was nothing like the previous two maps, Kings Canyon and World’s Edge. Rather than sharing their predisposition for rugged terrain, high cliffs, and battle-scarred buildings, Olympus was much brighter, more colorful, and more suburban. It was clear that at some point, people had called this map home—before the introduction of the Apex Games, of course.

Since its introduction, Olympus has added five new POIs, two of which are considered town takeovers. The map has also seen its fair share of terrain adjustments, rotation path changes, and of course, plenty of gun fights. While it’s  not currently in the ranked rotation, it’s still important to get to know Olympus thoroughly if you want to take home the coveted title of champion.

Here’s everything you need to know about Olympus, including the best drop points, rotational strategies, hot loot zones, and more.

Where to drop on Olympus

When you jump into a match on Olympus, it’s easy to be overwhelmed at the sheer number of potential drop points. Unlike Fragment on World’s Edge or the old Skull Town on Kings Canyon, Olympus doesn’t have one particular point where the entire lobby likes to drop. There are plenty of viable options for those looking to either get into an early fight or gear up before they take on their opponents.

If you’re looking to loot first, one of the best places to drop on the map is Phase Driver. It always contains plenty of guns and ammo in both the phase driver itself and the surrounding houses. It’s tempting to drop and immediately pull the lever in the center to get high-quality gear, but if you notice anyone else looting within the general vicinity, you’ll probably want to avoid this, as it makes a lot of noise. Instead, aim for the houses in the back, which always have plenty of ammo.

Another good drop location is Docks. Because it’s often way off to the side or at the very end of the dropship’s path, Docks is frequently uninhabited. The center supply bin in the very back of Docks at the edge of the map always contains great loot, including blue and purple EVO shields, gold backpacks, and fully-kitted weapons. Even if someone gets to the good supply chest before you, there are still plenty of other places to look for gear.

If you’d rather fight first, Bonsai Plaza is the closest Olympus has to a Fragment. People always drop there since there’s generally excellent loot throughout the several towers and in the intervening gardens, so you’re almost guaranteed to get into a fight. Land in the upper levels and grab the closest gun to get the drop on the people around you—if you land on the ground, you’ll likely be picked off by people with a better vantage point.

Estates is another place to look for an early fight. It’s easier to find cover here, as the houses allow you to bob and weave between enemies and look for quick targets. Loot is a little more scarce here, and you have to run between houses to find it, which briefly exposes you. Wait for other squads to start fighting and use their fire as a distraction while you gear up quickly.

Clinic, Olympus’ latest town takeover, offers a good mix of fighting and looting. It contains a single Lifeline-style care package that can only be activated by the first squad to get there, so if you want its goodies, you’ll likely have to land there to stake your claim. The interior zone offers healing to those who stand in its Med-bay, which provides decent support in the middle of a firefight.

If you survive your first fight (or second, or third), you’ll likely want to rotate to another zone to get the jump on enemies or continue looting. Olympus has plenty of opportunities for rotations, but many of them are in high-traffic areas, so it’s important to accurately gauge risk against reward when deciding to move to a different POI.

One of the busiest rotation zones is through Turbine, which is one of the central POIs on the map. Turbine has several entrances, including one behind Hammond Labs, one near Energy Depot and Rift, one near Estates, and one near Fight Night. These are all extremely popular POIs with a lot of traffic. Going through Turbine is frequently the fastest way to get to a new POI or inside the ring, but you risk running into another team coming off of a fight with powerful shields and weapons.

Another frequent rotation zone is Terminal, which connects the Hammond Labs and Estates area with Phase Driver, Solar Array, and Bonsai Plaza. It’s a little easier to navigate than going through the area with the large hole between Grow Towers and Solar Array, but it’s also more constrained, making it easier for enemies to land area of effect attacks and block off exits. Terminal frequently contains a replicator, so it’s good for a temporary visit, but don’t spend too much time there lest you come face-to-face with another team.

Energy Depot is a particularly tricky place to rotate through. Like Turbine, it connects several popular locations. It’s also more wide-open than Turbine, especially if you’re approaching from the Gardens side: you can’t slide down the long downhill slope coming into Energy Depot and there isn’t much cover, making it easy for enemies to see you and take aim. If you want to rotate through there, you’ll need to move slowly and carefully to avoid enemies—or go in guns blazing if you’d rather take them out.

Even if they’re not considered hot loot zones, there are a few POIs that have consistently good loot. Like hot loot zones, these are frequently some of the most fought-over zones on the map, so if you’re looking to get a slower start, you might not want to land in any of these locations.

As previously mentioned, Docks has a supply chest way in the very back overlooking the edge of the map that always contains high-quality loot. This is probably the easiest and quickest way to guarantee good loot, but it also places you at the very edge of the map, so if the ring is on the other side, you’re out of luck.

Elysium is another of the best places to get good loot. Unlike Docks, Elysium has excellent loot scattered all over its small circular area. It’s easy to find gold shields, gold backpacks, fully-kitted weapons, and plenty of ammo here; no matter what legend you’re playing, you’ll find something that works for them. Elysium is always a heavily-contested zone, especially if it’s in the path of the dropship, so be ready to fight for your gear.

Oasis is a heavily contested area that contains excellent loot. To get to the best stuff, including the gold body shields and knockdown shields, you’ll need to use ziplines to travel to the lowest level of the two buildings. There are always at least a few squads who land here, but the towers offer plenty of space to hide, so you aren’t out in the open as much as you would be at Docks or a similar location.

Solar Array is the best place to land if you’re looking to snipe. The central building underneath the solar panels always has plenty of sniper gear and high-level attachments on its roof, making it one of the easiest places to find a good long-range scope. The inside room below the roof also frequently contains extended magazines and digital threat scopes, so even if you’re not a sniper, you’ll probably find something useful in Solar Array. Like many other popular loot zones, Solar Array is often heavily contested, so watch out for other squads while you’re finding your perch.

Like Apex’s other maps, Olympus is almost a character unto itself. It has plenty of secrets, teasers, and stunning views for players to stumble upon in between fighting and looting. With this guide by your side, you’ll be prepared to get the most out of your play time on this very unique map. Happy looting!