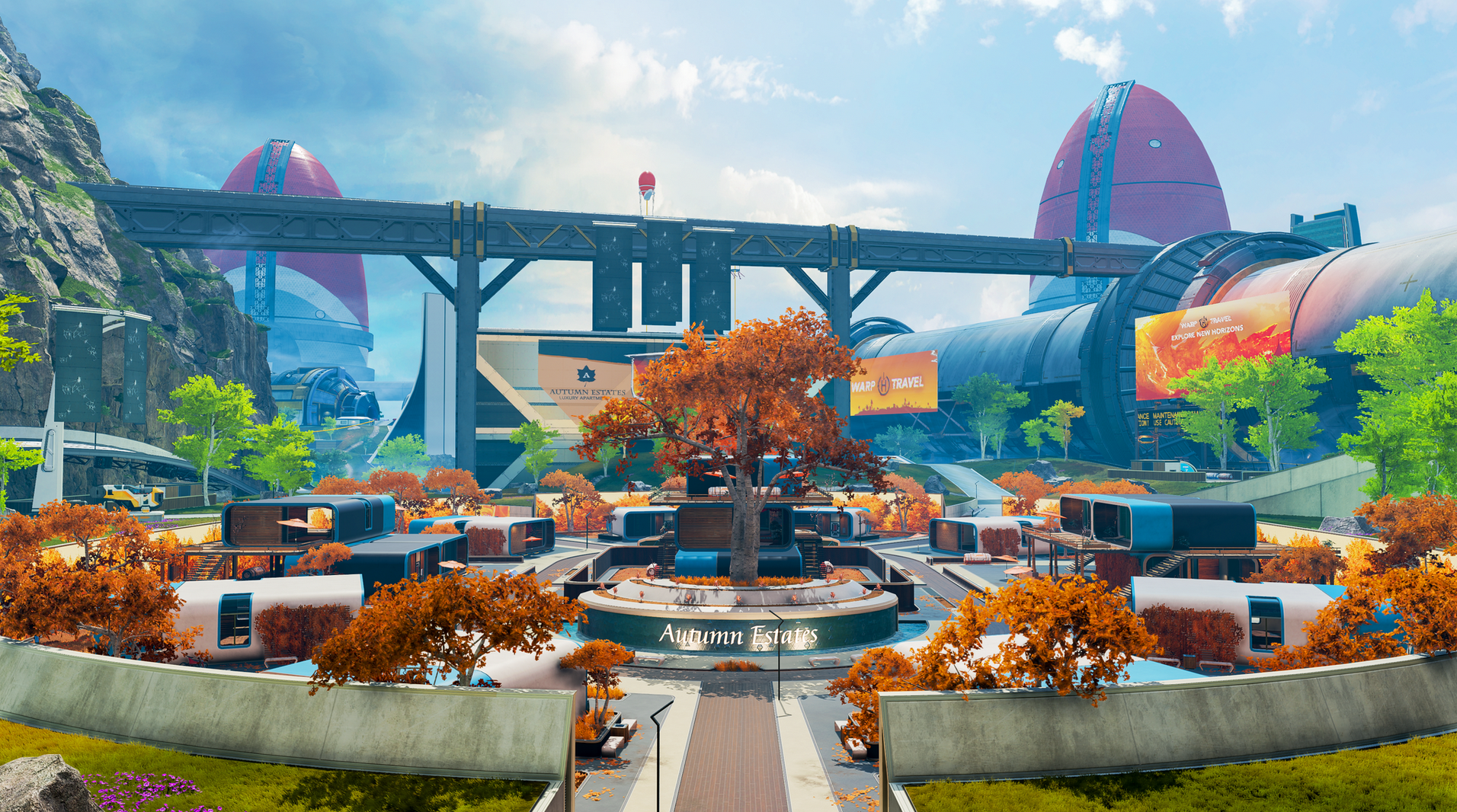 The four maps in Apex Legends have changed a lot since their respective releases. Successive seasons have seen the removal of the popular Skull Town drop spot in Kings Canyon, the chilling addition of the Climatizer on World’s Edge, the introduction of Phase Driver on Olympus, and the very recent addition of the scenic Storm Point. Thanks to these big changes, it’s safe to say the best drop points on each map are different from what they used to be.

To keep everyone at the top of their game, we’ve examined and detailed the best drop points on each map. The points are listed in no specific order and were chosen based on popularity, loot availability, loot rarity, play style, and rotation potential.

Labs, specifically the interior zone denoted by the tall portal, is a great place to drop if you’re looking for an early-game fight. The skirmishes that take place in its interior are quick and intense along the tight hallways. If you change your mind or too many people drop there, you can duck out the double doors on the right wall for a stealthy exit into Capacitor.

Another popular drop zone, Cage is great for snipers who want long sightlines and high vantage points. If you get lucky with Ring placement, you can conceivably stay there for an entire match and take potshots at the people underneath you.

While it’s a little more off the beaten path than other prime drop locations on Kings Canyon, Swamps is a high-tier loot zone with plenty of goodies for an entire squad. It’s easy to get kitted up here before rotating into more populated zones for an advantageous fight.

Containment is another of Kings Canyon’s most popular drops—and for good reason. It’s frequently considered a hot loot zone. Even if it doesn’t bear that coveted description, it’s still a great place to drop thanks to its centralized location and likely proximity to a fight.

Capacitor has a ton of loot packed into a large bowl-shaped area. There are plenty of buildings to duck into if you need cover, and you can catch people coming out of Labs for quick kills.

Unofficially known as the “TTV drop,” both Fragment East and Fragment West are incredibly popular, meaning players are almost guaranteed to find an early fight within its walls. While the loot found here isn’t great—in fact, it’s actually been nerfed—it’s still the go-to hot drop location.

Depending on the way the initial dropship travels, The Geyser can either be off the beaten path or right in the center of the most populated zone. Either way, the area’s central geyser is a great repositioning tool, there’s easy access to a nearby Vault, and the buildings hold plenty of loot.

The Tree is another strong zone for loot. It attracts an average number of people, but what makes it good is you can easily run to the buildings behind the Tree itself and hide from anyone you might find. The paths around the Tree are also good for getting an easy vantage point and looking over at the nearby Lava Siphon.

Countdown is a popular drop, making it a good place to go for an early fight. It has both covered and uncovered areas, so defensive legends can set up guarded areas and offensive legends have room to fire their abilities. The loot is decent, and there are some positional advantages to be gained by manipulating the area’s walls.

Trials is generally out of the way of most dropship paths, which makes it a great place to start more slowly. Completing the challenge inside grants good loot, which usually includes at least a gold helmet and a gold backpack. There’s also a Charge Rifle available for players who choose Bloodhound.

One of Olympus’ newest locations is also a great place to drop if you’re looking for loot and plenty of ammo. To stay out of danger, drop closer to the buildings in the back instead of landing directly in the bowl. The nearby machine guarantees at least one piece of gold loot every time it’s used.

Solar Array is the best place on any map to find sniper gear. The central platform always holds a variety of sniper weapons and attachments, plus a handful of Triple Takes and extended mags for other kinds of weapons. It’s also a popular drop point, so be sure to grab all that loot quickly.

The supply chest in the waterfall behind Hammond Labs that used to contain fully-kitted weapons and great shields has been moved to the very edge of Docks, so if you’re looking to get set up fast, head for this underrated drop point.

Another underrated drop point, Terminal provides cover from airborne attacks and prying sniper’s eyes. It has several entrances and exits that are good for quick rotations, and it frequently contains a replicator for upgrading your shield and crafting that coveted Flatline.

Bonsai is another of Olympus’ most popular drops thanks to the frequency of fights and the large amount of loot in both of the buildings. It’s hard to run away if you get trapped in the upper levels, so it’s extremely important to win the first few fights there if you want to walk away unscathed.