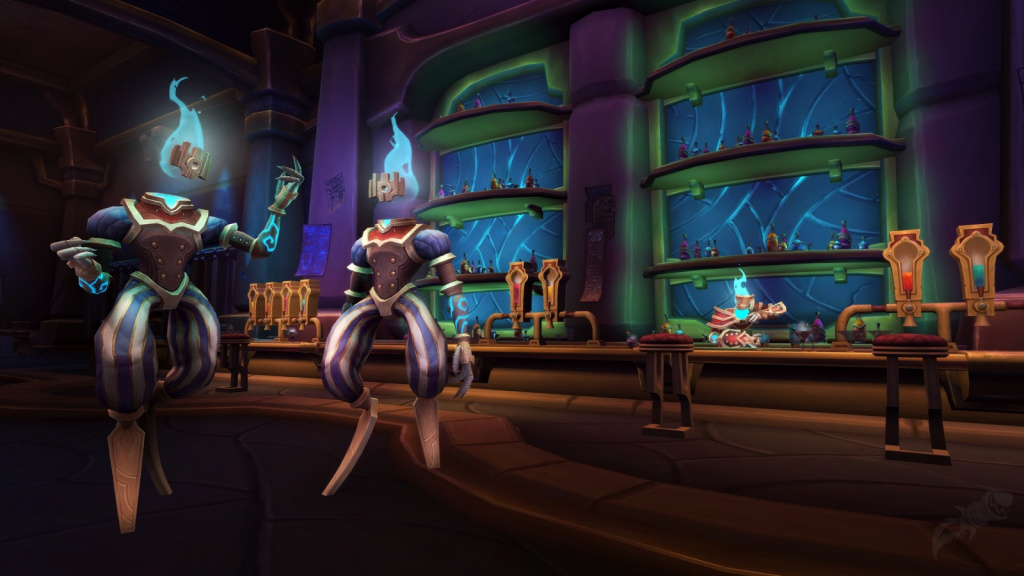 World of Warcraft players have discovered a feature coming to the game in Patch 9.1 that will allow for the quick and easy transfer of Soul Ash between characters.

Packaged Soul Ash is a new item coming to WoW next patch and it will allow players to send a total of 1,300 Soul Ash to an alt character of their choice. The item is immensely similar to the Cache of War Resources item from the Battle for Azeroth expansion, which allowed for the sending of War Resources between characters on a single account.

Last expansion, for every 650 War Resources spent, players could send 500 over to an alt character. A similar system will be in place when it comes to Soul Ash in Shadowlands. Players will be able to spend 1,500 Soul Ash to send over 1,300 Soul Ash to an alt.

Packaged Soul Ash will be bound to a player’s account, meaning you won’t be able to catch your friends or guildmates up on their legendary crafting endeavors. It’s unclear at this time if there are going to be any prerequisites for sending Soul Ash between characters.

Sending over four cases of Packaged Soul Ash to an alt will allow you to immediately craft a rank four legendary on that character. Additionally, any Soul Ash that you have laying around from your countless Torghast runs can be used to craft some of the new Covenant-specific legendaries that are coming in Patch 9.1.