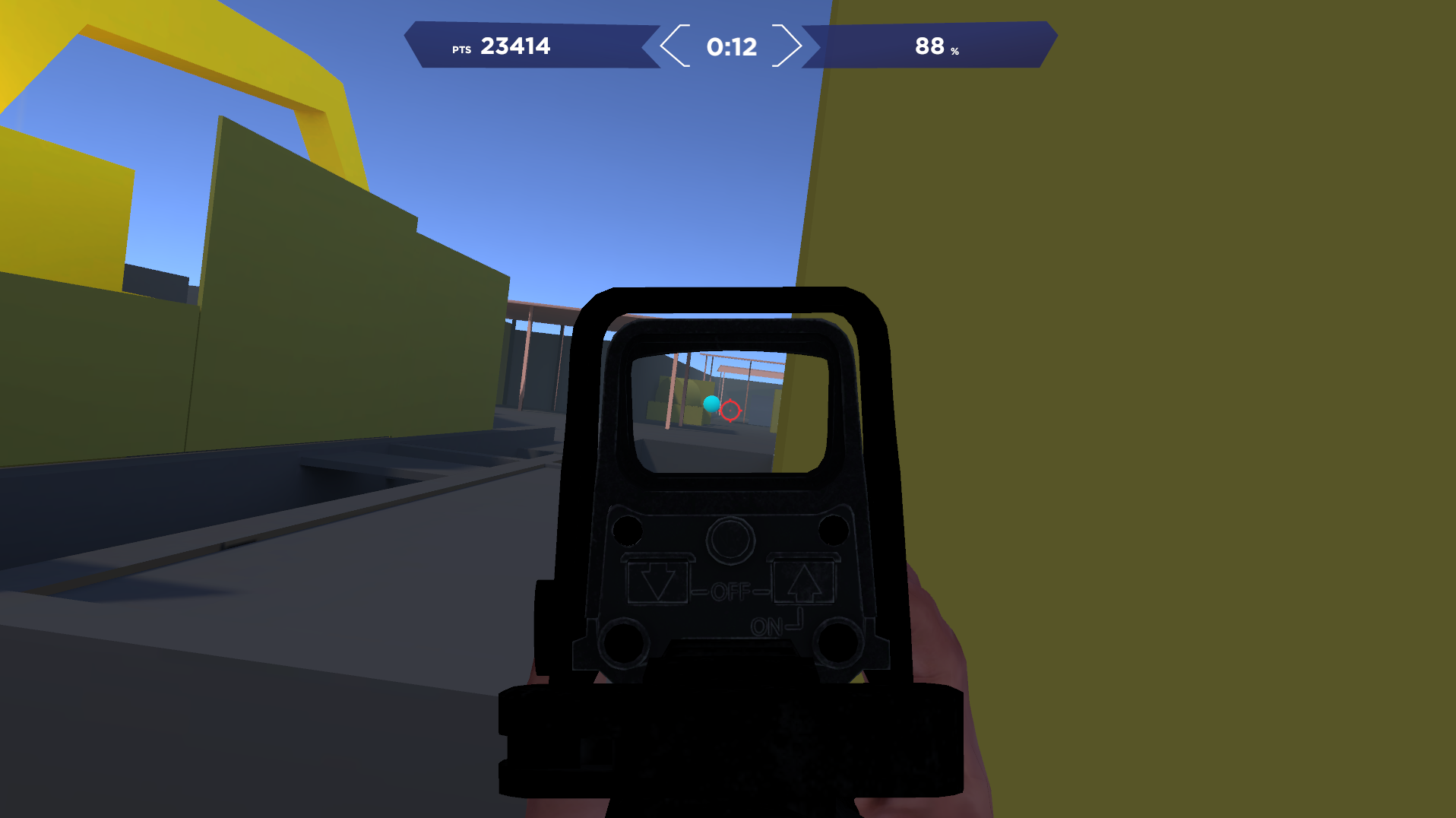 Undoubtedly, having better aim will help you climb the ladder faster in VALORANT, a game known for its “precise gunplay” (whether you take that seriously or not). While aim certainly isn’t the only thing you need to succeed in VALORANT, getting used to the aim style and weapons in the game is an essential step for any player.

The benefit of using an aim trainer as a part of you daily VALORANT grind is it removes all of the extra things you need to worry about while playing, whether that be ability usage, team coordination, or game sense in general.

This allows you to isolate your aiming skill, which can reveal weak spots and point to areas where you can improve.

Though aim training is not required to climb the ladder, many players see a clear correlation between headshot hit percentage and achieving a higher rank.

Here are the five best aim trainers to help you on your journey to Radiant in VALORANT.

3D Aim Trainer is a free aim trainer you can even play quickly in your browser without downloading the game. If you want access to features like progress tracking, advanced settings, and features that correlate to VALORANT specifically, you will have to sign up for an account on the website or download the full version on Steam. The best way to get value out of this aim trainer is definitely to use the full version.

If you need to practice flicking or train against bots, you can use the various custom game modes in this aim trainer to suit your needs. 3D Aim Trainer also has a lot of in-depth analytics, showing comparisons of how your aim has improved over time. In other words, the more you play it, the more you can tailor your aim training to enhance your abilities and train your weaknesses.

In addition to being free, 3D Aim Trainer is still being developed, so the developer will add more features and optimize existing features over time. Early access is still available on Steam for the current version.

Aimbeast is a trainer high-level players have used in several FPS games since its release in 2020. Although the graphics and models in this game are simpler than some other aim trainers, this isn’t necessarily a downside. This aim trainer allows you to get down to the basics without distractions, letting you focus on the fundamentals. The visual design of the bots may be simple, but the bot AI is customizable and one of the best features of this game. Aimbeast also has a ranking system similar to VALORANT that judges your abilities in three different skills; clicking, tracking, and switching.

Aimbeast has a map editor that makes it very easy to change the placement of boxes and walls. You can customize your environment to change features of the map and even choose settings that mimic the lighting and terrain of certain maps.

If you create a map you find particularly useful, you can also share it with other Aimbeast players in the Steam workshop.

Aimbeast is the most expensive aim trainer on this list at $19.99 on Steam, so it ranks a bit lower. Still, if you want to grind seriously and want great AI and community features, it’s worth the price.

Though it may seem lackluster compared to some other customizable game modes in FPS games, one of the best ways to truly practice your VALORANT mechanics is to use the bots in the shooting range. Just five minutes in the range with the strafing bots can help you in ranked games. You can try out a variety of weapons and skins. Although testing out cosmetics and practicing with them might seem like a waste of time, VALORANT is known for having cosmetics that change the sound and feeling of the weapons. Practicing with these cosmetics will help you get used to the boom of your new Sentinels of Light Vandal or the animations on your Radiant Crisis 001 Phantom.

The range also has another clear advantage over other aim trainers: the bots are the same shape and size as the actual agent models. It almost feels like you’re practicing against a big army of KAY/Os. The movement, though certainly not as humanlike or intuitive as Aimbeast’s or other AI, will help you learn how to tap fire, counterstrafe, and track. You can also use every agent’s ability in the range if you want to practice combinations or timing with certain abilities.

The range is in VALORANT, and you can enter it solo at any time.

KovaaK’s is one of the best aim trainers on the market and is helpful for a variety of games, including VALORANT. The game allows the player to practice their aim and techniques in various situations and circumstances, and offers a map creator to simulate maps in VALORANT. If you want to practice jiggle-peeking C Long on Haven or around the boxes on Pearl’s A Site, you can put the elements in place in KovaaK’s. You can also customize the AI bots in the scenarios to make them act like players in a game. The bots can be modified to emulate certain playstyles and agents or to use weapons that you struggle with.

Another clear advantage KovaaK’s has over other aim trainers on this list is the game is partnered with NVIDIA, so it runs smoothly with very little input lag. This means if you’re running KovaaK’s on a gaming PC, you will get a similarly optimized experience in the aim trainer as you do in VALORANT.

The only con to this is that KovaaK’s, unlike other aim trainers, has decent minimum system requirements to run it. Your PC must have at least 4GB of RAM and a minimum Intel Core i3 or AMD Phenom X3 865 processor. The graphics optimization is great, but if your PC can’t handle it, you won’t be able to use this trainer the way it is designed.

KovaaK’s also can be a grindworthy game in itself. If you love improving your skills and getting into a meditative pattern with aim practice, KovaaK’s might be a great choice. You can purchase KovaaK’s for $12.99 on Steam.

Aim Lab is the official aim training software partnered with the VALORANT Champions Tour. In addition to drills designed to help you develop the skills that are needed in VALORANT, Aim Lab also contains near-exact copies of the guns and maps in the game.

Similar to 3D Aim Trainer, Aim Lab is still in development and free on Steam.

The developers plan to add more map features, increased AI customization, and more in the future. There are also currently options to customize the weapons, create your own recoil settings, and customize the weapon sound effects. There is even an option to practice with Jett’s ultimate ability knives instead of a standard gun. The community around this aim trainer is also very active, and the trainer even has its own Discord server where players can chat about the early access version and what they want to see done differently in future updates.

Aim Lab offers rewards for completing certain challenges (some have to do with the VCT/VALORANT events), as well as aim tips so you can learn dynamically as you play.