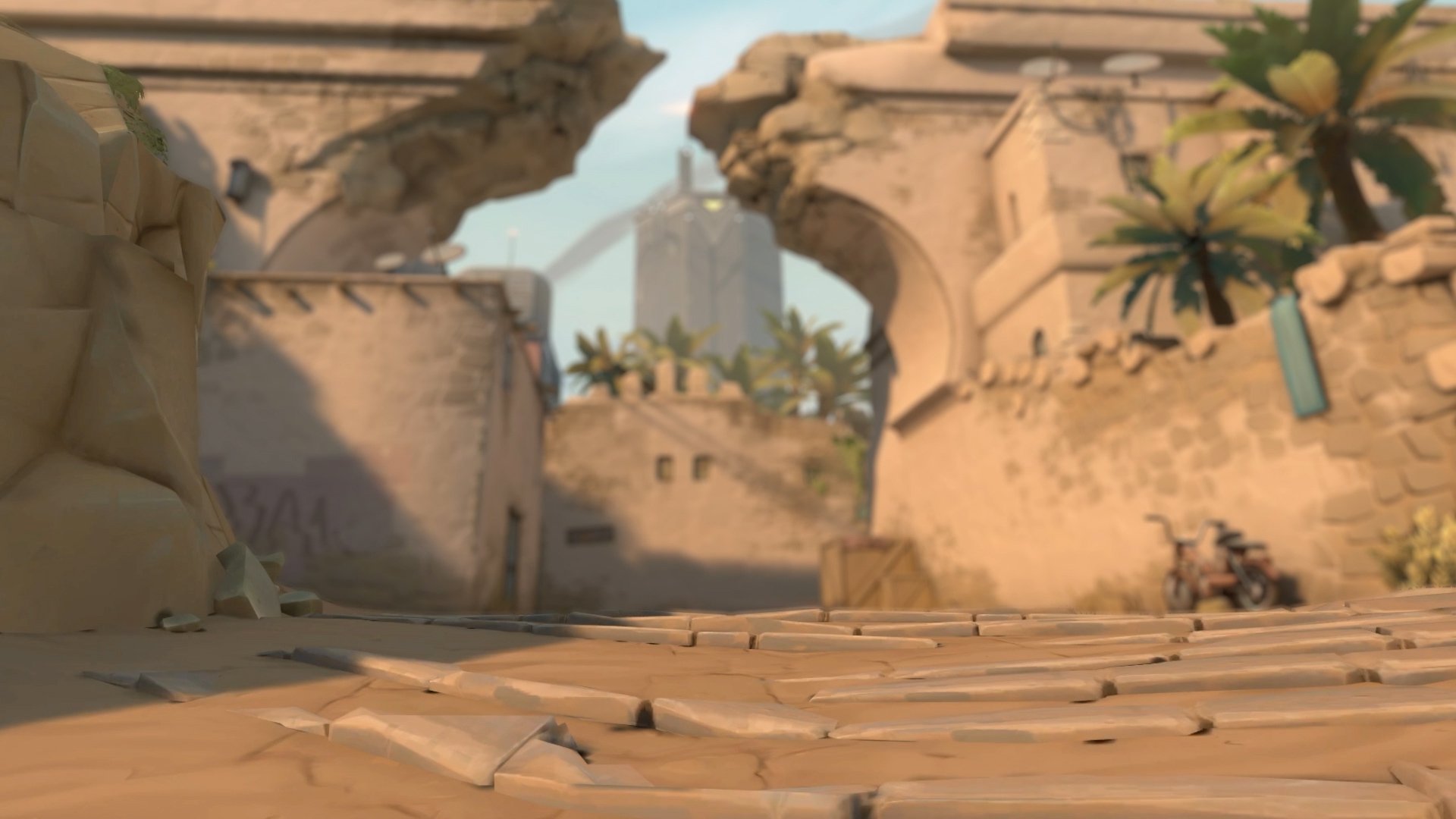 Community-made VALORANT maps might not come anytime soon, according to design director Joe Ziegler. But Riot is still dedicated to increasing map variety.

VALORANT’s closed beta released with three maps before Ascent, Icebox, Breeze, and Fracture were eventually added. And while each one offers a different feature, gimmick, and theme, some are definitely more successful than others. Dot Esports has assessed the tactical shooter’s current inventory, comparing the maps based on balance and entertainment.

Here are our map rankings for VALORANT.

VALORANT’s weirdest map is one of its worst. Introduced in September 2021, Fracture is a nightmare for players accustomed to Riot’s traditional map design. The H-shaped map is a maze of walkways, ziplines, and opening and closing doors.

The defenders spawn in the middle of the map with access to both sites, while the attackers spawn in front of a set of ziplines, allowing them to reach the northern and southern points of the map.

This offers an interesting dynamic where the attackers can attack a site from two sides of the map at once, outmaneuvering the defenders. Rotating quickly from one site to the other is another unique factor.

But while the map is certainly different, it doesn’t mean it’s fun. Bordering on gimmicky, Fracture is a confusing, clunky, and seemingly unbalanced mess of a map that will only look more flawed when it’s played at the pro level.

VALORANT players definitely have a love-hate relationship with Split.

Riot tweaked the map and adjusted barrier locations in Patch 2.01, giving attacking teams more of a fighting chance. But Split still heavily favors defending teams. In the NA VCT Last Chance Qualifier, for example, defenders won 62 percent of the rounds on the map, according to VLR.gg.

It’s simply difficult to push onto either point. Defenders can set up traps, smokes, and one-ways to stall, playing safe until the attackers decide to make a move. And Split’s tight corners and short sightlines are optimal for Raze, who can use her grenades and rockets to effortlessly kill unsuspecting enemies with little counterplay.

Unlucky teams that start off on the attacker’s side often fall into a deep hole in the first half. This puts the momentum on those who defend first, only needing to string together a couple of rounds to win the match.

Ascent made its debut when VALORANT officially launched in June 2020, offering some variety after the closed beta. But its long sightlines and lengthy rotations leave little room for error and require plenty of communication.

For Operator lovers, Ascent is fun. You can post up in the middle of the map and test your aim against any rotators, stragglers, or peekers. Since coordinating the right smokes with a synchronized push is often hard in solo queue, snipers can take advantage of a team’s miscues. And mobility agents can certainly have a lot of fun on this map, jumping on walls and crates to outplay opponents.

The map isn’t without its flaws, though. There aren’t many ways onto a site, especially considering how many angles defenders can play. All of the enemy’s possible locations can leave your head spinning. Are they at Boathouse? Hiding in Cubby? Behind the double-stack? Or simply waiting by B Tunnels? If you’re already low on numbers, you’re better off just saving your gun.

Icebox has received some mixed reviews since its release.

The snowy tundra has tight angles, choke points, long rotations, and verticality, making it a nightmare for rusty or inexperienced players. If attacking teams don’t execute their push quickly, they’re liable to get flanked from either site. If the attacking team pushes through and claims a site, they can easily cut off rotations and finish the job.

These aren’t necessarily cons or pros, but perhaps preferences. Jett, Raze, and Omen mains may enjoy the verticality, which helps them get to cheeky vantage points. And players who enjoy skirmishing and Deathmatch might like more action that tests their shot. But some tact and strategy is lost on this map, which seems to favor precise gunplay instead.

Patch 1.14 solved a lot of Icebox’s problems, reducing the height of several vantage points to create simpler crosshair placement. And attackers hitting A now don’t have to worry about enemies hiding behind the double stack of Radianite crates, which was removed.

Breeze has large open spaces, long sightlines, multiple flank options, big doors, and loads of palm trees. A Lane offers an interesting tight tunnel where players can test their skills and ego peek each other. The trap door is an interesting, albeit risky, touch where you can quickly drop into mid. And two pyramids on A site provide interesting cover for defenders and attackers alike.

The map is especially fun for Yoru mains, who can finally use their ultimate and teleports to play mind games with opponents and get behind enemy lines. Sova is also useful since his darts can pick up multiple opponents due to the map’s big sites. And Viper can easily eliminate Breeze’s open spaces with her wall and ultimate.

Haven is the one map that doesn’t clearly favor defenders over attackers. Players have three options to plant a spike—A, B, or C site—and can easily rotate through their spawn without enemies hearing them. And while defenders are forced to spread their numbers thin across the map, they can quickly rotate from one site to another.

There are also multiple ways to get on any site, leaving room for interesting pushes and strategies. And this makes getting B control tactically important for both teams. If attackers can control B, for example, they can then pick off stragglers from A and C since they likely won’t be together. If defenders can maintain B control, then they can easily rotate to either site or potentially catch enemies when they’re rotating. Garage is also a pivotal position since it can lead to C, B, and the defender’s spawn.

Haven includes a little bit of everything: tight chokepoints (A Short and Garage), long sightlines (C and A Long), and skirmish potential (B). A lot of agents can have fun on this map. Sova can nail enemies from long distance with his ultimate, Jett and Raze can hop onto crates and boxes for great vantage points, and Sentinels can set up their defenses to throw off an enemy push.

While there might not be a clear gimmick like ziplines or teleporters, the name of Haven’s game is balance. And it works to perfection.

Bind is a popular map because it’s well balanced and its gimmick, the teleporters, can help for last-minute rotations and major outplays.

The desert-like map doesn’t have a true middle lane, like Split, Icebox, or Ascent. Instead, players have to attack or defend two points on each lane for a total of four. This initially seems problematic for attackers, who are forced to infiltrate a site by pushing through extremely tight lanes (like B site’s Hookah or A site’s Showers). But the teleporters more than compensate for that.

Teams can fake a push into one site, get a pick or two, and then immediately rotate through a teleporter. This can throw off defenders, who may be forced to gamble on a rotation. Defenders, on the other hand, have clear points they need to secure. They just have to execute it well.

Teleporters aside, the map also holds some other interesting features and fair crosshair placement. The cramped Hookah can lead to great gunfights or fiery ends from a grenade or molly. And players can often get a one-vs.-one duel in Showers if they want to limit test their aim.

While Bind may slightly favor defenders, it’s not egregious enough to warrant balance changes. It’s fun, fair, and friendly to both sides.