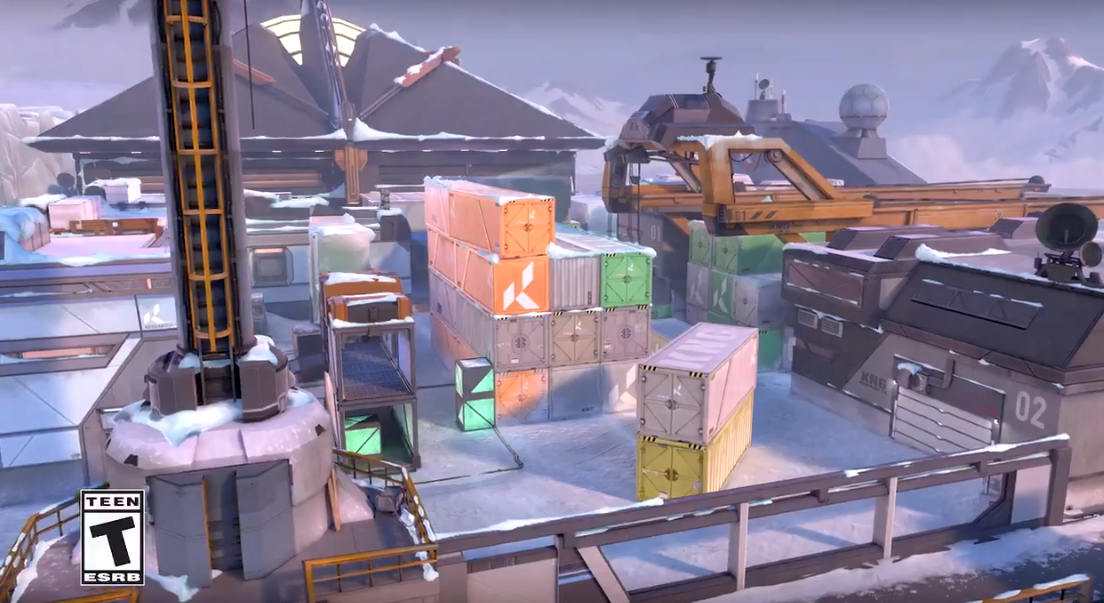 With First Strike all said and done, Riot’s ready to make some balance changes to VALORANT.

Today’s Patch 1.14 didn’t include major agent changes, aside from tweaking Sage’s Barrier Orb. But Icebox, which made its competitive debut in the First Strike main event, is being simplified a bit.

To create simpler crosshair placement across the map, Riot reduced Icebox’s verticality. The tall platform that leads to the attacker’s spawn has been shortened and connected to the A Belt area by a ramp. Defenders should now have an easier time identifying and aiming at opponents, while attackers can now silently walk along the ramp without having to jump down.

Riot also replaced the double stack of Radianite crates on A site with a smaller object. This should make attacking or retaking safer since you don’t have to worry about an enemy hiding behind them.

On the other side of the map, B site’s yellow container has also become shorter. Agents like Raze, Jett, and Omen could use the container’s height to their advantage. While they’ll still be able to climb on top of it, enemies can now fully clear it from several angles, Riot says.

This patch also introduces a Snowball Fight deathmatch mode that will run from Dec. 15 to 29. Players who jump into the fray will get a free Gun Buddy delivered at a later date.