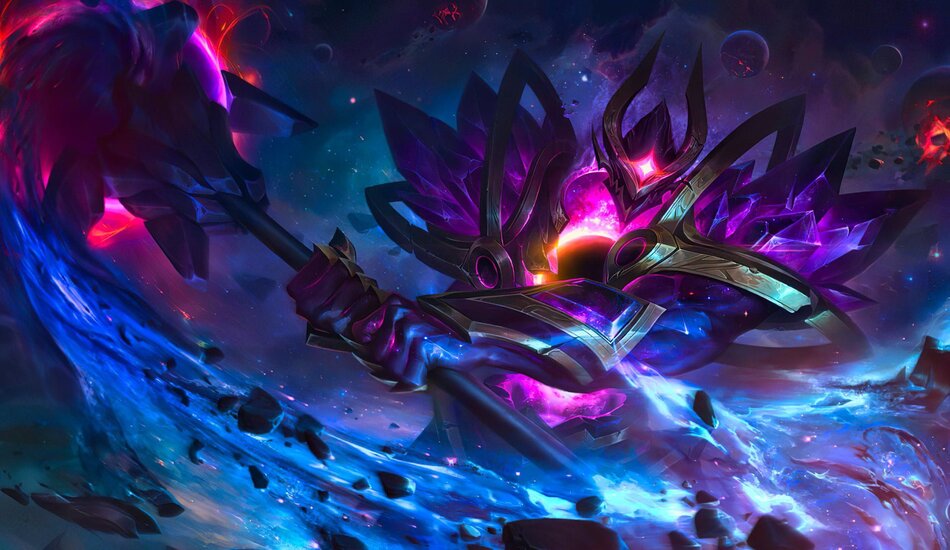 Multiple Teamfight Tactics comps remain viable to play in Patch 10.17 prior to the release of Set Four, Fates, on Sept. 16.

A number of TFT snapshots were released today, including one by top players k3soju and Wrainbash. The meta hasn’t changed much during Patch 10.17, though, since the update contained only minor tweaks. A hotfix was applied to Mech Pilot but only to tone it down some since it’s still in the top five comps to play. Choosing the right comp to purse essentially comes down to items, the type of Galaxy, and gold.

Here are three TFT comps you can use to climb the ranked ladder in Patch 10.17.

Patch 10.17 has brought about the return of Star Guardian/Protector to the top-tier meta in TFT. Janna is the strongest champion and a must-have unit heading into the late game, according to k3soju. He even suggests foregoing a three-star Syndra to move a Blue Buff onto Janna once you acquire her, while Wrainbash recommends slow-rolling at level seven for a three-star Syndra or Neeko.

Galactic Armory and Trade Sector are the best Galaxies to play Star Guardian with Neeko positioned on the frontline. Defensive items are preferred on Neeko, such as Warmog’s, Guardian Angel, and Shroud of Stillness. Neeko is the main carry, followed by Syndra, Janna, and Xerath, according to Wrainbash. Items to consider on Xerath include Guinsoos’s Rageblade, Quicksilver, Morellonomnican, and Rabadon’s’ Deathcap.

Cybernetics is still one of the best comps to run but it requires specific circumstances to succeed. Players should only go with Cybernetics when they have a “Cyber opener” and either a “bow or glove,” according to k3soju. When to roll is another key component in being successful with Cybernetics, waiting until stage 4-3 at level eight.

Galactic Armory and Treasure Trove are the best Galaxies to play Cybernetics, according to Wrainbash. He also recommends replacing Caitlyn with either Thresh or Ashe at level nine or plugging in Fizz for two Infiltrator. Other options include an Infiltrator Spatula on Irelia or the addition of a Shen/Riven at level nine for a three Blademaster trait.

Playing Dark Star in Patch 10.17 requires a Protector opener consisting of Jarvan IV and Rakan, preferably with a Warmog on JIV. Both k3soju and Wrainbash agree that Shaco is the main carry in Dark Star, followed by Jhin and Xerath. Another option consists of running Mordekaiser and Wukong on the frontline in place of Shaco and Fizz, with Thresh pulling in units during the late game, according to k3soju.

Dark Star is one of the more versatile comps, allowing players to essentially play what they get. Rolling at level seven or eight is fine, keeping an eye out for key champions like Fizz with Shaco, Jhin, Xerath, Karma, Lulu, Wukong, or Thresh—depending on the path chosen and what comps are getting played by opponents in the lobby. The best Galaxies to run Dark Star comps in are Superdense and Plunder.

Key items on Shaco when running Dark Stars are Guardian Angel, Hand of Justice, and Rapid Firecannon. Blood Thirster, Infinity Edge, and Deathblade are also solid item options. Jhin as a secondary carry fires off best when equipped with Giant Slayer, Last Whisper, and Infinity Edge. And Xerath pops off with items like Rabadon’s Deathcap and Guinsoos’s Rageblade.