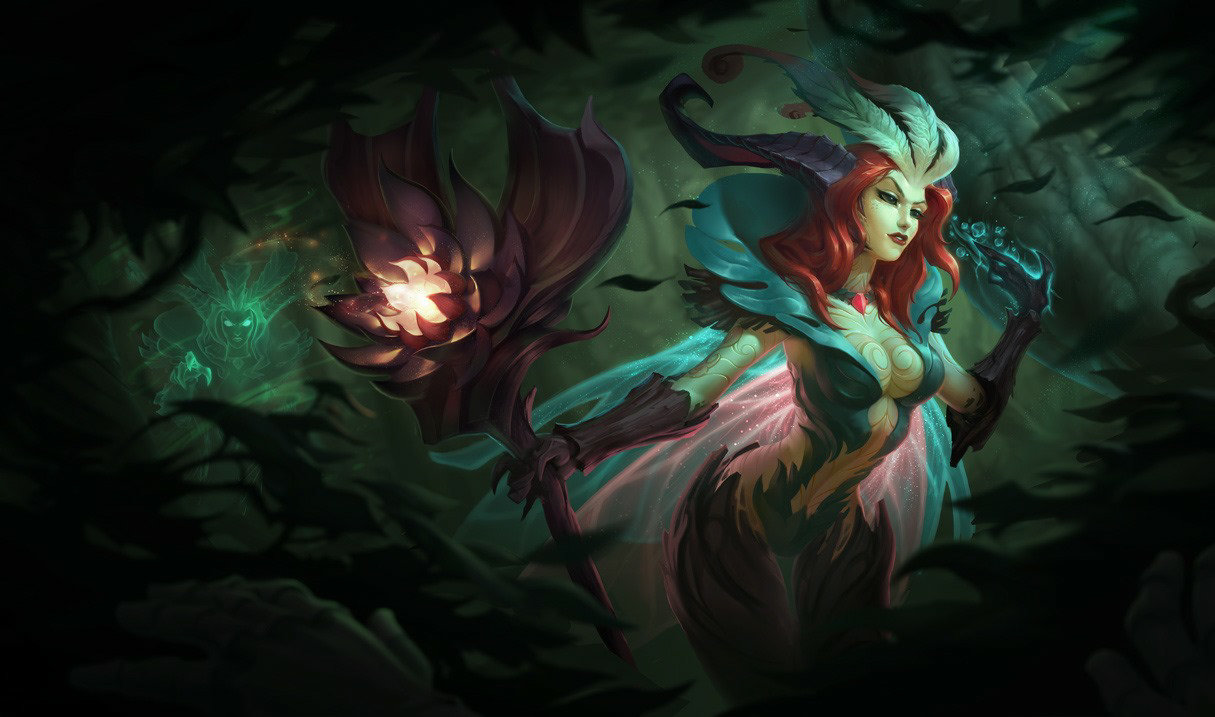 TFT devs at Riot Games apparently put the content from the upcoming update, Rise of the Elements, in the hands of content creators since Rakin’s reveal wasn’t the only official showcase from a streamer today. His reveal was certainly one of the larger ones, though, in terms of its sheer amount of content.

LeBlanc is the entirely new champion and she’s being released as both a Mage and an Assassin. TFT players are already familiar with Assassins, but Mage is a new synergy entirely. As her ability, she throws an ethereal chain out at an enemy, dealing damage and stunning them after a short time.

Zed and Kha’Zix are both being revamped, which is something Riot’s been teasing for quite some time. As most TFT players know, some champions were added to the game originally wearing one of their many skins and the idea was always to replace those versions with other skinned variants and new abilities. As such, both Kha’Zix (who’s now Guardian of the Sands Kha’Zix) and Zed (now Shockblade Zed) have new abilities and synergies. Both are still Assassins, but Zed will now summon a clone of himself and Kha’Zix will go invisible for his ability.

For full details on TFT’s massive upcoming update, keep your eyes peeled on Twitter where most content creators are making reveals today.