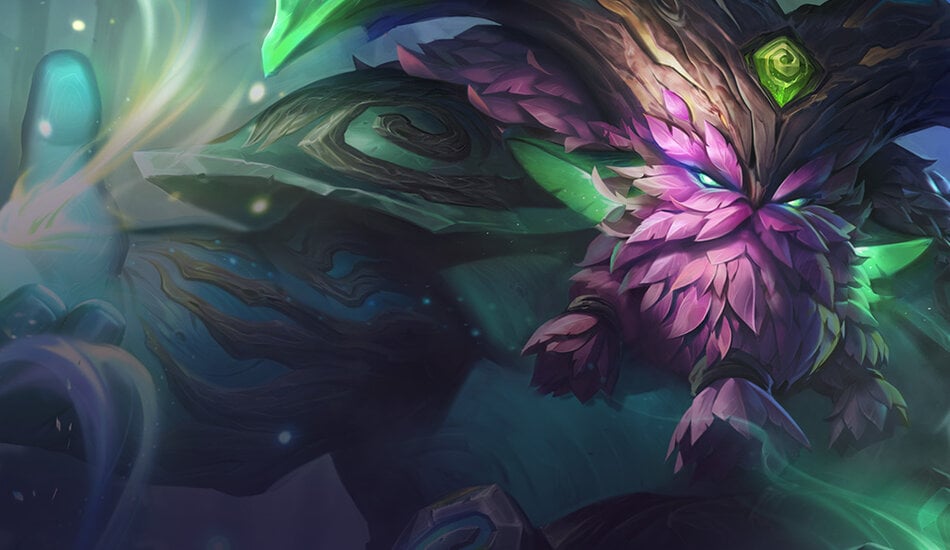 The return of Ornn to Teamfight Tactics has introduced 10 crafted Artifacts, or potentially game-changing items, into Set 4.5 Fates: Festival of Beasts.

Ornn is a five-cost champion with the traits Vanguard, Elderwood, and Blacksmith. He’s a powerful frontline tank who summons an elemental that slows enemies down and deals magic damage as it passes through. Ornn is also a Blacksmith within TFT Set 4.5, a unique trait that has the five-cost legendary craft an Artifact.

Upon participating in a combat round, Ornn starts crafting one of 10 Artifact items in his arsenal. The higher his star-level, the faster he works.

Each Artifact is unique in that a champion can only be equipped with one, similar to Blue Buff and Infinity Edge. The debate on which Artifact is the best likely won’t be decided until Set 4.5 hits live servers. Principal TFT game designer, Stephen “Mortdog” Mortimer, started the conversation via a tweet following the first week of PBE testing, showcasing a Reddit user’s Ornn Artifact graphic while seeking feedback. But with so many balance changes taking place in multiple PBE patches, opinions will likely vary until Set 4.5 hits the live servers.

From infinite stats to shredding armor and magic resistance, here are the 10 Artifacts Ornn can craft:

The mid-set Fates: Festival of Beasts will launch via live servers on Jan. 21. Stats and descriptions for each of Ornn’s 10 Artifacts are subject to change prior to the TFT Set 4.5 release. Any changes made before and after the launch will be updated in this article.