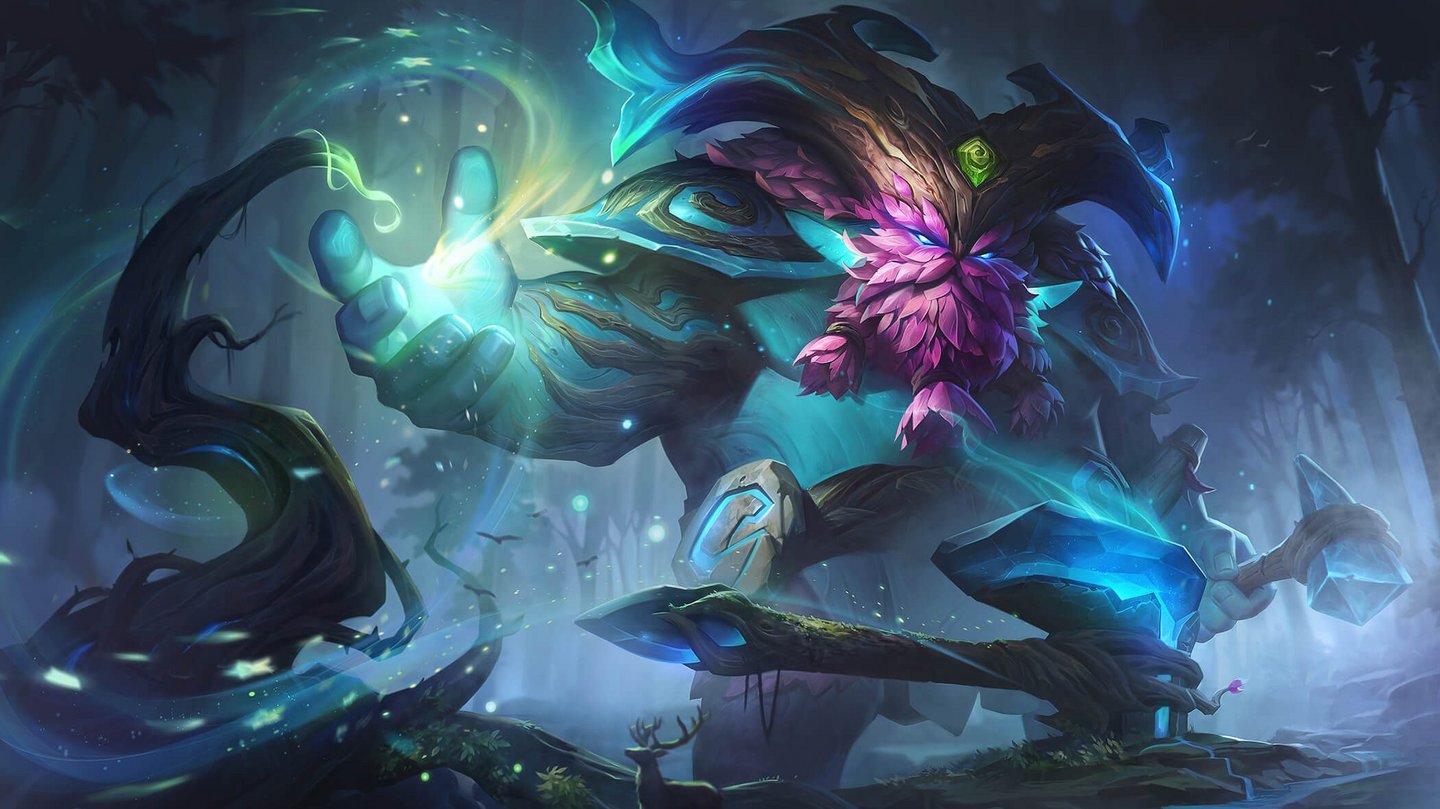 Ornn is returning to Teamfight Tactics in Set 4.5 Fates: Festival of Beasts with the traits Elderwood, Vanguard, and Blacksmith, Riot Games announced today.

Riot revealed every new mid-set update champion and trait today via the Set 4.5 overview—and Ornn appears to be a strong, five-cost unit. Releasing on Jan. 21, the second half of the Fates set contains existing and new traits. Ornn is a legendary champion within the Elderwood and Vanguard traits. He also has his own unique trait called Blacksmith.

Ornn will likely be a frontline unit due to his Vanguard and Elderwood traits. His base stats stun enemies, providing backline units with time to deal damage while dealing plenty of damage himself. Ornn’s ability summons an elemental that slows the attack speed of enemies hit by 50 percent for three seconds, dealing 150/250/750 magic damage.

If the elemental runs into Ornn, he “headbutts it,” sending it toward a distant enemy—stunning for 1.5/2/15 seconds and dealing 150/250/750 magic damage. It’s likely that Ornn will only get to cast his elemental once per match, according to principal TFT designer Stephen “Mortdog” Mortimer and lead Set 4.5 designer Giovanni Scarpati. As a one-star unit, Ornn is on the “weak side.” But his Artifact crafting makes up for his power levels.

Ornn is also equipped with the Blacksmith trait, producing Artifact items that can be equipped to any allied champion. A total of four “example Artifacts” were revealed by Riot out of a possible 10.

Ornn crafts an Artifact after “participating in combat.” A higher star level will prompt Ornn to produce an Artifact faster. Upon completion of crafting, the item appears and can be equipped to any allied champion with an open slot.

Muramana provides units with plus-20 attack damage, plus-20 attack speed, and plus-15 mana. It also restores a unit’s mana to 100 after the wearer casts their spell for the first time during each combat. Muramana works on big champions like Sett and lower mana champs such as Kindred, causing her to “ult multiple times with a mana item,” according to Scarpati.

Unlike the other Artifacts, Trinity Force provides plus-33 of every possible stat other than health. It also pumps up a unit with plus-333 health.

The Collector is an Artifact that’s ideal for units that are equipped to finish off enemies. It provides the champion with plus-40 attack damage and plus-20 percent DPS, while instantly eliminating an enemy damaged who’s below 10 percent health. With each execution, gold is generated.

Players can test Ornn out this week on the PBE. The official launch of TFT Set 4.5 is scheduled to take place on Jan. 21.