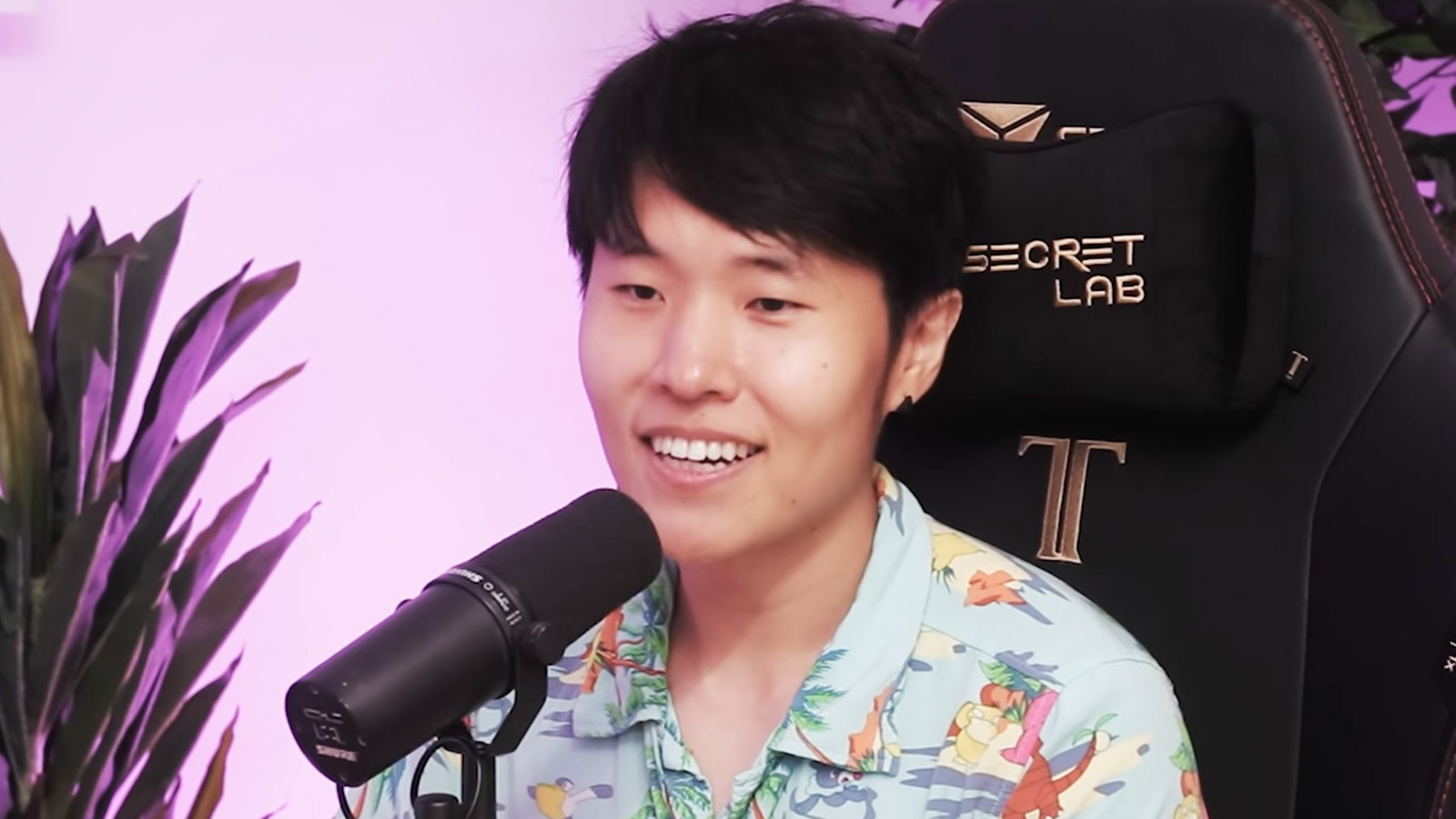 Jeremy “Disguised Toast” Wang is one of the most recognizable names on Twitch. However, it wasn’t always that way. He used to work as an app developer for various companies, including Mercedes Benz and the NFL.

As a young adult, he had a lot of passion for Blizzard’s hit digital collectible card game, Hearthstone. He started making videos about it in his spare time on YouTube, the earliest of which can be traced back to 2015.

Most of it revolved around weird card interactions. They were also accompanied by infographics, which explained things in more detail. Redditors loved it, and it wasn’t long before the community embraced him.

As his popularity grew, he started streaming his Hearthstone games.

His username is a reference to the SI:7 Agent card in Hearthstone. When played in-game, it says, “This guy’s toast!” He also used to wear a toast-themed mask to hide his face, but accidentally revealed it in 2016.

In 2017, he joined OfflineTV, where he met some of his closest friends, and has since become an integral part of the content creator group. His popularity grew even more with the release of Teamfight Tactics in 2019.

At that point in time, he was the second most-watched streamer on Twitch. He also had 1.3 million followers on the platform and an additional 950,000 subscribers on his YouTube channel. But then he shocked the world.

Towards the end of that year, he announced a shock move to Facebook Gaming, making him their biggest acquisition. However, he left the platform in 2021 after a two-year stint and returned home to Twitch.

He’s been a pillar in the streaming community ever since.

Disguised Toast, at a glance

What games does Disguised Toast play?

Disguised Toast’s most-streamed game is Hearthstone. He’s streamed it for almost 4000 hours, which amounts to 50 percent of his total stream time. It dwarfs his second most-streamed game, Teamfight Tactics, by 3400 hours.

Toast is also synonymous with Among Us. It doesn’t appear in his most-streamed games on Twitch because he was at Facebook Gaming during its peak.

However, it would be right up there based on hours played on-stream.

What is Disguised Toast’s streaming setup?

Here’s a quick breakdown of all the components used in Toast’s gaming rig.

How much does Disguised Toast make?

In 2019, Toast said he earned around $14,000 per month from the 4,000 subscribers he averaged on Twitch and made an additional $12,600 monthly from his YouTube channel. That’s not including sponsorship deals.

However, he also made a lot of money from the exclusivity deal he signed with Facebook Gaming. The exact numbers are unknown. However, he once described it as a “good amount,” so it could be in the millions.

Toast claims Twitch offered him 30 times less when trying to entice him, which he felt was insulting. However, after negotiating things, they agreed on an undisclosed amount.

Where is Disguised Toast from?

Toast was born in Taipei, Taiwan, but his family moved to Penang, Malaysia, before his first birthday.

Eventually, his older brother moved to Canada to further his education, so Toast and his family moved to Kingston, Ontario.

Why is Disguised Toast so popular on Twitch?

It isn’t easy to pin Toast’s popularity onto one specific quality. Everyone likes him for different reasons, which is probably why his passionate fanbase is one of the most diverse communities on Twitch.

His oldest fans know better than anyone that he’s a master strategist, as evidenced by his success on Hearthstone. So, he genuinely offers something to everyone, and that’s probably why his popularity is still growing.

Toast’s most popular clip on Twitch is of him talking about the experiences some female OfflineTV members had with Federico “Fedmyster” Gaytan. He cries and says he felt he should have done more to support them.

So what’s next for Disguised Toast?

Toast is already one of the most well-rounded variety streamers on Twitch. So, the nature of his content will likely be the same in the foreseeable future. However, he has teased some exciting plans and projects.

For example, he wants to host a Naruto watchalong marathon, fight against another content creator in boxing, host more IRL streams and travel vlogs with OfflineTV members, and participate in more Twitch Rivals events.

He’ll also continue to host the OfflineTV Podcast on YouTube and even said he’d be open to switching to the Google-owned platform at some point, although he has some concerns about their strict DMCA policy.