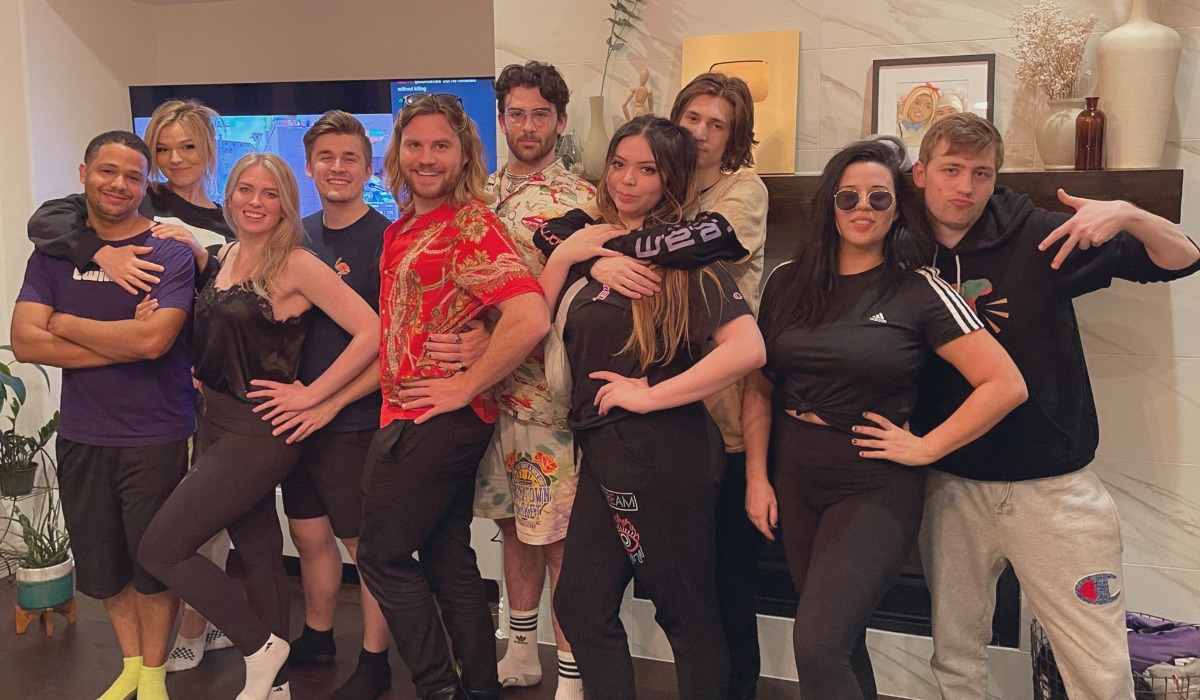 ShitCamp 2021, a multi-day event where top Twitch personalities meet up for IRL shenanigans in Los Angeles, California, kicks off today. The event will run from Sept. 26 until Sept. 30, offering viewers the chance to watch some of their favorite Twitch and YouTube personalities interact and create content with each other in real time. ShitCamp comes after the success of ShitCon, a similar event which occurred in May 2021.

On Sept. 9, QTCinderella released a trailer for ShitCamp 2021 on YouTube. The trailer announced all of the different content creators in attendance, including Adeptthebest, Austinshow, Hasanabi, Justaminx, Ludwig, xQc, Myth, Sodapoppin, and more.

Sixteen Twitch streamers will be “staying in a house together and live-streaming ‘organized’ events,” according to the event’s website. ShitCamp will function like a reality show, where streamers will engage in a number of different activities for viewers on Twitch.

ShitCamp events will be broadcast on a number of different creators’ channels, so viewers should check out the official schedule to make sure they tune in to the right Twitch broadcast for each streamed activity.

The “Opening Ceremony” for ShitCamp will take place tonight at 9pm CT on xQc’s Twitch channel. The streamers will be starting with trivia and games of Mafia. Tomorrow’s events include a streamed Pancake Breakfast, a Chopped Competition, a Mogul Money event starring Ludwig, and an IRL scavenger hunt.

Specifically, the scavenger hunt will be live on two streams simultaneously, so viewers can watch it from xQc’s or Hasanabi’s Twitch channels. After the scavenger hunt, there will be a Ghost Stories and S’mores event featuring streamer WillNeff.

Sept. 28’s broadcast will include a French Toast breakfast stream, followed by a live hiking stream hosted on Myth’s channel. In the afternoon, Hasanabi and xQc will be doing a livestream from a real gun range. In the evening, there will be a PJ Party stream with “Face masks, nail painting, Never Have I Ever, and Who’s Most Likely To” games.

Ludwig calls the kickball tournament “The most ambitious crossover event in history.” In response to Ludwig’s announcement video for the kickball tournament, OfflineTV wrote: “We are going to destroy everyone.” 100Thieves content creator Valkyrae also expressed her excitement, exclaiming in all-caps, “TIME TO KICK BALLS WOOOO.”

Twitch streamer Anne Munition expressed her disappointment in not receiving an invite to the tournament, writing: “wow imagine not inviting me when I was back-to-back champion of my elementary school’s kickball tournaments.”

Content creator ConnorEatsPants also weighed in on Ludwig’s announcement, writing, “i will be there too even tho im not in 100T, OTV, or Shitcamp. Connor Esports representative.”

Fans of ShitCamp should know that this won’t be the last event of its kind. According to the ShitCamp website, there will be a related event called ShitSummit later this year. ShitSummit does not have an official date yet, but it is being planned for the upcoming winter season.