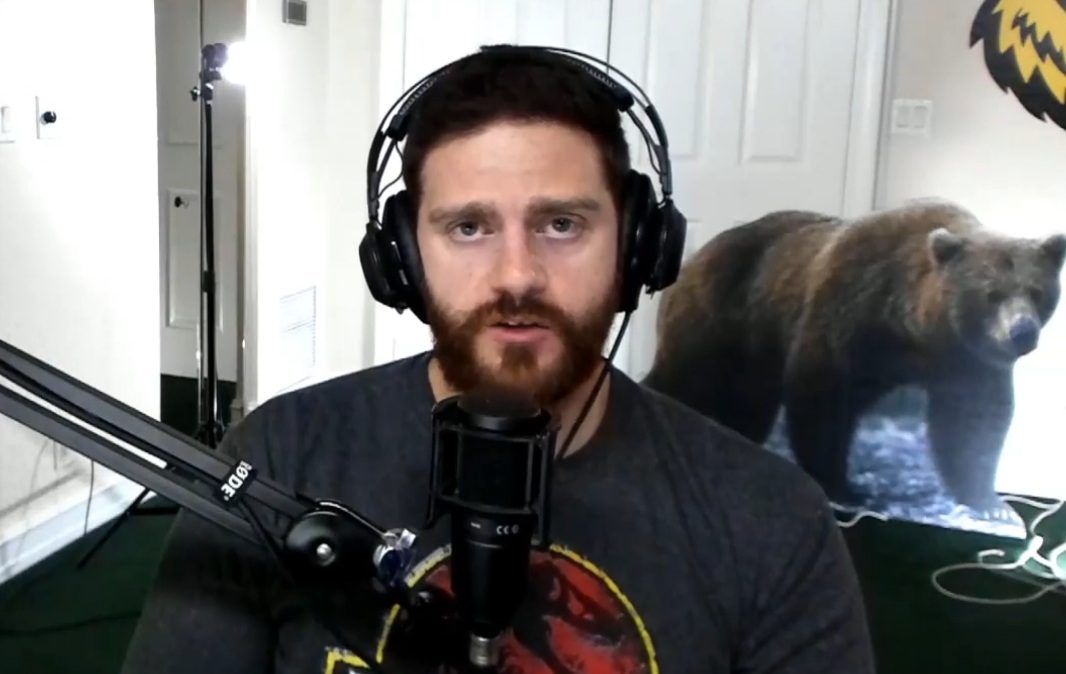 If you thought a Twitch ban would curb Grizz’s Kaitlyn “Amouranth” Siragusa parodies, you were wrong.

The PlayerUnknown’s Battlegrounds streamer imitated ASMR streamer Amouranth⁠ again. Grizz released a video on his Twitter today where he escapes from “Twitch jail” to commemorate the end of his suspension.

Grizz locked himself in his dog’s crate with a paper labeled “Twitch jail” placed on it. The streamer, who’s donning a grizzly bear mask, then kicks open the crate and roars at the camera.

“Wild grizzly bear escapes from Twitch jail,” the streamer said. “It’s good to be back.”

The skit alluded to a video Amouranth posted on Twitter after she was unbanned from Twitch where she announced “I’m free” after busting out of a dog crate.

This is the second reference Grizz has made to Amouranth after he was banned for using a fake pair of testicles to recreate the ASMR streamer’s “accidental nudity” slip.

Grizz tweeted a satirical apology yesterday about his ban with the artificial scrotum making a second appearance.

“Now that I think about [my ban], it wasn’t really that funny,” Grizz said. “So I do apologize if I upset anybody. But being away from the stream has given me the opportunity to do things in the real world, like riding my bike.”

The streamer went on to participate in a few mundane activities while hanging a little too low.

Fans who want to catch Grizz’s broadcast can tune in to his Twitch channel⁠ where he should be streaming PUBG without fake gonads.