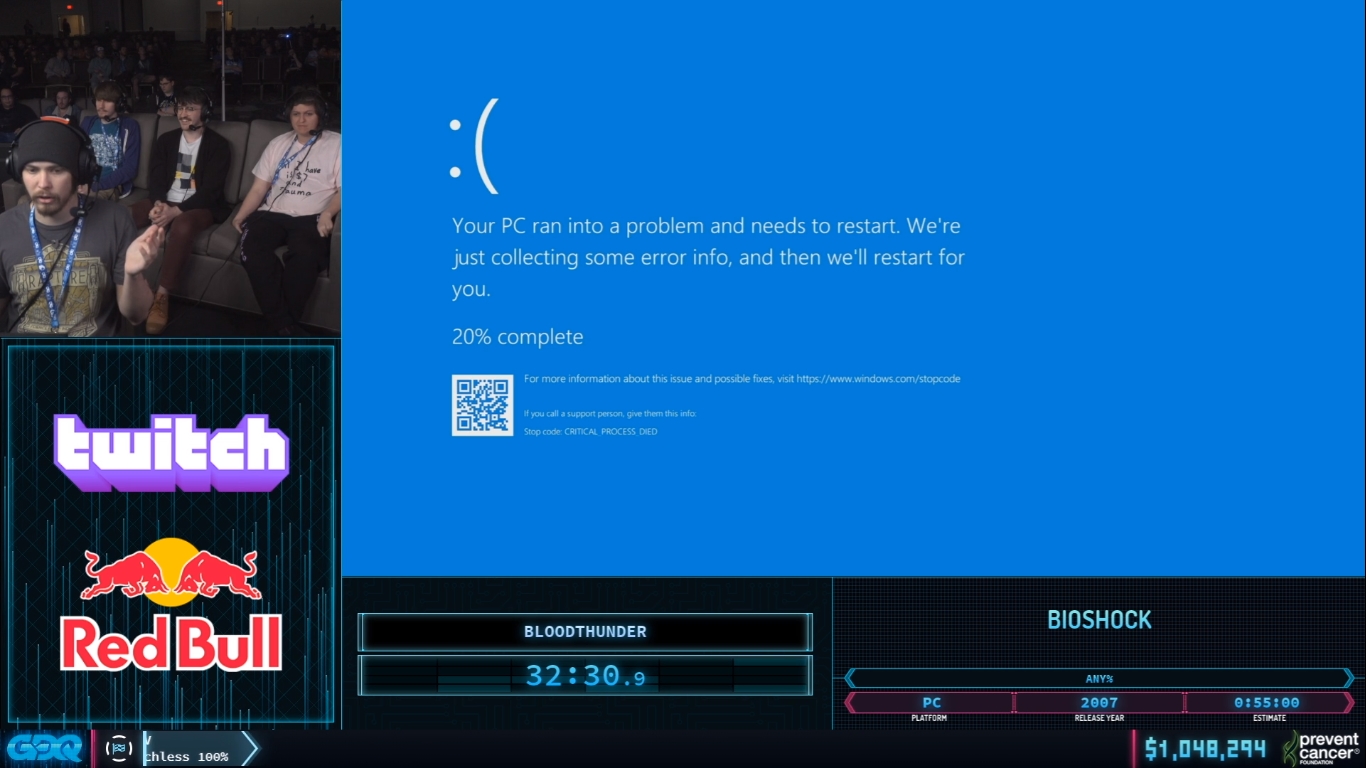 AGDQ speedrunner BloodThunder fooled the whole stream earlier today by faking a PC crash in the middle of his BioShock run.

While he was playing, a blue error screen suddenly appeared, surprising everyone. “It’s fine, we’re playing this,” BloodThunder said, showing the beginning of Skyrim on the screen to make viewers believe that he was going to play that game instead. Then, BioShock came back on the screen.

This isn’t the first time BloodThunder has made this joke, though. At SGDQ 2016, he edited a fake automatic PC restart for a Windows 10 update during his BioShock run.

A few hours after finishing his run, he talked about the joke on a Reddit thread of his prank’s Twitch clip. “Glad you all enjoyed the cutscene edit, it’s always a fun moment to plan out,” BloodThunder wrote. He may plan something different for AGDQ 2021, however.

BloodThunder’s speedrun was full of funny moments. Ten minutes after pranking the viewers with that fake crash, he roasted the Twitch streamer Alinity with a reference to the scandal where she violently threw her pet on stream.

BloodThunder finished the run with a time of 49:59, finishing off the final boss in one minute. The world record for a BioShock speedrun is held by glurmo at 39:19. BloodThunder has the eighth quickest speedrun with his fastest time being 42:06.

This year’s AGDQ has two full days of streaming to go before ending. It surpassed $1 million donations yesterday. You can watch the stream here.