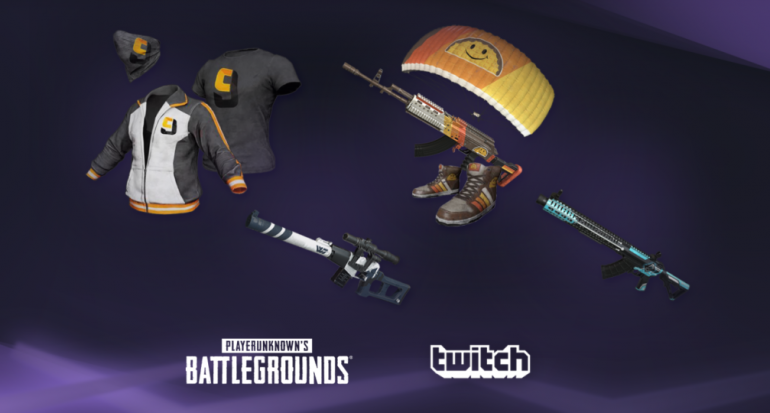 Twitch and PlayerUnknown’s Battlegrounds are teaming up to offer a bunch of cosmetic items based on your favorite battle royale streamers.

Alongside a Michael “Shroud” Grzesiek weapon skin and Justin “Just9n” Ortiz clothing set, PUBG and Twitch have listened to fans’ demands for which streamers they want to buy items for next and have added cosmetic items based on Jake “chocoTaco” Throop and Henrik “WackyJacky101” Kjærulff, too.

ChocoTaco is the first streamer to get a parachute cosmetic skin alongside a gun skin and a pair of boots, while there’s just a WackyJacky101 weapon skin available in the store.

The items cost between $2.99 to $9.99 each and can be purchased from the PUBG in-game store. The items will only be available until May 14, however, so you’ll need to act fast if you want them.

Each sale will directly benefit the Twitch streamers as well. A portion of the proceeds will go to each personality when one of their items is purchased.